I don’t believe any of these are drastic issues, or difficult to fix, but with a small amount of housekeeping these updates could seriously add to the spectacle of the game.

I am not proposing law changes in this article. This is simply an appeal for the rules to be adjudicated correctly, or for a particular interpretation to be tidied up.

Disclaimer: I play with a number seven on my back, so obviously I follow rules with great integrity.

1. Letting the halfback take an age with the ball in the ruck
The referees invariably give the scrumhalf enough time with the ball to take it out on a date. Wine and dine it in style. Player and ball have a three-course meal with dessert, a lovely walk along the waterfront, before a cheeky kiss at the doorstep at home. “Oh, now if you don’t mind passing that ball from the ruck please.”

Even with a clean and fast ruck the referee doesn’t mind if three or four forwards meander over to create a chain while the half rolls the ball out with his foot or claws it and places it exactly where he wants it. The call of “use it” is as useful as an ashtray on a motorcycle as the halfback doesn’t even react to this call. They feign deafness and proceed to take their sweet time courting the ball with dreamy innocence.

This issue slows the game down, it diminishes the challenge for the ball and doesn’t add anything of positive substance to the contest. The chains that forwards make to protect the halfback look terrible, and these players are not seriously a part of the ruck. However if the halfback is given less time to clear the ball the forwards won’t have time to create this abhorrence.

And it’s such an easy fix. The law doesn’t need to be changed, it just needs to be adjudicated clearly and a less amount of time given to the number nine.

2. Letting the halfback fake the pass
Sorry to keep hating on you little blokes, but this is a complete misuse of a rule. It’s plain and simple, it is illegal for the man at the base of the ruck to fake the pass. No one is throwing huge dummies, but subliminal movements, which indicate the beginning of a pass are definitely being carried out. Even TJ Perenara, unarguably the most honest and law-abiding player in the game, does this just about every game, with other players also using this sham pass recently.

This was a law that seemed to be clearly called out in the past, but it seems the little shoulder fakes or head movements that make an opposing player believe the ball has exited to the ruck are now being given more leniency. This may not seem like a big issue, but what if an attacking team draws a penalty from an overzealous defender being called offside due to its use, leading to points from a penalty or ensuing try. Although I haven’t seen this situation yet, if it is not nipped in the bud it could affect the outcome of an important match.

In this instance I have noticed sometimes the referees (not always) taking the play back to the scrum inside the 22. This is a massive waste of time as nine times out of ten the defending team who now have the ball will kick to touch if they win the scrum. I would argue they have less advantage because they have to win the scrum first.

4. Not awarding dominant scrums
The scrum is an incredibly technical area, and one that probably raises the most concerns over referee interpretation. Indeed, it does seem that sometimes the referee makes decisions that are vaguely justified.

This is inevitable in the game. Human error is a real thing and is something that can never be eradicated from the game completely. Yet it appears as though with some referees, they are referring to their astrological birth chart, or spent tea leaves to help make their decision.

So why then, with this occasional ambiguity, when an attacking team clearly has the dominance and is going forward, does the referee call it back because the front rows have popped up? When it’s obvious who has the dominance it seems very easy for the referee to make a decision that few would complain about.

I am very aware that there are a plethora of laws around the scrum that can mitigate a dominant scrum’s right to a penalty. A team going forward is not always in the right. Yet when there have already been several scrum resets and an attacking team has the clear dominance and movement towards the attacking end, do referees who seem to understand little about scrum technicalities not award a penalty?

Very fixable. Take the pressure off yourself, mate, and make the call. 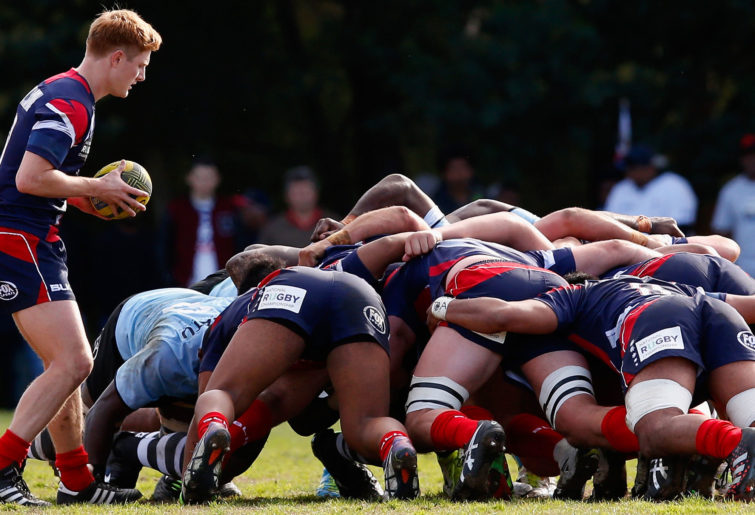 5. Not allowing fake injuries
This is not exactly a law, and it doesn’t particularly need to be written down as one, but seeing players stay down when hit late or during possible obstructions is making this beautiful game more like the round-ball code of football. And I mean this in a negative sense. Acting should be reserved for movies, not the sporting arena.

I hope that referees eradicate this ugly aspect, which is slowly becoming more prominent in our game. The same way that players are not supposed to tell the the referee how to manage the game, players should not be allowed to influence a referee to make a decision based on their staying on the ground.

This one may be hard to adjudicate on as it is not always clear cut, and we certainly don’t want to be risking injuries by accusing a player of faking when he is not. Yet often it is very clear cut. A player gets hit late, they lay prone on the ground like a five-day-old corpse, then once they hear the magical whistle they’re up on their feet and bounding around like Bambi after a triple latte. It looks pathetic.

What’s worse is they are reducing the amount of care that should be shown to genuinely injured players. If rugby teams are given more and more free rein to bung on injuries, it will be harder to take serious action or differentiate between real and fake issues.

This doesn’t need to be a law because the players should just be better at this. We want to see our players competing with integrity. A bit of gamesmanship is always a good part of the game, but faking an injury is downright lame.

Summary
The laws have been updated a lot in recent years, and many of them for good reasons. Some of the new laws being trialled in the Super Rugby Aotearoa and Super Rugby AU competitions are there to create a faster and more attacking display, or to create a genuine competition.

The recent tightness brought in around head high or dangerous collisions was annoying at first, but now that everyone is used to it there are very few complaints about decisions in this area. And even better, the players are safer.

Any rule updates that allow the game to speed up, be a more exciting spectacle or to keep players healthier is a great thing, yet we mustn’t forget the existing laws and why they are there.

I believe that rugby is one of the best refereed games on the planet.

I hope that it continues down this path.