Third-placed Phoenix scored first but lost 3-1 to Sydney and now have only the minutest mathematical hope of preventing the Sky Blues from winning the premier’s plate.

The first match of the restarted competition produced plenty of drama, but Phoenix got no joy when it came to the big decisions in the game at Sydney’s Netstrata Jubilee Stadium.

They had two penalty calls rejected and a goal rubbed out by a line-ball offside call when the game was 1-1.

The contentious VAR system has been suspended for the reminder of the competition’s home-and-away schedule, with a decision to be made later about finals.

“I was quite pleased with the VAR, the way it worked, and I believe it should be there.”

While Wellington finished their three-match series against Sydney with a draw and two losses, Talay was very happy with the way his side played on Friday night.

“We played some really good football, I thought we were the better side,” Talay said.

“The players will have a lot of confidence, I think they know that they played well.

“We will grow from this, we’ve got another five games to build that momentum up again.”

Influential imports Ulises Davila and Gary Hooper played around 25 minutes on Friday off the bench, after having a couple of weeks less training in Australia than their teammates.

Both were were staying in a separate hotel from the rest of the squad, after completing an isolation period following time spent overseas.

“We will slowly build them up and try and give them game time so they can regain their fitness,” Talay said. 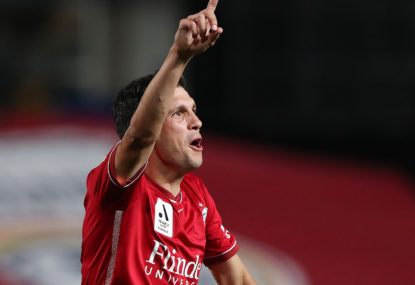 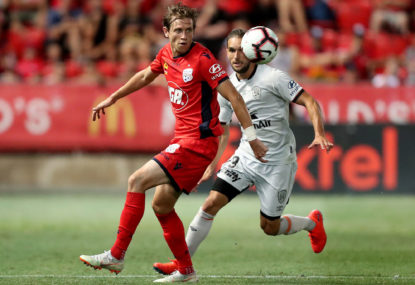