The list of players available for him to select is shrinking by the week. An injury list already comprising superstar captain Nat Fyfe; key defensive pillars Joel Hamling, Alex Pearce and Griffen Logue and even their backup in Brennan Cox; high-profile recruit Jesse Hogan; veteran Stephen Hill; and young talents Hayden Young and Sam Sturt has been added to after a horror night at Optus Stadium against the Cats.

Young emerging midfielder Darcy Tucker limped off with a hamstring problem just three minutes in and stand-in captain and superstar forward Michael Walters joined him in the last quarter.

It capped off what was a dirty night for my beloved Dockers, who kicked only two goals for the match and narrowly avoided their lowest-ever score in the AFL.

It’s a bitter pill to swallow as a supporter when practically half of your best 22 is sitting in the stands. But out of all this misery, opportunity comes knocking. 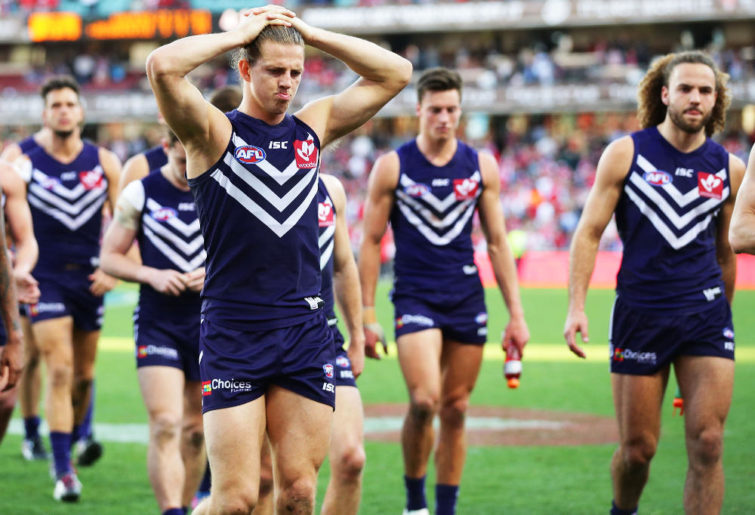 With two wins and six losses Fremantle’s season is done. They will not be playing finals this year and, in fairness, after enduring four awful years under Ross Lyon, it was never the expectation in Justin Longmuir’s first season in charge anyway.

But with so many out, opportunity now comes to the young guys who will be the future of this football club.

Under Ross Lyon young players weren’t given enough opportunity, and even when the Dockers were having success in 2012-15 the drafting had been poor and not much youth had been pushed through the system.

None have looked out of place, and they have perhaps outperformed some of their senior counterparts. Serong and Young in particular have been mightily impressive, with the former being the absolute shining light last night, going head to head with Patrick Dangerfield and coming away with 22 touches and a goal.

It may well be enough for him to earn a rising star nomination and become the second Docker this season, after Sturt, to do so. 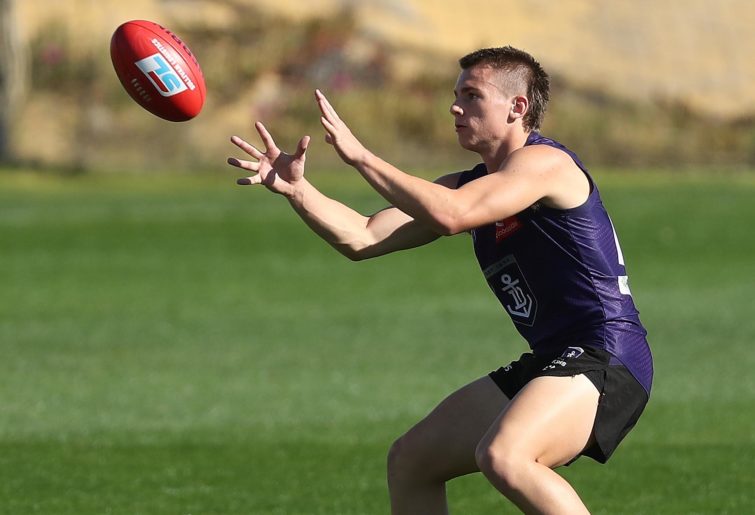 In addition to the sparkling performances of the first-year players, it is looking like this may finally be the breakout season for high-profile draftees Andy Brayshaw and Adam Cerra. Some fans, including me, have been critical of their performances, but since Fyfe has been injured it is fair to say these two, along with Darcy Tucker, have shouldered the load in the midfield admirably.

Griffin Logue, before he fell victim to the dreaded injury curse, was also having a breakout season, winning battles against Eric Hipwood and Charlie Dixon.

So despite all the negativity surrounding the injuries and a potential question mark on the club’s poor strength and conditioning department, the young players are proving to be the shining lights in Longmuir’s first season in charge.

But – and there is always a but – I’m still not completely convinced Fremantle are all in on the youth-first strategy.

We are still seeing older, recycled players lining up for Freo week in, week out as young talent continues to sit on the bench with no WAFL games for them to play in.

Brandon Matera, Reece Conca and Travis Colyer, all aged 28, are recycled players who won’t be part of Fremantle’s next flag tilt, while Bailey Banfield, Lachie Schultz, Sean Darcy and even new recruit Blake Acres have seriously underwhelmed given the huge amount of opportunity given to them this season.

Questions have to be asked whether any of the above players are of AFL standard.

And it’s not like Freo don’t have talent waiting on the sidelines ready to replace them. Connor Blakely is only 24 but seems to have fallen out of favour with Longmuir despite being talked up as a potential Lachie Neale replacement in the midfield, while Cam McCarthy is much maligned but would certainly add some kicking accuracy in front of goal.

They may not be world-beaters, but surely these two are better footballers than Banfield and Matera.

Then there are the other young blokes who we are yet to see. Liam Henry is going to be a superstar – he just looks like he will be a serious footballer. He’s been compared to Michael Walters and Charlie Cameron, and after two reserves games the time is right for Longmuir to unleash him into the ones.

Luke Valente and Tom North are prolific ball-winners at the level below and surely are better options than Conca or Colyer.

Lloyd Meek is by all accounts a bit raw, but considering Sean Darcy’s struggles, it might be worth giving big Lloyd a crack this season to see whether he’s worth more time or whether Fremantle need to go hard and bring a Tim English or a Luke Jackson home in the coming seasons.

Mitch Crowden, Jarvis Pina, Leno Thomas, Jason Carter and Dillon O’Reilly are other names that may be worth a look throughout the second half of this season.

The facts are the facts. Fremantle need to start fully embracing this youth-first strategy and start building a premiership-winning side for the future.

Nat Fyfe and Michael Walters, as good as they are, will both be 29 and 30 respectively next year. It’s unlikely they will be part of Freo’s next premiership tilt, and if they are, it’ll be as older veterans bringing the new brigade through, not as the main event.

Longmuir now has his first big test as coach. Does he continue to back the middling, poorly skilled, recycled role players who were a signature of the Ross Lyon era? Or does he change the status quo, keep promoting youth and bring through the future stars of this club?

If this year is going to be a difficult one in which wins are hard to come by, as it is currently tracking, Longmuir must take this opportunity to see what the young talent can do.

Right now he’s still in that honeymoon period afforded to new coaches, and with potentially another high draft pick on the way this year, it really is time for Longmuir to make a statement, turn this injury crisis into something positive and drink from that fountain of youth.