Wellington, Western Sydney and Perth all double up in this section of the most mad-capped A-League season to date and all three are seeking to secure points and consolidate a position in the finals.

The less said about last week’s tipping the better and with so many matches in this segment, brevity is key.

Good luck with your selections, enjoy the matches and be sure to enter your tips into the sheet below to have a say as the knowledgeable voice of the crowd.

Perth will be looking to bounce back from their most recent defeat to Wellington Phoenix when they face off against an enigmatic Adelaide United. Both these sides have plenty to play for, however the Reds have relied heavily on Paul Izzo of late and look liable to be opened up. Glory to squeak home.

Can the Wanderers mount a late charge to the finals? They’ll need to win games like this one to get there. The problem is they’ll come up against a Phoenix side still stinging from that draw with Adelaide in a game they should have won. Both these sides have plenty to play for, but may cancel each other out.

Sydney FC may suffer a drop in intensity after wrapping up the premiers’ plate. Add in the fact they’ll have to leave the comfortable confines of Kogarah for a clash at ANZ Stadium and this one’s got an away victory written all over it. Look for Melbourne City to make a statement here.

Didn’t Western United look impressive in that win over Melbourne Victory the other night? This game has huge implications for both teams’ finals chances, but if the Jets lose this then they’ll really be in trouble. Unfortunately for the Novocastrians, Mark Rudan’s side look too hungry for a shot at the top six.

You have to feel sorry for the Mariners. They came so close to a win against the Wanderers last time out, only to be undone by some sloppy defending at the death. Melbourne Victory are already planning for next season, it seems, and while they should reasonably expect to win in Kogarah, they won’t.

Tony Popovic coming back to haunt his old club? It’ll happen again. The Wanderers have provided little more than nuisance value for most of the season and while they’ll appreciate playing in their own backyard, the visitors from Western Australia should have enough firepower to collect all three points.

Adelaide look a real threat, in the six and chasing down both Perth and Brisbane. It is amazing what ten wins, 12 losses and just the one draw can do for you. They will beat Perth tonight in a tight contest.

The Wanderers disappointed me in their 1-1 draw with the Mariners on Monday and Wellington looked decent against both Adelaide and Sydney. That is enough to swing it for me. Melbourne City finally make an appearance and face an off-colour Sky Blues, who fell away dismally against Newcastle last week. Rarely will they lose two in a row. Sydney 3-1.

The Jets failed to capitalise on that great win against the premiers and now must earn every point on the way home and hope for a statistical miracle. They should account for Western United, despite the southerners still having plenty to play for.

Victory and Central Coast will fight out one of those “who cares” games that could turn into a belter. Goals aplenty methinks, Central Coast to win it.

There may be some tired legs when the Wanderers and Glory do battle at Bankwest Stadium on Monday. I’m tipping Perth on the basis that they can potentially seal a finals berth with a win. 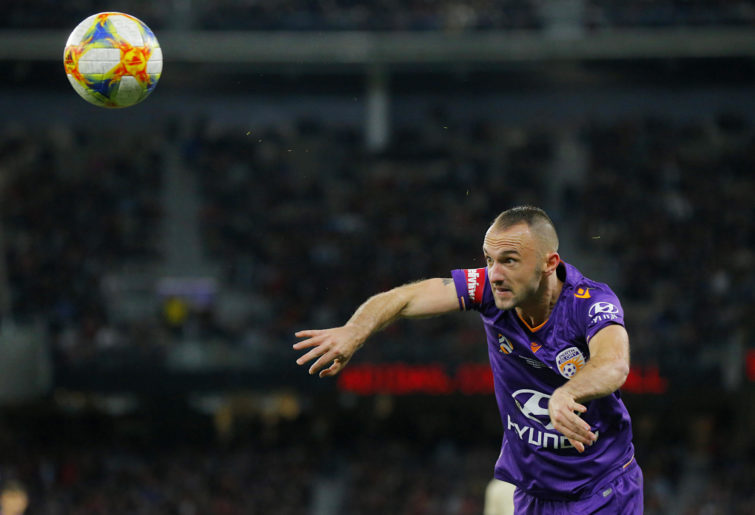 Wellington back up quickly and face a Brisbane team rested two days to the better. It will mean little with the men from across the ditch sealing a top-four spot with their second win of this segment.

Don’t ask me how I did it but I managed to trek to the wilds of Western Australia this week. I’ve just climbed a red cliff overlooking the Indian Ocean. At the top, staring out across the water and in the vast dark sky is the man I’m looking for.

‘Master Castro, can I get your A-League tips for this week?’
‘Alright, but make it quick, I haven’t got all day.’
‘Adelaide versus Perth?’
‘Adelaide have a bit of spark about them with some good young players. Perth seem to be missing some creativity. I just can’t put my finger on why. Adelaide 2-1.’ 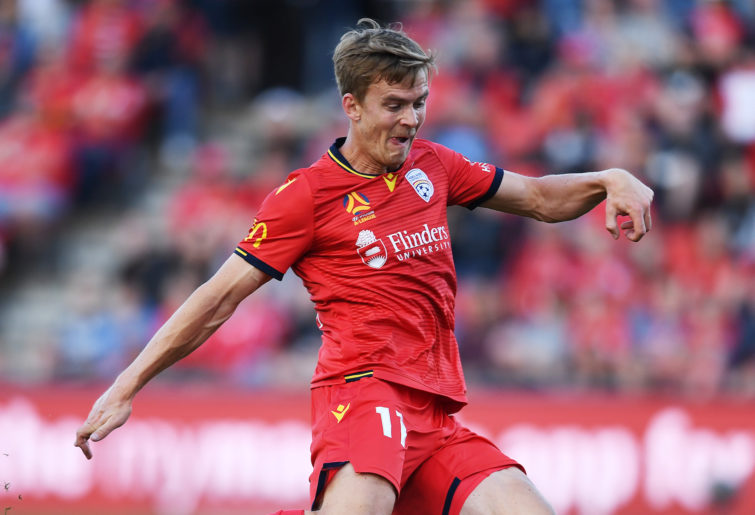 ‘Western Sydney versus Wellington Phoenix.’
‘The Wanderers looked rusty but will be better for the hit out against the Mariners. Wellington are looking good and deserve their second place on the ladder. The Phoenix 2-1.’
‘Melbourne City versus Sydney FC.’
‘Good game this one. City will be a bit out of condition, too many of those nice cake shops in Melbourne. Sydney FC are toying with the other teams now. Sydney 2-0.’
‘Newcastle versus Western United?’
‘Both teams have shown some smarts after the break. Newcastle might just get up here.’
‘Melbourne Victory versus Central Coast.’
‘Look at the stars up there, see how they are all aligning.’
‘Yeah, I can see that. Does that mean the Central Coast will win?’
‘No, they’ll get flogged 5-0.’
‘Western Sydney versus Perth Glory?’
‘Western Sydney should be in better shape by this game. Perth still appear to be missing something. Mitch Duke to score in a 1-0 win for the Wanderers.’
‘And that brings us to Wellington versus Brisbane Roar.’
‘I’m a big Phoenix fan. I love their style of play. I think they’ll put three or four past the Roar.’
‘Thanks Master Castro. Hopefully you’ll be back in time for the grand final?’
‘Fat chance, brother.’

Adelaide host Perth in a massive game for both sides. The Reds need to keep pumping out results as they’ve got Western United breathing down their necks for that coveted sixth place. Adelaide are counting themselves lucky after a late Ulises Dávila penalty miss allowed them to snatch a point from their game against Wellington. Perth are struggling to find consistent form since the restart and are going to have their hands full with the vibrant United attack.

I think the Reds will take an early lead and double it late in the game, 2-0 Adelaide.

The Phoenix’s slim hopes of a maiden premiership were snuffed after their draw with Adelaide. The Nix will want their last games to be good ones, the Wanderers have been a consistently meh team all season yet have been able to steal decent results at times.

I reckon it’s going to be a poor night for the Phoenix and the Wanderers will steal a point away, leaving the Phoenix in a vulnerable position in second.

Saturday is a grand final preview. Many people have been quick to write off City, and it’s true, they’ve had questionable results, but due to their enormous wealth none of their players were stood down in the break. It’s allowed long-term injuries to become short-term injuries or even not injuries at all.

City are set to storm home, and it’ll be a statement win right out of the blocks. Sydney have nothing to play for but pride, they’ll be safer in their remaining games.

If Newcastle are to make finals, they will need all three points here. Western United have enough games in hand that they’ll feel comfortable from behind. However, they need to catch Adelaide, so they’ll be on the front foot from the get go. Both teams will be hungry, I think this will be a fascinating game. I’m going for Newcastle because I think their hunger will outlast United’s, but I could easily see this swing either way.

Monday’s lone game is a belter! In no ways but the sarcastic variety. Melbourne Victory and Central Coast are going head to head in a game that is bound to cause headaches for supporters of both sides. Victory were awful against Western United. You might be asking, “As a City fan, don’t you want Victory to lose and potentially be in the firing line for a wooden spoon?” And to that I say, “Absolutely, 2-1 Mariners”.

We’re back again on Tuesday with two teams going around for a second time. Western Sydney are again hosting a team in Parramatta, this time the potentially strong Perth Glory. I say potentially because if they lost to Adelaide last night, they will be in a very precarious position as we reach the tail end of this season. It’s a four-day turnaround, meaning recovery time will be a huge factor in this game.

Perth will win. They have a more disciplined side and will outlast a tired Wanderers outfit.

Last but not least, Wellington are taking on Brisbane in a hugely important match to determine the top six. Both sides have had a few games to regain match sharpness now since the break, and I see Wellington starting to regain some of that dominance they had pre-lockdown.

Melbourne Victory are into the round of 16 at the Asian Champions League after beating FC Seoul 2-1 in a thrilling contest.

It will be football watching but not as they remember it when EPL fans return to grounds in face masks and under strict instructions not to hug in celebration.