This week features the Eels vs Storm, Sharks vs Panthers, as well as South Sydney up against a desperate Manly.

Here, I will provide my own tips and predictions for Round 15, while picking a margin, either 12 or less, or 13 or more.

Melbourne enjoyed a comfortable win against the Roosters last week, despite losing the two Camerons, Smith and Munster, while Parramatta unexpectedly lost to the Dragons.

However, I’m going to tip Prra, who should bounce back at Bankwest.

Penrith were clinical against the Warriors last week, extending their record winning streak to nine games, and Cronulla got the job done against the Titans, which turned out to be a controversial encounter.

As the Panthers keep winning games, they ultimately are edging closer to their second loss of the season, so I’ll tip an upset here and back the Sharkies.

With yet another loss last week against Canberra, Brisbane continue their horrid run and it does not get any better with added distractions heading into this clash. Meanwhile, the Dragons enjoyed an important win against the Eels in Paul McGregor’s last game.

With the loss of Payne Haas for Brisbane, St George Illawarra should roll to a win. 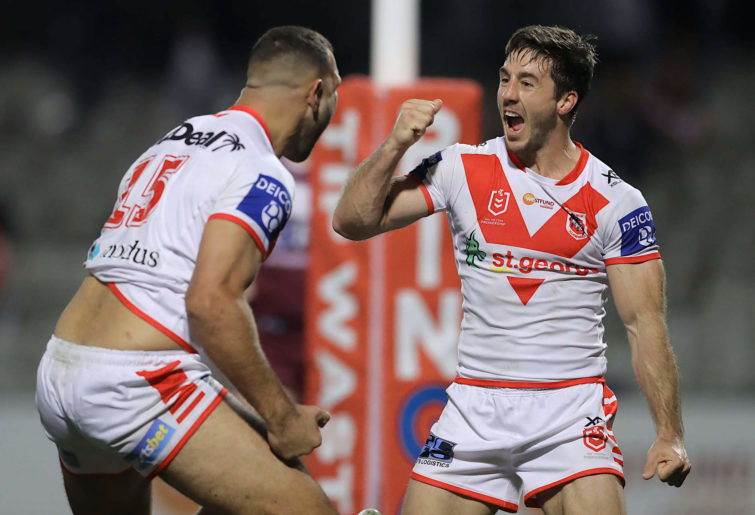 While the Titans were locked up against the Sharks at 12-all with 25 to go, a Kevin Proctor send off undid all of that work. As for Canberra, they had no worries handling the Broncos.

The Tigers narrowly defeated the last-placed Bulldogs by one point last week, while the Roosters were outclassed by the Storm.

I’ll tip the Tigers, which will be my second upset of the round, as the Roosters have an inexperienced halves pairing – Drew Hutchison and Kyle Flanagan – and I’m uncertain of how they combine and how much creativity they will provide in this encounter. There is also the loss of both Luke Keary and Mitchell Aubusson, while the Tigers need to win to keep their finals hopes alive.

South Sydney Rabbitohs vs Manly Sea Eagles
Rabbitohs 1-12
The Rabbitohs almost went down to the Cowboys last week but escaped due to some class from Adam Reynolds. Manly continue their losing streak, narrowly going down to Newcastle, but they get Martin Taupau back and Addin Fonua-Blake on the extended bench.

While I tipped the Bulldogs last week, their record still stands at only two wins for 2020. Meanwhile, the Warriors continue to show positive signs and compete with the top teams.

While it’s hard to get a read on either side, I’ll tip the Kiwis based purely on recent form.

Newcastle just beat Manly last week, and the Cowboys came really close to the Bunnies, but failed to revive their season.

The Knights’ spine is starting to click and they should come away with a win here – and in style!

With Origin over and the players freed from bubble life, you may be forgiven for thinking the sport was done for the year. 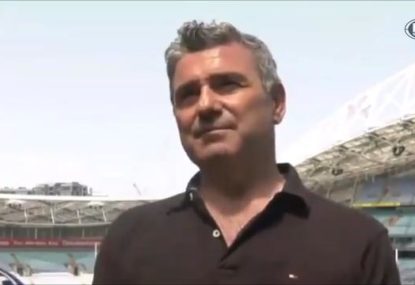