Diamonds are created under pressure. Tonight’s Super Rugby AU final between the Brumbies and Reds will go some way to revealing whether Australia’s generation-next are genuine gems, or made of stuff not quite as stern.

The Reds, in particular, have relied on youth all season, and their starting XV is chock full of men who’ll be challenging for Wallabies jerseys for years to come.

» Super Rugby final live scores: Follow all the action in our live blog

Liam Wright, Jordan Petaia, Hunter Paisami, Fraser McReight, Harry Wilson, Tate McDermott, Filipo Daugunu and their combined five Test caps are all in Dave Rennie’s Test squad, and it’d be a brave punter who bets against the likes of Jock Campbell and Angus Blyth joining them in the future.

The ACT side is more experienced, but with Irae Simone and Toms Wright and Banks in the starting line-up, and Rob Valetini and Nick Frost on the bench, they’re not devoid of promising talents.

The one Brumbies youngster who’ll attract all the attention tonight, though, is Noah Lolesio.

The flyhalf’s last game came on July 18. That he’s been thrust straight back into the no.10 jersey for a decider tells you how highly he’s rated by the Brumbies brainstrust. 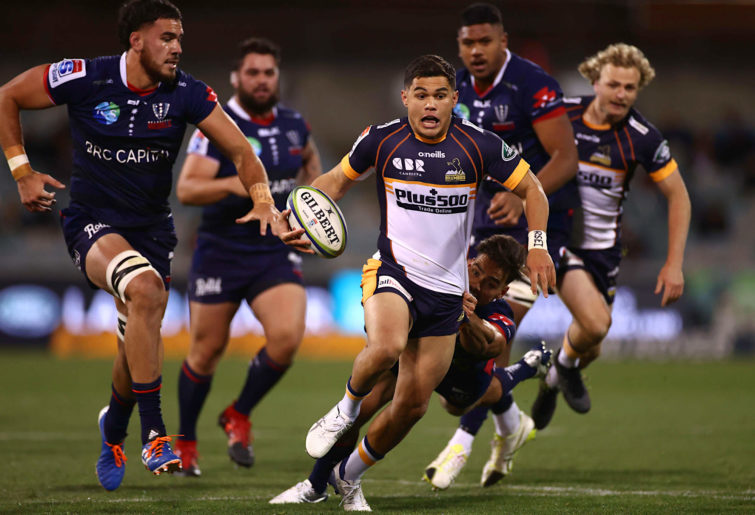 Coach Dan McKellar said on Thursday he was a chance to play a fortnight ago but that the risk of re-injury was still too high.

“The last thing we wanted to do was rush him back too early from a hamstring injury and then all of a sudden, it’s a chronic hammy and he’s dealing with it for the next couple of years,” he said.

This alternate route they’ve taken with Lolesio isn’t exactly risk-free, though. Putting a 20-year-old whose last game came over two months ago in at flyhalf for a final is a gamble, one that relies on a young man still in his first season of Super Rugby seamlessly slotting back into the line-up in the pressure of a decider.

If he can instantly rediscover his pre-injury form, it’ll mark him as a genuine star. Because doing that against the Reds, comfortably the best side in Super Rugby AU for the past month, won’t be easy. 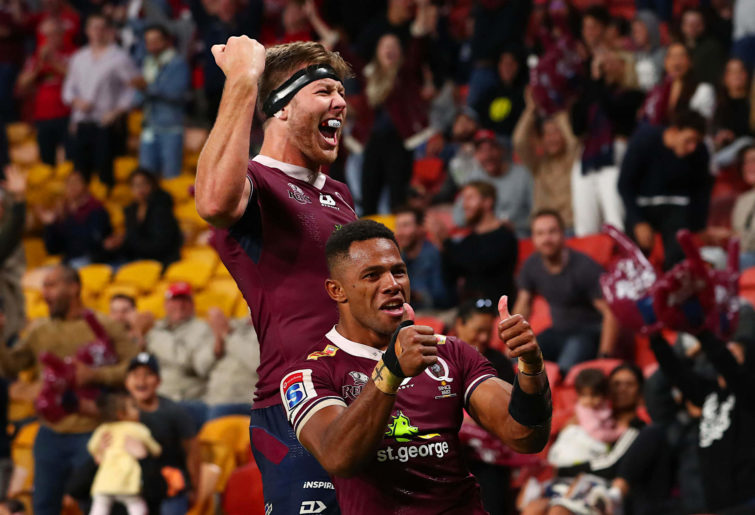 The Reds have been in unreal form. (Photo by Chris Hyde/Getty Images)

Bayley Kuenzle largely played well in Lolesio’s absence, but had a proper mare against Queensland two weeks ago, a performance caused in no small part by the excellent high-pressure defence Michael Todd has created at Ballymore.

No rugby fan will be unfamiliar with the Reds’ recent record without the ball, but it’s worth repeating nonetheless: 28 points conceded in their last four matches combined, with just three opposition tries in that entire stretch. That’s one tough egg for Lolesio to crack in his first match back.

Not that he’s the only player responsible for getting the Brumbies on the scoreboard. One of the many traits which stood out before Lolesio tore his hamstring was how he avoided overplaying his hand, more often than not picking the right time to pass or take the line on himself.

Simone outside him has taken on an increased playmaking role this year, while Wright was lethal out wide in the early rounds. Getting the men outside him the ball when they need it, and allowing the forwards do their thing when they’re on a roll, will be crucial for Lolesio.

Flip the view and focus instead on players who now find themselves outside the Wallabies circle looking in, and again it’s a Brumby who demands attention.

Tevita Kuridrani hasn’t been in his best form in Super Rugby AU, but his omission from Rennie’s squad still came as a surprise, particularly when it was teammate Len Ikitau – who isn’t even on the bench today – taking his place. 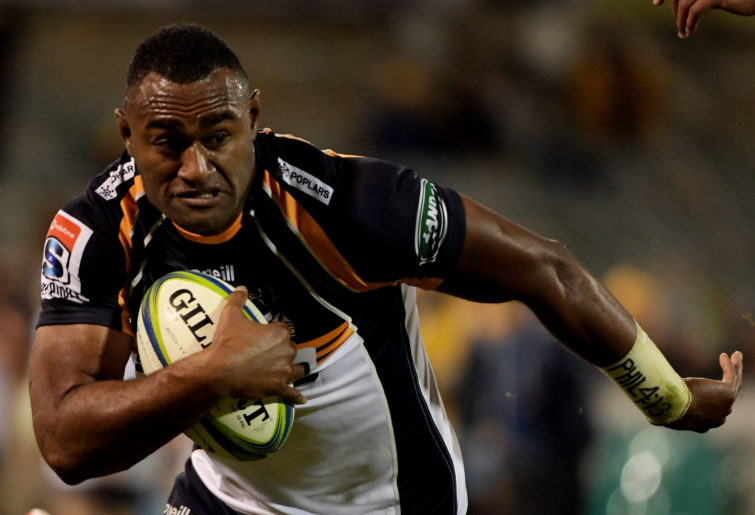 He might be entering the twilight of his career, but there’s some class left in the centre yet, particularly on the defensive side of the ball, and a barnstorming, ‘don’t forget about me’ performance is entirely possible.

Certainly his veteran nous will be valuable tonight – this is a man who started and scored in a Rugby World Cup final, one of three of tonight’s Brumbies who played a significant role in the Wallabies’ run to Twickenham in 2015.

Given a good chunk of the side played in last year’s finals campaign too, there’s no doubting the Brumbies have the advantage when it comes to big-game experience. It’s one of a number of factors – among them a lack of matchday travel and having fresher bodies after the week off – which gives them an ever-so-slight edge in what is really a 50-50 match.

And even with all that experience I have an inkling that if they do win, it’ll be thanks to their first-year flyhalf. At any rate, a victory would well and truly justify McKellar throwing Lolesio into the XV for such a high-pressure match.

Who knows, maybe it could prompt Dave Rennie to do something similar later in the year.