Storm or Roosters. The only thing that’s changed is the ‘pretenders’ are no longer the Raiders and the Eels. It’s now the Panthers.

There’s still value in the trade.

Go long with both the Storm around $4 (TAB) and Roosters around $3 ($2.90 Ladbrokes) and maybe shade the mix later when they meet. They’ll both be around even money in the grand final, or one of them will be favourites vs another team.

I missed the Panthers totally and didn’t think to get on them as they were coming in so I’m exposed there.
Sadly I covered my short on the Eels too soon and got a bit edgy on them when they came in so jumped on when they came out again so made nothing there, but I’m carrying the Raiders short and I’m staying with BOTH the Roosters and Storm positions until they meet each other in at true elimination final stage – hopefully the grand final – then I’ll reconsider the plan.

They are highly unlikely to win as I can’t see them getting past BOTH the Roosters and Storm. I know they’re an exciting team full of vibrant youth and new combinations and they can beat anyone on their day, but if they get past ONE of the BIG two in the Stage 3 “Preliminary” Final, experience tells me they rarely manage to follow it up the following week against THE OTHER BIG team.

It’s like a “new kids on the block” team plays “their” grand final in the prelim and for some reason can’t do it two weeks running IF both are against the two top tier teams.

Is it mental fatigue? Is it too much energy spent on the first big match they don’t have time for the preparation mentally for the second one?

Overly confident having beaten a great team at finals stage and just too hard to refocus?

THE DRAW has fallen perfectly for us – assuming Roosters beat the Rabbits this Friday evening they finish third – so will meet the Storm next week – and critically means they can’t then meet in the preliminary final.

That means if it goes to form Panthers will meet the loser of next week’s Roosters-Storm match in the prelim AND then the winner of that match in the final. All sounds a bit easy? Sure there will be twists and turns and tight matches but that’s where my money is as to how it turns out when it really matters.

If you recall last year “the pretenders” were the Raiders and while they disposed of the Storm in a tight one in the Stage 1 “Quali” Final, they “only” had to play the Rabbits in the prelim which gave them a much better chance of beating the Roosters in the grand final – even then they still weren’t quite up to the task come the moment … tragically last year (for me) the Roosters and the Storm met in the prelim so I was exposed in that grand final and got lucky

Should they make the grand final they don’t have anything like the experience of the moment of the BIG TWO.
Nathan Cleary is their man and I love his play and his skills. He has instinct when the game is easy and free flowing (ie they are winning) – but what about when they are losing or when it’s tight? Some Origin experience helps but that wasn’t with these fresh faced combinations.

Simply put, neither Cleary nor the new combinations have been tested under pressure and indeed have looked suspect for a half of the match twice in the last three weeks.

On the off chance Cleary gets injured – and I really hope he doesn’t for the sake of the Finals, then it’s all over for them. Not necessarily the case for any one player out of the BIG TWO. They have more experienced quality around the pitch.

My only big problem is if Roosters don’t beat the Rabbits this Friday – hence this weekend’s final round is critical for how those final placings finish. 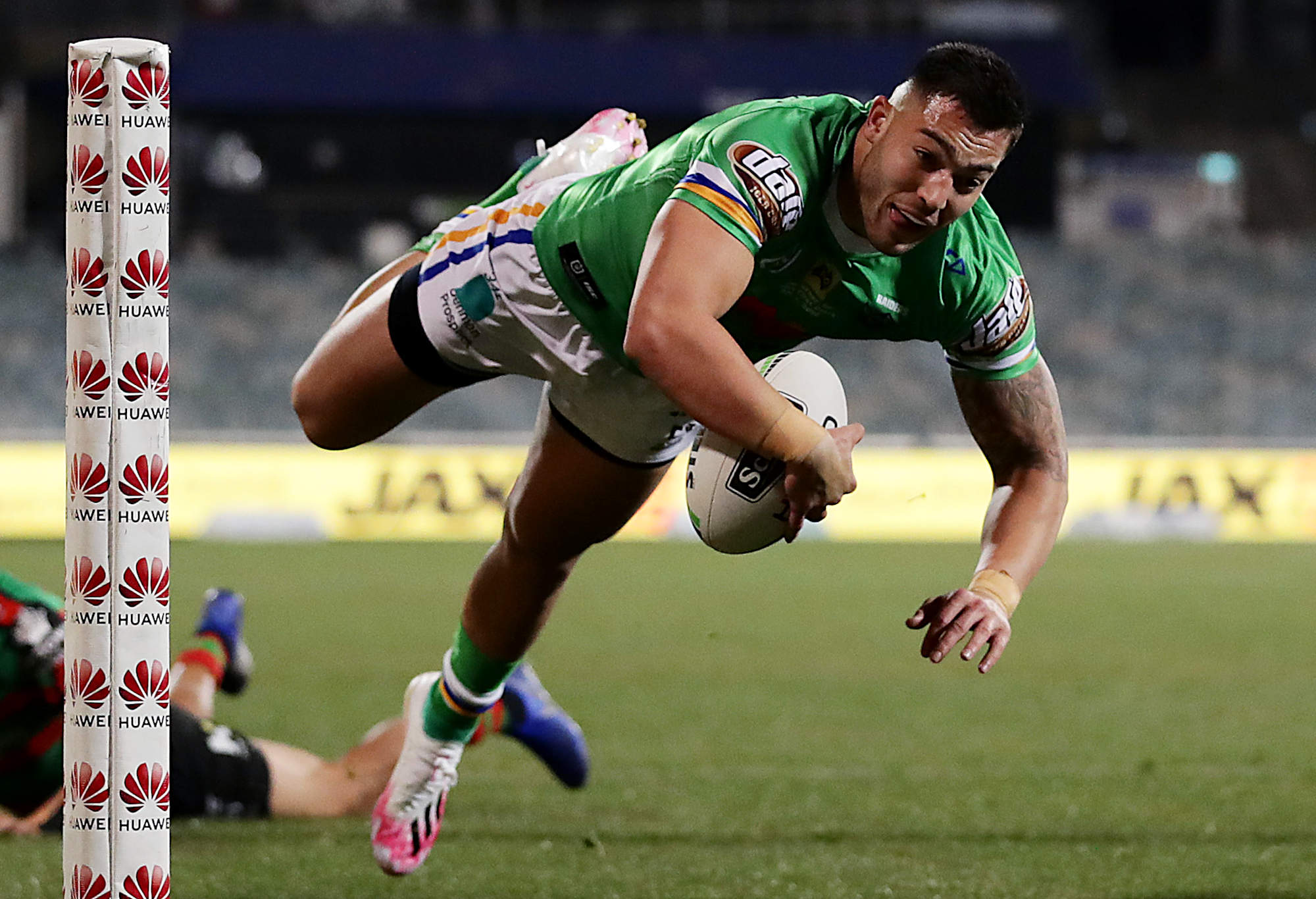 ROUND 20 PREVIEW AND TOP 3 TIPS
It’s all about who HAS to win for whatever reason this weekend – combined with the order of play and there are two crackers:
The Knights HAVE TO WIN Friday 6pm to hold 6th spot to host a qualifying final next week.
The Raiders HAVE TO WIN Saturday 5.30pm to hope to make the critical fourth spot, which would then mean The Eels HAVE TO WIN immediately following at 7.35pm to get that fourth spot back – there’s a rare multi on here!

TOP 3 BETS THIS WEEKEND
THE BANKER – Knights to WIN $1.62 (Pointsbet) vs Titans
Kurt Mann back from suspension, has scored six tries in six games vs Titans. Bradman Best returning from ankle injury is a bonus. Mitchell Pierce and Kalyn Ponga have been looking better and better together in their combinations and switches. They might put on a show vs Titans – only reason the price is rich (should be more like $1.33) is due to recent Titans form so take advantage of it versus a much weaker team, hence Trade (2) below.
THE LEVERAGE TRADE – Knights to win well – risking a total $ amount no more than what you stand to win in trade (1) above for the straight win, invest:
50% beat the line 3.5 points ($1.90)
30% on the Halftime / fulltime ($2.15 TAB)
20% beat the margin 13+ ($3.20)
10% cent pick your line 19+ ($5.00)

THE VALUE BET (half stake only) – Multi Raiders to WIN $2.45 and Eels to Win $1.38 (Ladbrokes / Neds)
The Raiders were $1.25 Monday before the team sheets came out and prices flew out as Ricky is resting so many players (Wighton, Bateman, Croker, Whitehead) but we are forgetting how hopeless the Sharks are too, especially now they’ve lost their key man Shaun Johnson who went under the knife this week and both Wade Graham AND Chad Townsend suspended.
It’ll be a pillow fight and Raiders are the value – they’ve had to play all season with a plethora of missing players they are used to it and winning for them could make a difference 5th to 4th whereas Sharks finish 8th whatever happens.
Then if the Raiders happen to win then the Eels HAVE to win so might as well MULTI that into it and if they have to win to get back their 4th spot, they will.

BETS TO AVOID
Broncos vs Cowboys Thursday night is just a toss of a coin you might as well waste the cash on the pokies – you might want to believe the Broncos will step up to avoid the dreaded Wooden Spoon (for the first time in their history) but really they are so unreliable it’s just gambling so don’t do it.

Avoid the TOP teams this week who don’t really need to win and certainly might not cover the line bet.

Panthers don’t need to win they are done in the top position. Storm don’t need to win they are locked at 2nd and have already secured the (new) “home” Final. Even the Roosters, would they prefer to win and finish 3rd to face Storm next week or would finishing 4th and facing the Panthers not be such a bad thing? Look they all want to win and you always prefer winning momentum going into the Finals but they might well rest players, bring them off early – funny things can happen in these matches so best AVOIDED.
So keep your wits about you match to match and don’t bet until close to kick off so you can check the run on team and the weather before betting.

* All prices as at Thursday morning

Oakesy has been trading in sport for more than 20 years. He believes research is the key to betting. “If you’re going to have a bet don’t ‘gamble.’ Gambling is just a game of chance like the toss of a coin. If you can’t back your bet with good reasoning or research then it’s just gambling so don’t do it.”