Sheffield Shield: What's the purpose of the numbers again?

Sure, COVID-19 has shaken things up a bit, and it will be a cricket season like none before it, just as it has been with so much else in 2020. But nonetheless, cricket is back, and it’s great to be able to tune in to the Sheffield Shield streams on the Cricket Australia website to catch some much-missed cricket.

Watching the players running around, it’s hard not to think that those big numbers on their backs really do look a bit ugly and just don’t seem right. The nice clean white or cream shirts with a simple logo and sponsor on the front just look better. It’s not like people are going to go out and buy a Shield state shirt with players numbers on them or something. It can’t really be a merchandising thing, can it?

So what is the purpose? 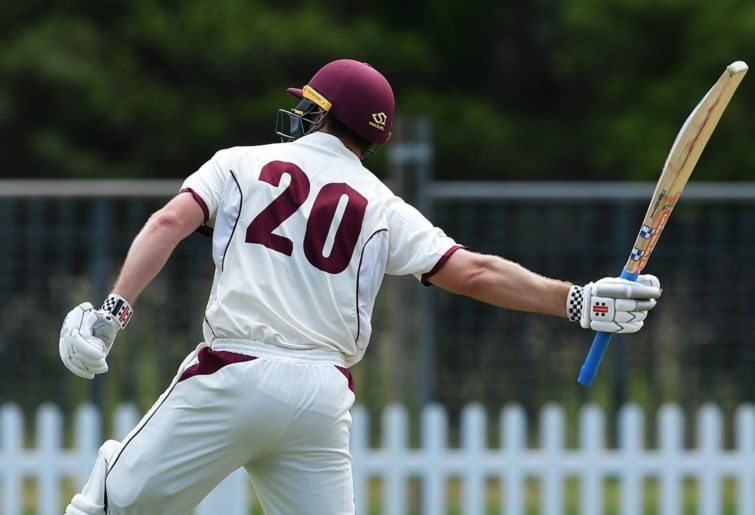 A bit of a look into it suggests that the reasoning behind having the numbers on the backs of the shirts is to help fans identify players they may not know that well in the Shield. Let’s face it, despite it being introduced into Test cricket, it’s not needed so much there. We get to know the players’ size, shape and mannerisms to the point where it’s easy to spot who is who most of the time, even from a distance.

But in Shield cricket there are a lot of players who we might not know so well, so having the numbers can be helpful. You can look up team lists with the numbers and find who player No. 45 is…

Well, I guess that’s the idea anyway. It kind of breaks down when you actually try to do it. An extensive attempt to search for Sheffield Shield players finds that there doesn’t seem to be a single place online that lists players for each of the teams that includes the player numbers. Not one.

Cricket Australia website player profiles? Not there. Individual state cricket sites squad pages? No, not there. On the scorecards for the live games happening? No, not there either.

Try searching for Sheffield Shield players numbers and you only get links to these sites and a few stories about how the numbers are on the shirts to help with identification. The closest I could find was a Wikipedia page about the New South Wales cricket team which listed last year’s squad and did have numbers again most of the players.

Though that’s not an official page, plus it’s out of date – it’s last season’s squad and doesn’t include two of the players in the team playing currently.

Again I ask the question: what is the purpose of these numbers? It clearly can’t be for identification, because the only thing they could be used to identify is ‘what an awesome run out by No. 36’ and ‘that was a great catch by No. 7 off the bowling of No. 25’.

Cricket Australia, you’ve dropped the ball on this one. Either drop the numbers from the backs of the shirts or include those numbers on your score sheets and player lists so that they can actually be used for identification as you claim they exist for.