Warner’s injury, believed to be a relatively serious groin strain, leaves him under significant doubt to take to the field in 16 days’ time.

Should he fail to recover, the uncapped Will Pucovski would likely partner incumbent opener Joe Burns under lights on December 17.

It would also relegate an upcoming tour game to a mere dress rehearsal, rather than the ‘bat-off’ it had been billed as.

The pairing, should it eventuate, would be the only discernible area of weakness in an otherwise strong Australian XI.

Burns’ recent troubles at Shield level are well known, and while Pucovski has shown huge promise, the prospect of facing Jasprit Bumrah and Mohammed Shami on international debut is a significant step up from Cameron Gannon and Daniel Worrall on batter-friendly Adelaide tracks.

It would be an opportunity he thoroughly deserves, mind, and one he may take with both hands.

But the possibility of early failures is very real.

The predicament is clearly not what the Australian selectors had envisaged, and leaves Justin Langer’s side in a not too dissimilar position to when India toured these shores two years ago.

Then, Test newcomer Marcus Harris partnered Aaron Finch in a combination that left Australia in a precarious spot on several occasions. 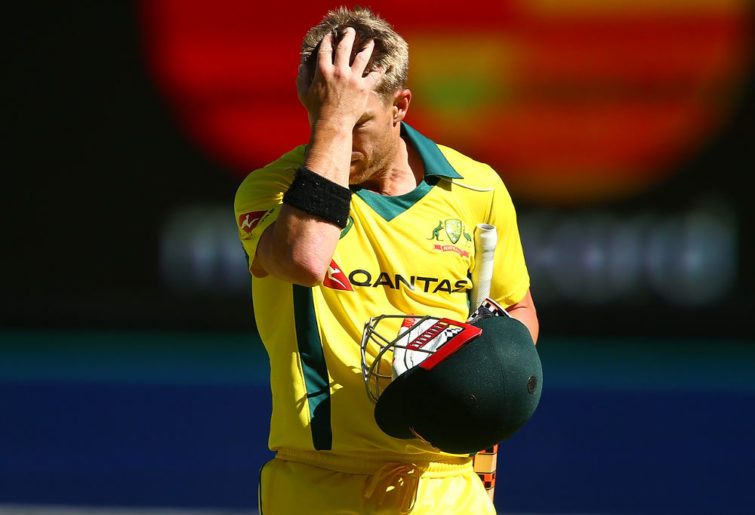 In defeats at Adelaide and Melbourne, the pair failed to put on more than 28 runs in all four innings.

Those two victories sealed a historic series win for Virat Kohli’s men — their first ever in Australia.

The biggest difference this time around though, is that Australia’s ability to cover a potentially shaky top order is far stronger.

With Steve Smith back in the fold and Marnus Labuschagne’s meteoric emergence, Australia’s first and second-drop leaves the side in safer hands.

Both proved on numerous occasions in last year’s Ashes series the ability to steady the ship after a rocky start.

The pair have the chance to be what Cheteshwar Pujara and Kohli were to India in that 2018/19 summer.

Similarly to the Aussies in that series, India’s opening pair struggled, and the selectors spectacularly dropped both KL Rahul and Murali Vijay prior to Boxing Day.

But Pujara and Kohli combined for an incredible 803 runs throughout the series, more than covering for earlier mishaps at the top.

By contrast, Australia’s number three and four combinations that series (a mixture of Usman Khawaja, Shaun Marsh and Labuschagne) combined for just 388 across the four Tests.

On a more immediate front, the question of who replaces Warner for tomorrow’s final ODI and the three upcoming T20s is an interesting one.

Matthew Wade would appear the frontrunner as a straight-swap in the T20s, having filled in for Warner in the last T20 international Australia played (against England in September).

For tomorrow, though, his Hobart Hurricanes teammates D’Arcy Short is also a chance to get the nod.

Short has played through the middle order in recent ODIs for Australia, so there’s a chance the Aussies could push another player to open and shuffle other positions accordingly.

Unsurprisingly, Labuschagne was quick to put his hand up when speaking to the press on Monday.

“Certainly if I got asked to open the batting absolutely it’s an opportunity that I would enjoy doing. We’ll wait and see how our team shapes up for the next game and see the balance of the side, but yeah I would love doing it,” the perpetually keen Labuschagne said.

There is also a chance all-rounder Marcus Stoinis could play as a specialist batter after suffering a side strain in the first ODI.