When David Warner went down injured in the second ODI at the SCG earlier in the summer, cricket fans all over the country held their breath to see just how bad the prognosis would be.

He’s important to the Aussie sides in the shorter forms of the game too, but for this article, let’s just focus on the Test team.

He’s one of the first players picked, but that in itself is problematic. Before we even get to the question of how many good years Warner has left – realistically, I can’t see him going too far past next year’s Ashes series – the question needs to be asked: who will be his replacement when he retires?

Let’s take a look at some of the potential candidates.

Joe Burns
I’m writing this just a few hours after Joe Burns has had another horror show opening the batting for Australia – this time he was dismissed for a duck on the opening day of the Boxing Day Test. This underwhelming score from Warner’s incumbent opening partner follows his eight and 51* in the first Test.

Burns’ Test average of 38.86 isn’t exactly what I’d call mediocre. It’s not incredible – it’s somewhere in the middle. But I’ve never been convinced. At his age, even if Burns were to take a significant step, you’d almost need to immediately begin the next stage of succession planning. 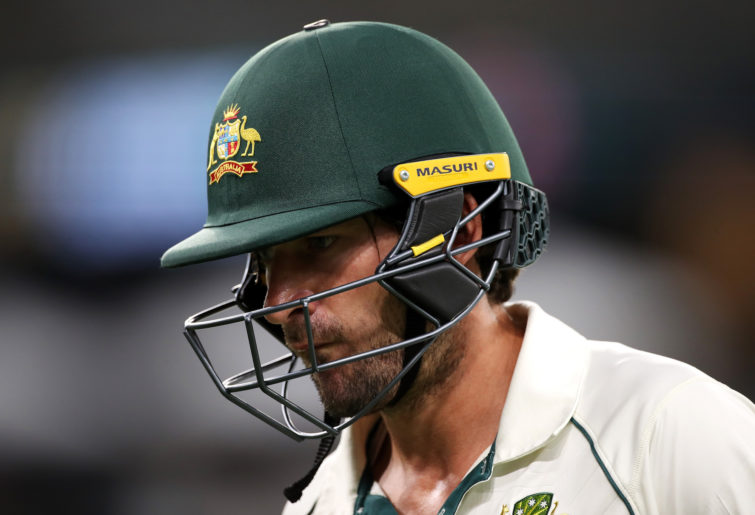 There’s a fair bit hanging on his performance in the second innings at the MCG, and the third Test if he makes it that far. More low scores and it’s possible we see Joe Burns out of the team.

At best, Burns is a short-term solution with a decent amount of risk and most likely minimal reward. You can’t even call him a safe bet.

Marnus Labuschagne
Marnus Labuschagne has really come of age in recent times. While he’s not a fresh 18-year-old, he does have age on his side, and ideally, we’re looking for a long-term opening solution.

Of course, we need someone of his quality further down the line-up and he’s currently playing his role in the side just fine. There’s definitely an argument to be made about not rocking the boat.

It’s also possible he becomes Steve Smith’s successor at first drop, but with the former captain’s retirement a minimum of four to five years away, that’s a “we’ll cross that bridge when we’re a bit closer to it” kind of situation.

It might be a risk in more ways than one, but I’d love to see Labuschagne given a chance to face the new ball and see what he can do.

Marcus Harris
If Shield form on its own was enough for a player to be picked, Marcus Harris would have certainly been given a chance in either the first or second Test this summer.

Who knows, it’s possible he’ll still get a chance before this series is out, although it’s hard to ascertain exactly where he stands in the selectors’ pecking order.

The “little bastard” – as Justin Langer called him – will get a chance at some stage, surely. But given his age and mediocre showings in the baggy green up to this point, he’ll be on a short leash. If he really wants an opening spot, it’s there for the taking.

Unfortunately, I can see Harris as yet another player who’s mastered Shield level cricket, but just can’t seem to make the jump to the highest level.

Will Pucovski
Will Pucovski has been billed as a star of the future, but with one particular problem. Will he even get his chance to stake his claim for a spot at the top of Australia’s order?

Much has been made of the Victorian’s concussion issues – after all, that’s why he’s missed the first two Tests. Pucovski was ruled out of the first Test after yet again being concussed in a tour match playing for Australia A against India at Drummoyne Oval.

It seems it’s all going to come down to how team doctors are able to manage his existing issues, and if he does manage to make it to the middle in a baggy green, whether he’ll be able to avoid further blows to the helmet.

Pucovski has the temperament, he has youth on his side and he can’t really do much more at Shield level. I can only hope the concussion issue can be ironed out, he gets his chance and he takes it. But at this stage, it’s certainly a wait-and-see situation.

The Australian selectors are surely thinking about this issue – I’m not in the room and they’re paid to be planning for Warner’s replacement.

But from the outside, it doesn’t seem like there’s a solid plan. It almost seems as if the plan is hoping someone comes along and just plays themselves into the team, scoring triple centuries in the Shield and forcing the issue.

One way or the other, Warner’s last Test is visible on the horizon. Let’s just hope before that match, we find a solution.