Only his third year in professional management and being shoved right into one of the hardest jobs in the world might seem a little harsh to most.

However, a counter to that claim would be that spending 220 million pounds on players should make it easier and they should walk the league.

After a rough patch of form, many say that it’s time for Lampard to go. Would it be harsh to sack him only after a poor six matches?

Following only one month of less than impressive football, it’s harsh to give Lampard the axe – you only have to look at the likes of Ole Gunnar Solskjær, who shows you must give managers time, especially after the run that Lampard was able to go on recently.

Previous to the month of December, Lampard’s men lost two of 19 games, with one on penalties and the other to reigning champions Liverpool.

Prior to and during this run, Lampard developed a system which was clear and effective, with Chelsea extremely hard to break down and blistering in attack.

In possession, the team look to retain possession with quick passes, mitigating the opposition’s ability press in a fluid way, creating gaps for cutting line passes. Then they use the pace and skill of the likes of Christian Pulisic, Callum Hudson Odoi and Timo Werner to create gaps and score.

With the likes of Olivier Giroud and Tammy Abraham, as well as Reece James and Ben Chilwell, this allows for crosses and long balls to be an option if they are unable to break down the opposition’s defence. Having Mason Mount and Hakim Ziyech on set pieces provides another avenue for goal.

Out of possession, Chelsea don’t look to press high, to ensure that they are hard to break down and don’t allow space in behind their lines. Once their opponents get possession in the middle third, players like Kante, Mount and Kovacic look to implement a tight press and cut off the passing lanes – N’golo Kante leading the league for interception is living proof. 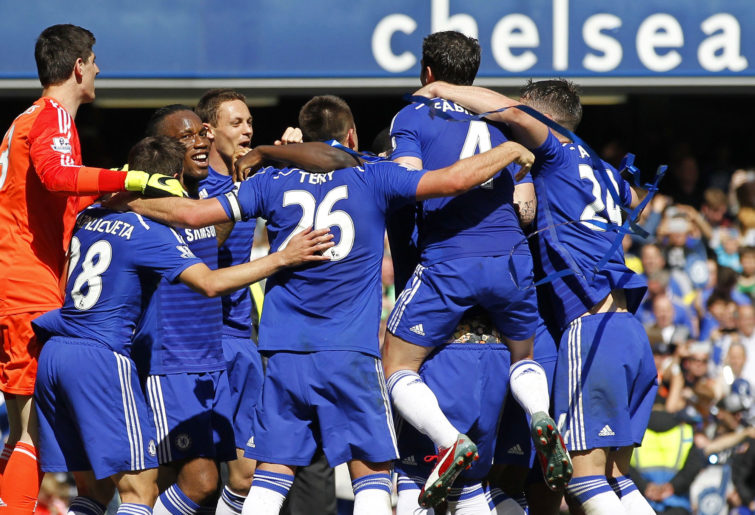 In the meantime, both wingers look to drop back, creating a 4-1-4-1 formation, negating the impact of the opposition fullbacks. Creating a compact and resilient defence only really gives the opposition the option to cross the ball or to shoot from range.

This positive style suits Chelsea’s philosophy and what the board wants. If Lampard, over one year into his managerial campaign, still didn’t have a clearly defined and effective system, then questions would need to be asked. However, this system works – and just because it hasn’t worked for a month, doesn’t mean it won’t work forever. Lampard has shown that he is able to adapt and change based on the circumstances.

The massive contrast in results over the past six matches and the previous 11 has come as a major shock, leading many to believe that Lampard’s system has become stale. However, this poor run of form is reliant on the Blues not being able to finish their chances.

Also interesting to note, out of the nine times Chelsea have hit the woodwork this season, five of those have been in these previous six matches.

Lampard is putting the system in place for his side to succeed, they just are not applying that final product to succeed.

Lampard has what it takes to be a very good manager at the highest level – finishing fourth and making the FA Cup final last season with a largely inexperienced squad is proof.

Adding five new first-team players, while that adds quality, means more time is required for the squad to gel, which should be put into account.

Lampard was first at the start of December and finished top of his group in the Champions League, not every manager can do this. If this form continues for the rest of the season, questions would need to be asked.

Given how trigger-happy Chelsea are with managers, it would be reasonable for him to be worried. However, he definitely has the backing of the majority of fans.