With the launch of Fan Controlled Football this week here in the US, I was inspired to exercise that dynamic with my beloved sport of F1, which has become more regulation-controlled than most other sports. And when you’re talking about trying to control intricate 15,000-revolutions-per-minute, 1000-horsepower engines with guidelines and schematic specification restrictions that would confuse a rogue government’s top patent thief, then you have a problem.

F1 has almost become like an NBA All Star game. It’s a three-day sporting circus that flies in and overwhelms a city. Lots of hype and bluster, and the Sunday main event is a one-sided procession and exhibition, culminating in an uncontested victory. Much like the NBA, F1 is now wondering how they can elevate the Saturday and Friday event days, which for the NBA is the rookie and new European recruits’ guys game, whatever you call it, and a redundant Slam Dunk Contest, which no established players want to be a part of. Seriously? Cobra Kai reruns here I come!

For F1, Sundays have become anti-climactic with the dominance of Lewis Hamilton and Mercedes. To add insult to injury, Fridays have become nothing more than a warm-up session, and Saturday’s three phase elimination qualifying really comes down to the final 90 seconds of Q3 qualifying and the last lap for the top five drivers.

American billionaire Chase Carey’s Liberty Media Corp acquired F1 for $4.4 billion several years back and the sport does not have a mainstream following or multiple races in the homeland of its owner, which it really desires. As a lifelong F1 fan and having lived and worked in the US for 15 years, I am going to be Chase Carey’s head of business development for a day (or an article) and layout exactly how he can slam dunk the Friday-Saturday issue, and execute a strategy to engage American and new global fans. Here’s how it looks folks, and Chase.

The standard three-day race event from Friday to Sunday, which spectators and sponsors pay premium dollars for, should be as valuable as every single day. Currently, there are 101 points on offer ever Sunday Grand Prix race day, (with a potential extra one point for the fastest lap). Saturday and Friday practice/qualifying yield nothing in terms of points, and only reward the richest and more powerful teams.

My operational audit would allow for the following developments. Each day on the track should be an official points gathering exercise, for drivers, teams, and fans. Let’s keep Sunday race day at 100 points, but let’s also offer another 100 points for Friday and Saturday, 50 points per day. That’s adding urgency, relevance and importance to Friday and Saturday.

So instead of offering 100 points per Grand Prix, 100 of which are available only on Sunday race day, and qualifying for a vital pole position occurs in the final 90 seconds of Saturday qualifying – suddenly, Friday and Saturday can yield more rewards for drivers and teams and engage millions of more fans and spectators. 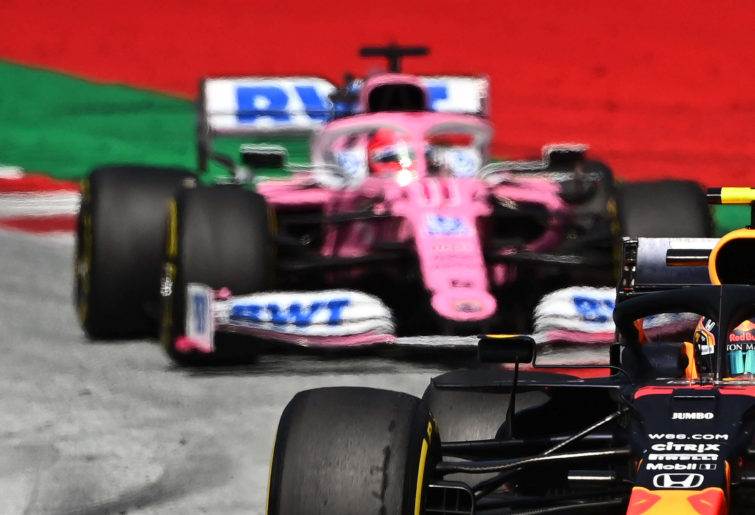 Here’s the formula, pardon the pun: 200 points per Grand Prix weekend. Fifty points on Friday and Saturday, then 100 on the Sunday race day.

Friday: practice/qualifying day (50 points)
This is a two-session practice/qualifying day, which results in the top qualifiers getting race-day-like points and then handicaps them with a reverse grid start. The fastest cars earn the most of the 50 points on offer, however are handicapped to starting in the second half of the grid. Qualifying positions would work this way so that the fastest qualifiers are not sent to the back of the grid, but rather halfway down, and the slowest qualifiers would not automatically qualify for pole position but rather the middle runners, albeit in a lottery draw. Here’s how this works.

Saturday: lottery sprint race day (50 points)
Racers should be racers, like randomly gathered street racers gathering for a drag race. All 22 drivers get allocated a random grid spot from a lottery draw with real race day points up for grabs. This is a half Grand Prix 150 kilometres, approximately hour-long sprint race with a mandatory pit stop either for tires or fuel. Points are to be allocated as follows.

Sunday: race day points and new grid structure (100 points)
Based upon Friday’s practice/qualifying sessions, the first 11 fastest cars are to be given race-day equivalent points (15 for the fastest and so forth) and then be placed in the second half of the starting grid, a reverse grid, but not fully reversed.

The second half (12th to 22nd fastest qualifiers) will be in a two-bracket lottery draw to determine the top 11 starting grid positions, but will have no points for qualifying.

This second-tier qualifying group will start in the first 11 grid positions and then be separated by two empty rows of the grid between the first 11 cars and the second 11, led by the overall fastest qualifiers. This ensures safety and a protected starting grid environment with two separate starting grids of the slowest 11 cars up front, separated by the fastest group well spaced out behind them by these two empty rows.

There are normal race regulations to allow for normal pit stop strategies with the following points allocation for race day.

We all love Sir Lewis Hamilton, but I cannot watch the Sirs win another ten races in 2021. Well, not without the above formula.

Every race weekend will count for 200 points, and that’s delaying the now inevitable scenario of dead rubber races at season’s end. A driver down 50 points with one race to go will still have a shot.