30 and over: Adelaide to Fremantle

Every club has their veterans and their old boys, so who are your club’s over 30s, where are their contracts at and will they survive post-2021?

David Mackay
He turns 33 in July, is out of contract in 2021 and will probably be the end of the road. Adelaide are relying on their kids and they are quicker and younger than Mackay.

Bryce Gibbs
He has already retired so that’s an easy prediction.

Taylor Walker
Walker turns 31 on Anzac Day and his future is well and truly up in the air with the former captain’s form almost dropping off the cliff.

Rory Sloane
He turns 31 in March and the skipper isn’t going anywhere being contracted until 2023. Sloane just needs to get his body right to attack 2021 and help the Crows get back up the ladder.

Tom Lynch
He’s 31 in September and some questions need to be asked about how long he has left. He is out of contract at the end of the year and it’s a real ‘maybe’ at this stage.

Grant Birchall
Birchall has already turned 33 and this seems like the last hurrah for the former Hawk and Tassie native. Has been an elite servant to the game for sure but can he win a fifth flag?

Dayne Zorko
He has already turned 32 and the four-time best and fairest winner is a genuine superstar at Brisbane. Probably only gets a one year deal at a time with injuries affecting his 2020 season. 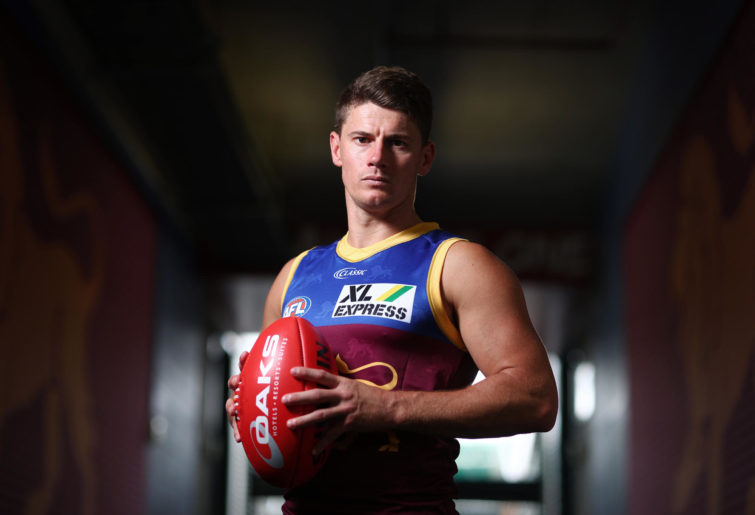 Mitch Robinson
Robinson turns 32 in June and this could be the end of the road for the former Blue. He’s been good for the Lions but playing on a wing with averaging 13.7 disposals isn’t the weaponry that the Lions are after.

Daniel Rich
He turns 31 in June but hasn’t dropped off at all. His left foot is still lethal, takes kick-ins and is a genuine rebounding defender. Out of contract at the end of the year but isn’t the end.

Eddie Betts
Betts already turned 34 and had his moments in the homecoming of 2020 but his body is letting him down and this seems like we see a top three small forward of all time’s sunset.

Marc Murphy
He turns 34 in July and might be the last hurrah for the former skipper and he is almost the Nathan Jones of Carlton. The number one pick was there for the pain, finals runs and more pain and with midfielders waiting in the wings, will probably bid farewell.

Ed Curnow
He has already turned 31 but is still in Carlton’s best 22. Curnow veraged 19 touches in limited quarters and even though it is a bad time to be a 20-touch midfielder without a lot of weapons, the likes of Brodie Kemp are injured, Matt Kennedy hasn’t locked down a spot, Dow and O’Brien haven’t looked near it and new draftee Jack Carroll needs to graft in the twos.

Levi Casboult
He turns 31 in March and finished fifth in the best and fairest in 2019. With Carlton’s best and fairest not taking place at time of writing yet, Casboult averaged 4.7 marks in 2020 but is out of contract at the end of the season. If Carlton struggle this year, wouldn’t be surprised if he was let go but I think he sticks around.

Liam Jones
Jones is 30 in just days so he’s included in this. It’s a wonder how Jones went from the Bulldogs’ whipping boy to a reliable key back. A horrific concussion in 2019 was backed up by playing every game in 2020 and taking four grabs a game. He and Jacob Weitering are combining well and he has a deal for 2021 and 2022. Sticking around.

Scott Pendlebury
Already 33 but the man is ageing like Paul Rudd at the moment. He’s still moving beautifully, uses the footy brilliantly and could find space in a hoarder’s attic. Out of contract at the end of the year but only a freak accident stops him from sticking around.

Chris Mayne
Mayne turned 32 already and is a lovely story of a deadly goal kicker to a VFL stalwart to a versatile winger. He has done himself proud and is out of contract at the end of the year. With some youngsters coming in, Mayne won’t be a part of the next Collingwood flag so do the Pies let him go? Very possible.

Levi Greenwood
The ‘Pig’ is 32 and is probably the end of the road for the former Roo. He’s tough and strong of course but his weapons are diminishing.

Jeremy Howe
His durability was something of a legend, considering his high marking ability but Howe turns 31 in June and all eyes are on how he recovers from his horrific leg injury. He signed a contract for 2022 and won’t go anywhere, fingers crossed he gets back to his best.

Steele Sidebottom
The man who created more headlines than left foot bullets has already turned 30 but he’s still got plenty left. Elite user, finds the footy at will and is understood to have a deal for 2022.

Jordan Roughead
He turned 30 recently and has a deal until the end of 2022. He has been one of the better bargain pickups down back since coming from the Dogs but he won’t want to be monstered this year.

Mason Cox
Cox hit a clause in his deal to get another season in 2021 but the American who turns 30 in March needs more on-field performances to prove he’s worth keeping. Collingwood already don’t have a lot of key forward stocks handy and if they’re to not fall off the cliff as some predict, Cox needs to perform.

Josh Thomas
Pressure small forwards are rife in footy but Thomas, who’s 30 in September, kicked 4.4 from 14 games with only two tackles a match. Simply not good enough and with the Pies drafting so strongly and expecting Nick Daicos at the end of the year, Thomas is at a crossroads.

Cale Hooker
The former best and fairest winner always seems to be a trade dark horse but has stuck true to the Bombers. Out of contract at the end of the year and turning 33 in October, it might just be the end of the road for the ‘Street Worker’ with the Bombers drafting Josh Eyre, Nik Cox and Cody Brand in recent times.

David Zaharakis
The man remembered for two match-winning goals turns 31 in just days (21st of Feb) and although he had games of brilliance, make no mistakes, fans had signed his papers. Out of contract at the end of the year, he may sign his own.

Michael Hurley
Who would’ve thought a hip surgery could turn into never playing again? Fingers crossed Hurley’s infection gets better over time, it would be a sad way to close out a wonderful career. 31 in June and has a deal until 2022 but means nothing until a report is released on his health.

Andrew Phillips
The journeyman turns 30 in July but a little like Hooker, younger kids could force Phillips’ career to come to a close. Sam Draper looks an absolute beauty and Nick Bryan is waiting in the wings as well. He wouldn’t take up too much cap space but doesn’t have a deal beyond 2021.

Patrick Ambrose
The courageous defender who turns 30 in September, has only played 87 games and doesn’t have a deal beyond 2021. He probably gets another year to let the kids develop but if he suffers more injuries, he’s in strife.

David Mundy
The man who hasn’t dropped off turns 36 in July and it could be farewell to a top-five Docker of all time. Fremantle’s midfield depth is scary good and scary young so he would be leaving it in good shape.

Stephen Hill
If it wasn’t for Harley Bennell, this man would be famous for his soft-tissue injuries, perhaps more than his speed and silky skills. Turns 31 in May and by season’s end, won’t have a deal. I predict his time is up on a good career.

Michael Walters
‘Sonny’ has already turned 30 and he’s got a deal until the end of 2022 but let’s face it, even if it was this year, he’s not going anywhere. Silky smooth with more polish than a beautician’s toolbox, Walters isn’t done yet.

Nat Fyfe
It makes some fans feel old to see Fyfe will be 30 in September, but it’s true. His deal expires in 2023 and the dual Brownlow Medallist will be around until he’s ready to call it quits, which won’t be for a long while.