I had no idea what I was looking at – the animated bald adonis emerging from ‘the octagon’ on the cover and the pictures of fighters in traditional martial arts garb.

The R18+ rating suggested a world of possibilities. My dad, for whatever reason, let me hire it.

Until that point, wrestling and kung-fu films had been my go-to. I hired everything there was to hire.

Old copies of WCW and WWF pay-per-views, as well as films like The Drunken Master or The One-Armed Swordsman, were often put up onto the counter as my dad and I were about to leave the video store.

To my 11-year-old mind, I expected that UFC would be the mix between kung-fu films and WWF that the cover promised. I imagined a karate black belt backflipping off the cage, kicking their opponent in the head and gracefully finishing the fight.

UFC 1: The Beginning was not what I thought it was going to be. There were no back-and-forth duels with somersaults and head kicks like in the kung-fu films, and there wasn’t anyone being suplexed into the announcer’s table, but whatever UFC was, I was hooked.

It was like nothing I had never seen before – an actual fighting tournament, but nothing like the ones in films like Master of The Flying Guillotine or Mortal Kombat. Brutality and surprise made up for the lack of cinematics.

From there, I started a love affair with mixed martial arts (MMA). If I wasn’t being pinged with late fees from the video store because my copy of Pride Fighting Championship for PS2 was three weeks overdue, I was watching grainy footage of vale tudo (a Brazilian predecessor to MMA) on the pre-YouTube internet.

If there were breadcrumbs that had anything to do with MMA, I would pick up the trail and follow it, even if it only ended up with a wrestling match that broke kayfabe and turned into a fistfight.

As I got older, work, uni, parenthood and lack of accessibility to MMA caused me to lose touch with the sport. I missed the dominance of Georges St-Pierre and Anderson Silva.

Admittedly, I caught the back end of Silva’s career, but he wasn’t the same man who front kicked Victor Belfort into another dimension.

The ubiquity of sports streaming services has since helped me re-engage my MMA fandom, and I’ve been lucky enough to watch Isreal Adesanya’s journey from his UFC debutant to UFC middleweight champion.

In the first fight I saw him in – a prelim bout against ‘Razor’ Rob Wilkinson at UFC 221 – he fought with such a captivating style that I wanted to see more. 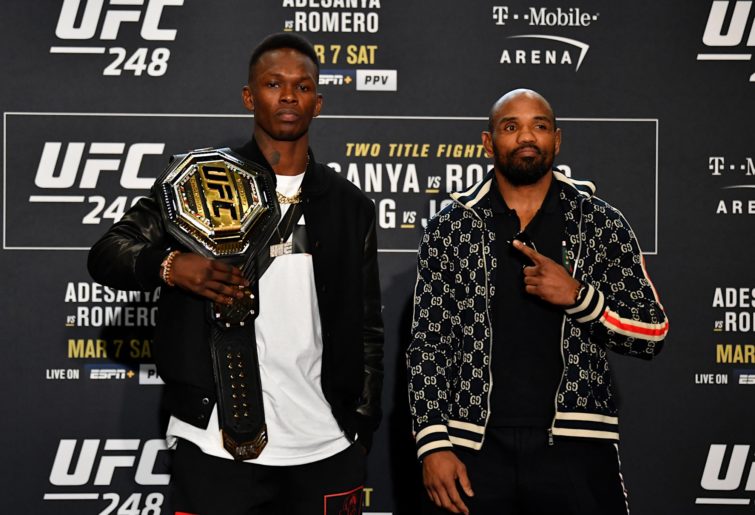 I went and watched whatever I could find about this bloke that referred to himself as ‘The Last Style Bender’ – a reference to Avatar: The Last Airbender, an animated show that both my son and I love.

The youtube rabbit hole led to regional kickboxing tournaments in New Zealand, Chinese MMA promotions with Russian commentary and his first MMA fight, which looked like it took place in a scout hall.

Regardless of the fight, Adesanya was magnetic. He had his own unique fighting style that was immediately watchable: a mixture of precision and flair.

Once in the UFC, he quickly produced that pro wrestling style of showmanship, carrying on in a way the made you either love him or hate him.

Adesanya’s fight for the world light-heavy title against the champion, Jan Błachowicz, this Sunday is set to be a barn burner.

Adesanya, who is already considered light for his own division is moving up a weight class to face Błachowicz – a veteran Polish powerhouse who has a considerable size advantage and a track record of leaving his opponents unconscious.

It’s these kinds of set-ups that make me excited as a fan and make me feel like a kid again. There is an element in this fight of all the things I thought the UFC would be: the tough-as-nails giant who could knock you out with one punch, versus the smaller, swift and elusive striker who could hit you with a roundhouse kick or a flying knee.

It is something 11-year-old me would lose his mind over – and it was what I thought I was going to see when I first picked up that UFC VHS.

I’m not trying to make proclamations about Adesanya being the best or even the most entertaining fighter. But as someone that found the sport as a kid, he is the fighter that has brought back that child-like enthusiasm and obsession for me.

I’m sure every MMA fan has their own personal story of one fighter, one event or one moment that drew them into the sport, or, like me, rekindled their passion for it.