Assessing the three boys who were taken by the boys at Alberton and then in 2020, the boys at the harbour took three young guns as well. Fair to say, they’ve both smashed it out of the park.

Concluding the 2020 season, Sydney had been encouraging in their performances but a 16th placing with a 5-12 record wasn’t the usual Sydney of the last couple of decades. A low finish got them pick No. 3 in the Draft and they had two very good academy prospects.

That No. 3 pick got down to 4 due to the Dogs’ academy pick Jamarra Ugle-Hagan going at No. 1, before Adelaide took local lad Riley Thilthorpe, North Melbourne swung a surprise and took Will Phillips, leaving Sydney to grab WAFL goal-kicking runner-up Logan McDonald, described as a player who “converts his shots, is great on a lead and will be consistent for many years”.

Hawthorn bid on Braeden Campbell with the next pick and it was matched quickly, and rightly so – his ball use has been genuinely astounding. His pre-draft analysis said: “explosive player with excellent speed” and “an elite ball user” and hasn’t that shown just two games in?

At pick No. 32, Geelong bid on the other Sydney academy player, Errol Gulden, but again, the Swans matched the bid and two games in, he’s been the best of the lot. A mature head on 18-year-old shoulders and was described as “a death by a thousand kicks”, “works his way into being a regular ball-getter” and “doesn’t waste a disposal”. 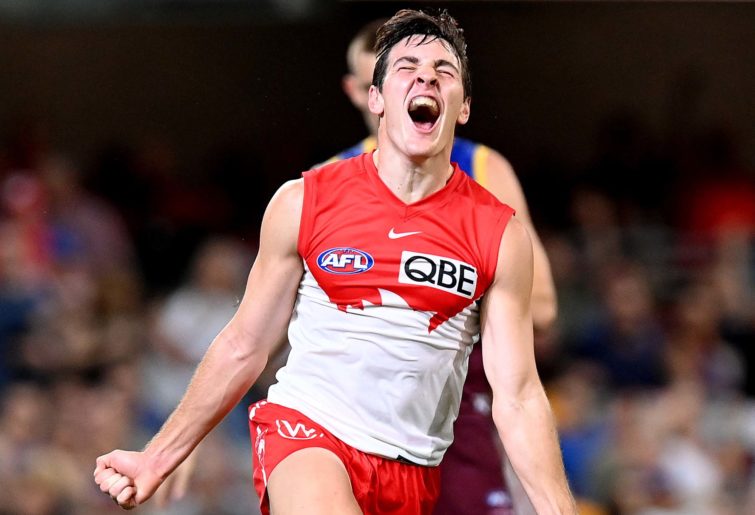 At the end of 2018, Port Adelaide were a game from being in the eight, Ken Hinkley was in the firing line and some rejuvenation was required.

On Draft night, Sam Walsh was the No.1 pick you get first off the board and the pundits were spot on but for Port fans, the No. 5 pick they had thanks to getting Sam Mayes and giving up Pick No. 6, 35 and a future third-rounder.

After Walsh, Jack Lukosius and Izak Rankine (Gold Coast) went north and Max King went to St Kilda, all eyes turned to Port Adelaide as they read out the kid from Port Augusta, the local lad named Connor Rozee, who in his draft year was described as “X-factor personified” by afl.com.au.

Onto Pick 12 and in the famous phantom draft run by the league’s website, that pick was projected to be Jordan Clark, who later went to Geelong but the Power went with a kid who was described as a “small, slight, good ball-user who could be a winger”.

That man made the All Australian squad in his second year and has had an elite start to 2021: Zak Butters. 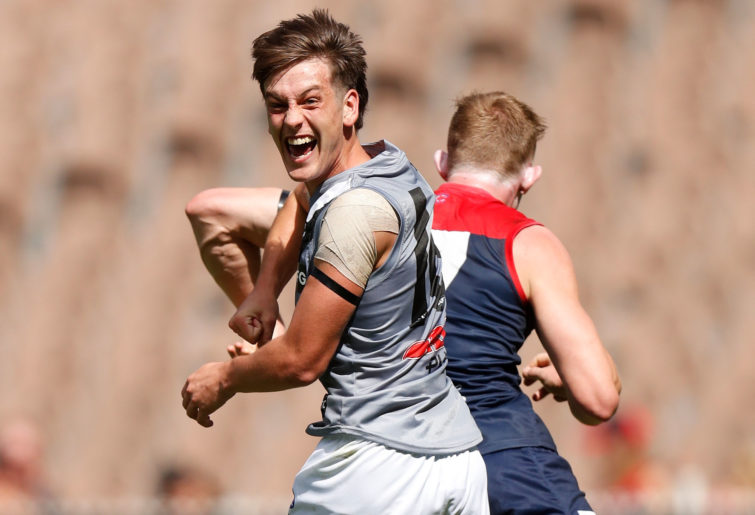 Six picks later and another Victorian landed at Alberton, described as “a consistent defender/mid who can run and separate from packs with speed”. Xavier Duursma now has Brad Ebert’s number seven and you’d be hard pressed to find a better current jumper handoff.

What no one could have predicted about these three boys is how tough and composed they are under pressure.

They’ve all got finals experience, Butters of course has been in the AA squad and there’s a real argument that Duursma is the most consistent week-to-week of the lot so far. Rozee has excitement written all over him with a way to do things other can’t.

And how about the similarities in how the two draft crops began their careers? In Round 1, 2019, Port went on the road and bullied the previous year’s preliminary final participants Melbourne by 26 points with the trio being integral cogs in the unit.

Sydney went on the road to last year’s preliminary finalists Brisbane and took them to town by 31 points in a huge upset.

Errol Gulden will compete with Callum Mills for the three votes with 19 touches, ten marks and three goals, McDonald showed what he’s going to be for the next 10-15 years with five grabs and 3.1, while Campbell applied his trade at half back with a dozen touches.

Fast forward to coming up to Round 3 of 2021 and Port Adelaide are contending and coming hard for Richmond too. Rozee should be back for that Round 4 clash with the Tiges, if not this week.

Gulden and Campbell have already received Rising Star nominations. In 2019, Duursma and Rozee got nominations, with Rozee finishing second. McDonald is only another three goal haul or more away from joining that club.

Both of these teams’ supporters have got a side with elite young talent.

Can Sydney contend circa 2021 Port Adelaide?

The only question they have to ask themselves: why not? 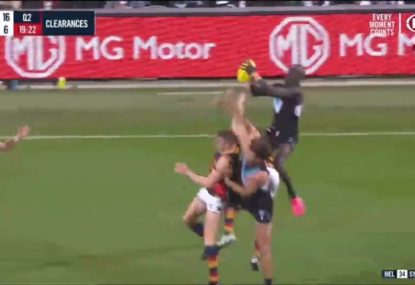 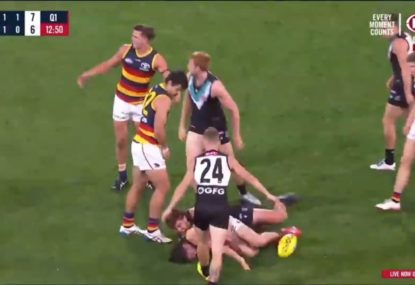 As Lady Macbeth discovered, it is sometimes impossible to wash out that “damned spot”.