Five key questions ahead of the IPL

Ahead of tonight’s season opener, we assess five key topics for this year’s IPL, which includes 16 Australian players and three head coaches.

1. Will we even get to the end?
It might sound unlikely, but there’s a genuine chance the 2021 season won’t even reach its conclusion. COVID cases in India have reached record levels; there were over 115,000 new cases on Tuesday — its highest daily increase since the pandemic began.

Aussie all-rounder Daniel Sams checked in to his Chennai hotel on Saturday and delivered a negative test before testing positive on Wednesday. Despite other players testing positive too, the BCCI has backed its bubble procedures to hold up during the tournament. From an Australian perspective, though, one has to again question how Cricket Australia has given ‘no-objection certificates’ to players for the tournament given how hardline the governing body was before the (now canned) South African tour.

2. Can Maxwell deliver?
It’s been a lean few years for Glenn Maxwell at the IPL. In 2018 and 2020 combined (he opted out of 2019), he has averaged less than 15, with a strike rate of just 123. He failed to hit a single six in 11 innings last year. The pressure is always high on well-paid overseas players in the IPL, and this year that’ll ramp up even further should he start poorly. He said this week he was “not overly concerned” about outside pressure and had not set specific targets this season.

Perhaps Maxwell’s best attribute, and the reason why Royal Challengers Bangalore have backed him in, is his attitude. For Australia, Maxwell has consistently put the team first during late-order ODI and T20I innings, foregoing stat-padding for the sake of the side. That, plus his raw ability and experience in India (he estimated this was his 22nd trip) make him a key cog in the Simon Katich-coached RCB, who are gunning for their first-ever IPL title (and also feature the likes of Virat Kohli and AD de Villiers).

3. Will IPL form dictate Australia’s best World Cup XI?
The answer to this is simple: it should. The IPL is far and away the best T20 tournament in the world and a higher standard than most international T20 cricket, too. And given the World Cup is on Indian soil later this year, any Aussie player that can dominate this year’s tournament will go a long way to booking a spot in Australia’s best XI.

Take Jhye Richardson, for example. A dominant BBL season shows that he’s almost back to his best, but the IPL is the real test. Should he perform well for Punjab Kings (and his hefty price tag certainly suggests he’ll be given the opportunity to do so), he could force his way into the third seamer spot in Australia’s XI. 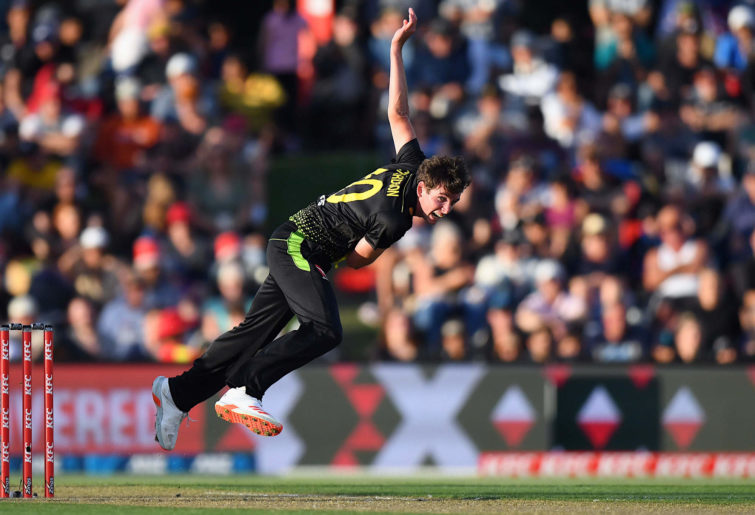 4. Could Dan Christian make an irresistible case?
If there’s an available spot in Australia’s best T20 side, it’s in the middle order. While David Warner, Aaron Finch, Steve Smith and Glenn Maxwell are likely locks up the top, there is a big-hitting position up for grabs at number five or six in the upcoming World Cup. At 37 it would appear unlikely, but stranger things have happened.

And as we know, Christian is a winner, having won nine T20 titles around the world. His biggest hurdle is likely the initial one — getting into RCB’s XI. IPL rules dictate that teams can only play four overseas players in any game. And with de Villiers, Kyle Jamieson, plus Aussie quartet Maxwell, Adam Zampa, Kane Richardson and Sams on the list, it could prove tricky.

5. Do Australian cricket fans even care?
Hoo boy, a tough one to finish. Look, the IPL has never had great traction in Australia because of the horrible time difference. That is, most games start at midnight and finish before anyone gets up.

By contrast, in the UK most games begin in the late afternoon which means there is a greater level of interest among English cricket fans (on this note, there are more ‘afternoon’ games this season, 11 in fact, which start at the more fan-friendly time of 8 pm AEST).

There’s also a degree of cynicism about the hyper-commercialised nature of the tournament, which can grate. But at its core it features some brilliant talent, both existing and emerging. Let’s not forget it’s the tournament that unearthed Jasprit Bumrah and, more recently, Rishabh Pant and Shubman Gill. It’s high-quality cricket and while it can drag on, is sure to be entertaining.