Last week the world’s biggest cricket site, ESPNCricinfo, updated their style guide to replace the term ‘batsman’ with ‘batter’. The step reflected a change that is already happening, as ‘batter’ is already part of cricket’s vernacular.

Tim Paine and Steve Smith, for instance, already use the term over ‘batsman’.

From both a practical and social perspective, it is absolutely the right move.

Practically, it joins the other three disciplines in cricket that are already gender-neutral: bowler, fielder and wicketkeeper.

Batter has joined the party (albeit a bit late).

“We are conditioned to use the word ‘batsman’ because that’s how it has always been,” Indian legend Rahul Dravid said this week.

“But, if you think about it, all the other playing roles are gender-neutral. Cricket has been evolving in every possible way, as has language. This is a progressive move for cricket towards contemporary sensibilities.”

Post-match awards are no longer ‘man of the match’ but rather sensibly ‘player of the match’, and this is an extension of that.

From a social perspective the change, while small, is a meaningful way to continue bridging the gap between the male and female game.

Meg Lanning of Australia. (Photo by Will Russell-ICC/ICC via Getty Images)

Historically cricket has been heavily favoured towards men, and language has reflected that.

Using ‘batter’ alone won’t achieve gender equality in cricket, but it will ensure a young girl being introduced to the game won’t question, even subconsciously, why the suffix infers this is something a man usually does.

“A lot of people will not see the benefits of this,” South African batter Temba Bavuma said this week.

“But I recognise that in order for us to reach equality and equity in the game, it all starts with seemingly small steps like this and more conversations of this nature taking place.”

In the last couple of years, I’ve tried to increasingly use batter over batsman.

I say “tried to” because I’m sure I’ve slipped up and unwittingly reverted to ‘batsman’ — changing hardwired language is difficult, and even jarring at first.

In almost every piece in which I’ve referenced a ‘batter’, commenters on this site are eager to explain why I shouldn’t be using it.

The first gripe is that ‘batter’ is a word for fish and chips, not cricket.

The second gripe is that it’s an ‘American term’.

This seems a strange bone to pick given the Americanisation of cricket runs far deeper than a shared reference with baseball; I mean, the world’s best men’s players are currently competing in a multi-billion dollar franchise tournament featuring cheerleaders and advertising timeouts.

The third issue with ‘batter’ relates to tradition, and changing a long-held term.

This, to an extent, I understand.

Cricket fans are a protective bunch, and loathe to break with convention (although less likely these days).

This can be harnessed in great ways; the staunch defence of Test cricket is an example of this. 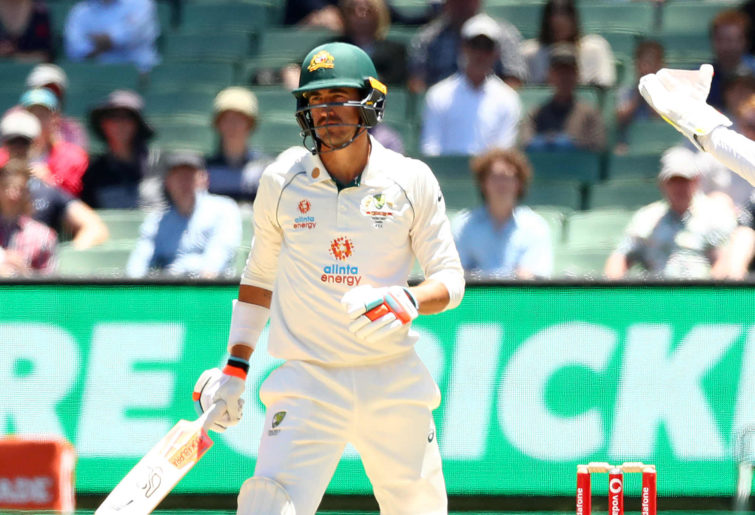 But difficult doesn’t mean it should not be done.

When so many prominent female figures in the game tell us that this is important, we should listen.

“When you say ‘batsmen’ or ‘man of the match’ or when you say, ‘hey, boys’ when you are in the backyard, girls kind of tune out because you are not talking to them, or they don’t feel like you are talking to them,” former player and now top-level commentator Lisa Sthalekar has said.

The fourth argument against ‘batter’ over ‘batsman’, and the one that goes deeper into the issue, is the assertion that change is merely being done to appease the ‘politically correct’ or ‘woke’.

It’s regretful that being inclusive (a positive trait) is equated with being politically correct (a generally pejorative term).

Speaking personally, by using the term ‘batter’ I’m not trying to lead the charge of the ‘PC brigade’ or garner clout among ‘lefties’ or whatever culture wars vernacular you want to use.

I simply think use of language is important. I think language evolves. And in this case, it’s for the better.

My guess is that it won’t take long until batter is used across the board, and opposition will die away.

‘Fielder’ was once “fieldsman’, but there’s little argument about that term now.

While it may initially jar, batter is a positive evolution of a cricketing term.