To start the season, Harden was a resentful Rocket and Kevin Porter Jr – a talented combo guard, who was already labeled a problem by NBA GMs – was all the way in Cleveland, not playing because of off-court issues.

They were two completely different yet dire situations. Thirteen thousand miles apart, no one would guess uniting the two would lead to a mutual resolution.

Then smack bang right in the middle of the season, the Cavaliers gave away Porter for practically nothing: a second-round pick that was top 55 protected.

Fourteen games into a long 20-game Rockets losing streak, Porter debuted for the 2020-21 season. Not long after, he broke LeBron James’ record as the youngest player to score 50 points. It was a joint insult to Cleveland. 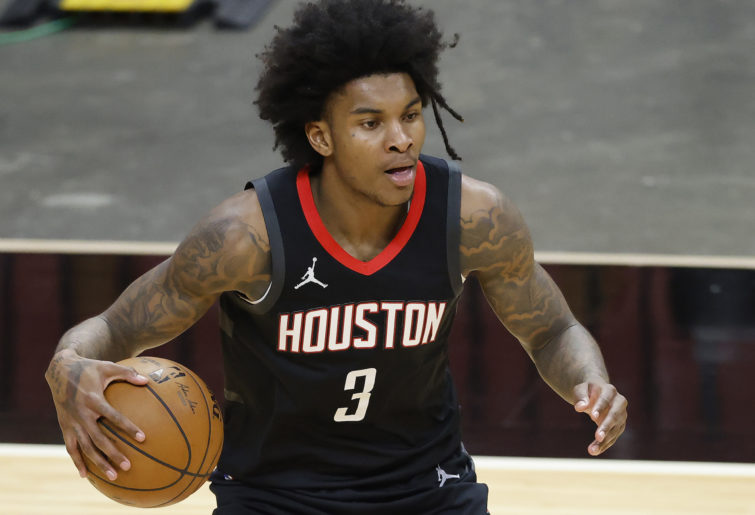 But for those who knew Porter growing up, his destiny was not always so bright. His father was shot and killed when Porter was four years old. He was trying to help someone be attacked.

Playing for the prestigious USC Trojans in college, he nearly got kicked off the team for personal conduct issues. Something happened off the court, we don’t really know.

Just look at Kevin Love’s childish outburst against the Raptors last week. That’s supposed to be the guiding veteran there. That is still better than Tristan Thompson snapping at then head coach John Beilein on live television, or anything Andre Drummond did.

Where you end up matters so much, and Porter was thrown into a dumpster fire.

He went through several controversies away from the basketball court before leaving Cleveland.

But Rockets fans have a young, athletic, troublesome kid who can undisputedly ball, kind of like the evolved version of Latrell Sprewell or Rasheed Wallace.

Just watch his previous game where he was jawing off at the Timberwolves players like they were YMCA scrubs.

Hate the kid or love the kid, he is entertaining. But if Houston can keep him in line, which is difficult to predict since Houston is quite the city, then you have a 20-point-a-game scorer, easily.

If they don’t, then he will just end up an unfulfilled talent.