It is time for the Waratahs' Roger Davis to go

I’ve been very vocal in my comments on this site that I want Roger Davis, the chairman of the New South Wales Rugby Union, to resign.

I completely disagree with the sacking of Rob Penney. I believe Davis is culpable for the current state of the Waratahs.

He has led the organisation since he was invited to take up the role nine years ago. Back then, his role was Chairman of NSW Waratahs Limited, running the professional game in NSW. Nick Farr-Jones led a separate board for the New South Wales Rugby Union, running the community game.

Davis inherited a basket case: team manager Chris Webb, prior chairman Edwin Zemancheff and head coach Michael Foley all left the side within a week of each other. The team finished 11th out of 15 with four wins, 12 losses for the 2012 season.

The first order of business was a replacement coach and Michael Cheika was brought on board. Success came two years later with the title in 2014 but all was not well.

“I surprised the board. They didn’t see it coming. We were talking about next year,” Allen said.

Allen’s replacement was Greg Harris, one of the most respected administrators in the country. 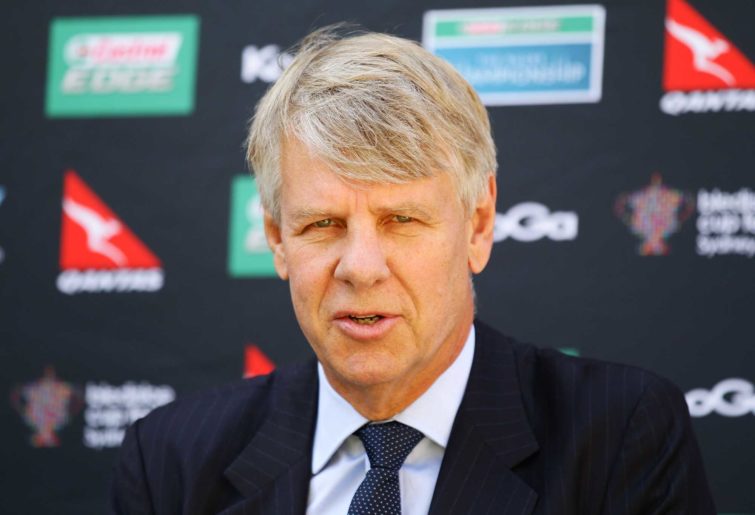 Harris announced he would be stepping down six months after his appointment as CEO, which was reported as follows by ESPN:

“I would love him (Harris) to stay on,” Waratahs chairman Roger Davis told The Australian. “There is a huge role to fill and I regard Greg as one of the best administrators in the game. I guess he’s got other things to do with his life.”

Harris is believed to have clashed with rival administrators over the Waratahs’ governance structure and found change difficult to achieve at both the professional and community level.

“I can assure you I’m not resigning because of ill health,” Harris told The Australian.

A 44 per cent win record and a failure to refresh the squad had many questioning his suitability but Gibson was given a two-year extension, only to quit four months later.

“I think during the year I had a change of heart around exactly where the team is and where the list is at and with the cycle of players coming through and now it is really visible.”

Rob Penney was announced as the replacement coach but one week later the team was embroiled in controversy again as CEO Andrew Hore quit.

“I formally communicated with him on Sunday saying, ‘It’s fish or cut bait time, you either are in or out, confirm or deny’,” Davis said to the Sydney Morning Herald afterwards.

“He resigned this morning [Monday]. The rumours were circulating and all I had were rumours until this morning. When there is smoke there is fire. Until such time as he tendered his resignation, we were dealing with speculation.

“The season starts soon, so the timing is shit in that regard … [we] didn’t see it coming. We’ll survive as we always have and hopefully put a good team on the paddock.”

Paul Doorn was next into the CEO role and walked into all the challenges of suspended competition, uncertain TV rights and the COVID-19 epidemic.

Crucially, under the watch of him and Davis, the team budget was restricted, which saw an exodus of players and an incredibly inexperienced squad taking the field.

No other Super AU team needed to apply the same restrictions. The Waratahs will apparently spend the full cap next year but the damage has been done.

“The decisions that we had to make in 2020 during the height of the coronavirus pandemic for 2021 – those tough decisions that we made have set us up very well for this season and the next,” Doorn told the Herald earlier this year.

“From a player roster perspective, it’s not something you can catch up instantly. But we’re very confident we can attract and pay for the very best roster that we can. We will have the money to buy the players that we need to have a really, really competitive roster. We had to take our medicine this year. We had to take it to set ourselves up for 2022 and beyond.”

The commitment to spending next season came too late for Penney, the coach made into a scapegoat despite the financial handcuffs. 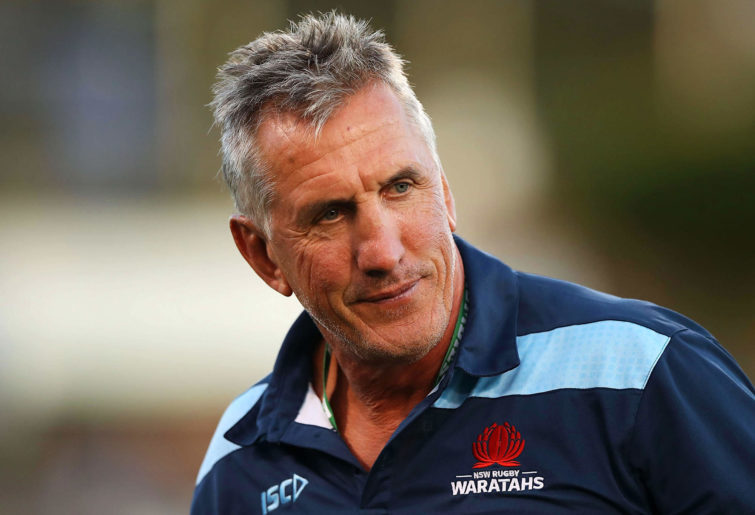 While the above was happening, the Waratahs and NSWRU boards were re-united in 2016.

Along the way, NSW mismanaged the implementation of the National Rugby Championship within the state.

In 2013 when tenders were put out for the NRC, those in charge of rugby in the country came to the Sydney Shute Shield clubs and told them they wanted the clubs to run the NSW NRC teams. Manly, Warringah, Gordon and Norths ran the North Harbour Rays; Sydney University and Balmain the Sydney Stars; West Harbour, Penrith, Parramatta, Eastwood and Southern Districts had the Greater Sydney Rams, and NSW Country were run in partnership with Easts and Randwick.

This was not a model that was implemented anywhere else in Australia. The lack of success for the NSW teams, the fact that two of them were cut, and the testimony from players that the NRC was not a pathway to the Waratahs are quite damning.

“Over the last five years, the NRC hasn’t been a legitimate pathway to the Waratahs. Each year, a vast majority of the contracts are distributed prior to the commencement of the tournament,” was one Roarer’s take on the competition in 2018.

By that year, Davis and his team had appeared to recognise their error, bringing the remaining Sydney and NSW Country Eagles NRC teams under the control of the Waratahs. The unification was short-lived as the competition was discontinued two seasons later.

During Davis’s tenure, there’s been a botched NRC implementation, three CEOs resigning on his watch, one coach quitting, another coach sacked, the team in disarray, and financials so desperate that the side are competing on around 80 per cent of the salary cap of their competitors.

Rumours abound that he will resign at the NSWRU AGM this month. I hope they are true as, barring the board turning on him, that is the only way his disastrous tenure will end.