Only a small group get to say they accomplished all they wanted to and retired when they were ready.

Most unfortunately don’t get to call it a day on their terms. They may have ticked all the boxes, but knew they still had more to give.

Or they were a young star, still on their way to reaching rugby league greatness, but their bodies and the medical world had other ideas.

So far this season we have seen three legends of the game retire due to injury. On Monday, Boyd Cordner stepped away from the game due to numerous head knocks and concussions. Earlier this year, Jake Friend had to make the same call for the same reason. And Brett Morris called it a day after tearing his ACL.

While all three players had nothing left to prove, they would still be playing today if it wasn’t for injury.

Many others have had abrupt endings to their careers. Some had reached the highest peak, and others were still on their way to the top.

Alex McKinnon was a hard-working second rower who played for the Dragons and the Knights. He represented New South Wales in the Under 20s State of Origin, as well as the Junior Kangaroos. While playing for the Knights against Melbourne in 2014, at only 22 years of age, McKinnon was hit in an illegal tackle which left him quadriplegic.

Sam Burgess was one of the toughest enforcers in the modern era, playing 182 games for South Sydney and representing England on the world stage, always as a dominant presence. He was a vital part of Souths’ 2014 grand final win against Canterbury, showing his toughness by playing with a fractured eye socket that he received in the first minute of the game. Burgess announced his retirement in 2019 after numerous shoulder injuries, and having surgery that resulted in an infection that stopped him from getting back to his best. 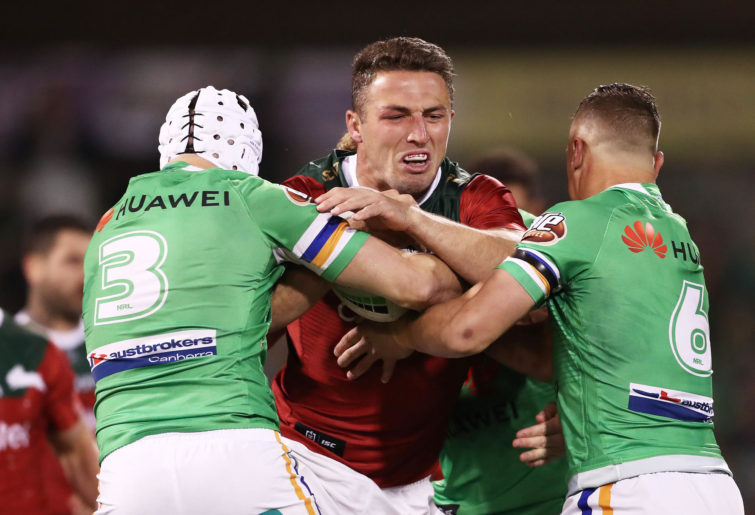 Andrew Johns won two grand finals with the Newcastle Knights, represented NSW in 23 games and Australia in two World Cups. The eighth Immortal accomplished more than most could dream of, but his career was cut short in 2007 at the age of 32. After a long list of injuries – the most famous being a punctured lung that he played with during the 1997 grand final – Johns finally had to wave the white flag due to a bulging disk in his neck that could have caused major spinal damage had he continued to play.

It would have been wonderful to see just how far Taniela Tuiaki could have gone. A lightning-fast winger, he played three and a half seasons with the Wests Tigers, broke records for most tries scored in a season by a Tigers player, and was named Dally M Winger of the Year in 2009. Unfortunately, after missing the whole 2010 season due to an ankle injury, Tuiaki had to admit defeat and retire.

Canterbury, Parramatta and Wests Tigers hard man Jarrod McCracken also skippered his beloved New Zealand, but his long and successful career was cut short in May 2000 in a game against Melbourne, from a spear tackle by Marcus Bai and Stephen Kearny. McCracken later successfully sued both players and the club over the tackle.

Jharal Yow Yeh was destined to be a superstar. A vital player in Brisbane’s attack, he was also selected for Queensland and Australia by the time he was 22. But in 2012, the young winger went up to catch a cross-filed bomb, landed poorly and suffered a devastating compound fracture to his ankle. Ten operations and two years later, despite so much determination to get back on the field, Yow Yeh succumbed to the injury and in 2014 announced his retirement – a devastating way for a certain future champion to end his career.

It’s always sad to see players retire – fronting the media with tears in their eyes, telling the world they are giving up the game they love – but you feel so sorry for those who have had the decision made for them. When their heart just couldn’t argue with the rest of their body anymore.

Whether they are remembered as royalty, or the young player who had such a bright future ahead of them, it must be so hard to live with the question of ‘what if’, sitting at the back of their mind.

The rescheduling and changing Round 20 means you’re getting your talking points with two games still to be played, but it’s that kind of season.

Craig Bellamy claims an MCG grand final would be a massive shot in the arm for rugby league even if Melbourne weren’t in it as speculation mounts over the NRL decider.

The South Sydney Rabbitohs’ win streak has extended to eight straight after a brilliant performance from Cody Walker and Latrell Mitchell. 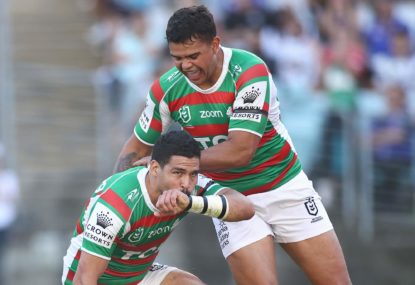 Jaydn Su’A was placed on report, sparking debate over protecting the halfback. 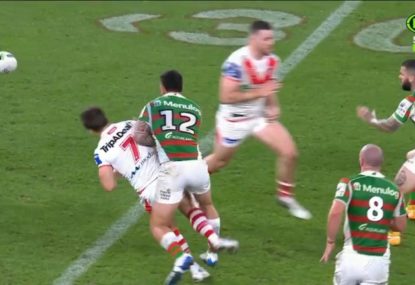 Mathew Feagai was awarded a try after Jaxson Paulo made an absolute mess of the first downfield kick of the game – that was until replays found a knock-on. 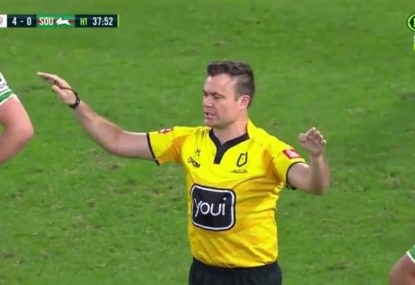