“A Redcliffe team is fundamentally destined to fail. You need a CBD-based team to tap into the commercial and corporate opportunities needed to bankroll an NRL team,” said Nick Livermore, the face of the Brisbane Bombers NRL expansion bid, in March, 2019.

In February of this year, Brisbane Bombers announced they were combining bids with the Ipswich Jets in their push for inclusion in rugby league’s premier competition, stating the bid will indeed be based in Ipswich rather than the CBD.

What? I wonder has changed in these 11 months to make a team based outside of the Brisbane CBD more viable for Mr Livermore?

“League fans who live in Logan or Ipswich will not support a Redcliffe team, so the NRL would essentially restrict its support base to the Moreton Bay region.”

Would the same growth restrictions not apply in reverse to your proposed Ipswich bid?

I am the exact supporter a new Brisbane team would be looking to engage with. I have lived in SEQ all of my life, but supported the Eels since I was seven, for no particular reason.

I’ve attended Broncos games regularly over the years, but they have just never been a team I wanted to get behind. Although, with six premierships to the Eels’ zero in my lifetime, perhaps I should have!

I live in the inner-north, and were a CBD-based team to enter the league, I would absolutely jump on board the bandwagon and get inaugural season memberships.

I don’t doubt that I would head out to Ipswich to watch Eels or ‘derby’ games, but there’s no way I would take the Jets as my (second) team.

Sure, Ipswich is rugby league heartland and likely to gather significant support from locals, but is this what a second Brisbane team has been about ever since it was first mooted?

I thought it was more about staging a game in the CBD every weekend and engaging with rugby league fans who don’t already engage with the Broncos. 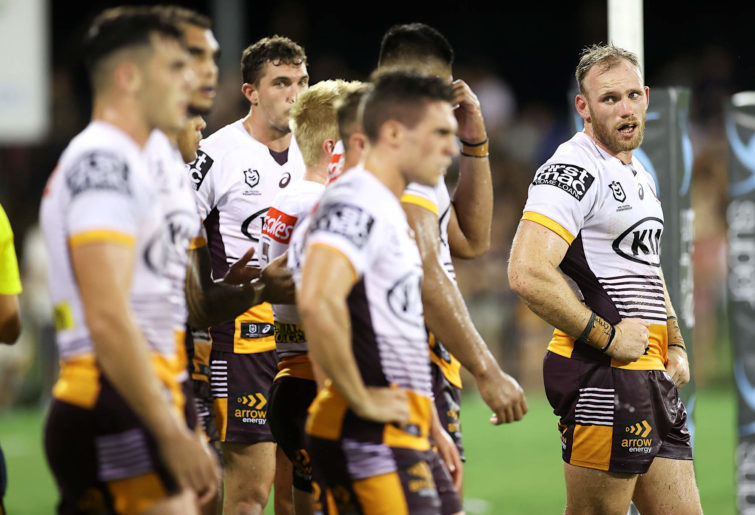 The question then is: is a new team likely to pick up more fans playing in place with 330,000 residents, or playing in a place with a several times larger population? If a non-CBD bid was destined to fail in March 2019, surely it remains so in 2021 and beyond?

Beyond analysis of the potential supporter base of a new rugby league team, would the proposed location of this stadium be of benefit to already existing or potentially new teams?

This equity is something we should demand of tax funds whenever appropriate.

A ‘staff writer’ on ftbl.com believes that this stadium would give a boost to hopes of a second Brisbane A-League side.

Being that the ‘Brisbane’ Roar currently play out of a park stadium at Redcliffe, which in itself is not part of Brisbane, many Roar supporters have rightly pointed that to add a second A-League team in Brisbane, you would need an existing team in the city first.

And besides, talk of an A-League team in Ipswich is totally putting the cart before the horse and done totally to build rugby league’s business case for an Ipswich stadium.

In keeping a close eye on these matters over the past years, rarely does the actual football community push for a new team at Ipswich. Any mention usually comes in the context of a new stadium for rugby league and having multiple anchor tenants.

This is not a say football might not work out there one day, but does anyone seriously think it’s a good idea to plonk two brand new teams in an area of 330,000 at once and just hope both will be sustainable?

Money is tough to come by these days and spending on discretionary items such as tickets and merchandise is likely to force many would-be fans to pick between rugby league and football.

Personally, I don’t see that ending too well for football. So, while it is nice for football to be mentioned in all this recent news, they are a mere pawn in rugby league’s stadium plans.

In addition to the Brisbane Roar, I can imagine Queensland Reds and their fans would yearn for a 20,000-seat stadium located somewhere centrally in Brisbane.

While Roar made the jump to Redcliffe to stop the bleeding of exorbitant Stadiums Queensland hiring fees, I bet Queensland Reds are also looking for a better long-term solution to Suncorp Stadium.

The strong season the side enjoyed with boosted crowds would surely have softened the blow for them for now, but what about moving forward?

Hell, the Broncos might even choose to play a couple of games a season there against the lower drawing teams (or if they continue to languish at the foot of the table for a few more years to come and their “sing when you are winning” fans drop off).

The Ipswich mayor has made mention of the stadium being used for other community-level competitions such as the Langer Cup and Intrust Super Cup, which is vital in spending $250 million of taxpayer funding, but on this front, wouldn’t a CBD-based stadium make a stronger business case?

The aforementioned Langer Cup and Intrust Super Cup could be played centrally, as well as NPL, Brisbane club rugby, concerts and any other organisation that wants to stage an event in the city centre.

So, it is well and good for Ipswich City Council to lobby both State and Federal Governments for $2.5 million to support the finalisation of a business case for a future North Ipswich Reserve stadium, but I genuinely hope that any case is assessed against the business case of a CBD-located stadium.

We should be servicing the teams that already exist in Brisbane Roar and Queensland Reds (and the rest) before worrying about teams that don’t currently exist (in their future guise, anyway – I don’t doubt that Ipswich Jets aren’t an existing team in the Intrust Super Cup).

In the words of Nick Livermore, “I’ve always maintained that the second Brisbane team must have a metro presence.”