Aussie selection wildcard that could cut down the West Indies

Australia’s been given a blueprint to strangling the West Indies’ explosive batting unit ahead of this week’s T20I series, with South Africa’s spinners bowling them to a series win against the Caribbean sluggers.

The West Indies rely on their battery of brutal hitters to win T20I games, and the Proteas showed this past week that pace off the ball is key to frustrating them.

The home side attacked South Africa’s highly-rated quicks Kagiso Rabada, Lungi Ngidi and Anrich Nortje, who together went at a whopping 9.3 runs per over across that five-match series in the Caribbean.

By contrast, the West Indies were choked by Proteas spin pair Tabraiz Shamsi and George Linde, who conceded just 5.7 runs per over.

The Windies army of sluggers are experts at exploiting pace on the ball but far less adept at bossing spin.

This is a rare piece of good news for Australia who have two of the world’s highest-ranked T20I spinners in Adam Zampa and Ashton Agar, but are otherwise missing six members of their best XI on this tour.

Australia are without David Warner, Steve Smith, Glenn Maxwell, Marcus Stoinis, Kane Richardson and Pat Cummins, all of whom would make their starting lineup.

After being a pace-dominated nation for years, Australia are in the odd position of having to lean on spin to win this series in the Caribbean.

The pitches in the series between the West Indies and South Africa were dry and slow. It was a low-scoring contest, with first innings totals of 160, 166, 167, 167 and 168. More of the same can be expected in Australia’s series, which starts this Saturday.

Australia must learn from the Proteas and stack their attack with spinners. The absence of Glenn Maxwell means they don’t have an all-rounder who bowls spin, so the tourists should select a third frontline spinner to support Zampa and Agar. That man is Mitchell Swepson.

The Queensland leg spinner is coming off a sensational summer of T20 cricket. In nine matches for Australia and in the BBL, Swepson took 14 wickets at 16, with a brilliant economy rate of 6.8.

That included an impressive T20I series against heavyweights India, in which he took five wickets at 14 with an economy of 6.9. All of his wickets against India were of top five batsmen. Despite brimming with fine players of spin, that Indian lineup was unable to collar Swepson. 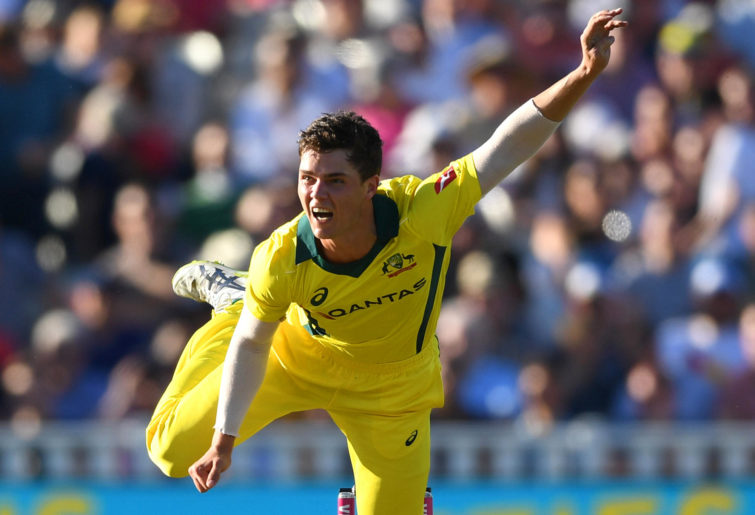 He should have gained enormous confidence from that series, and deserves to be given generous opportunities during Australia’s 10 upcoming T20Is in the Caribbean and Bangladesh.

Not only does playing three spinners against the West Indies make sense tactically, but it also offers Australia a chance to get more games into Swepson and expand their spin depth. That is particularly important ahead of October’s T20 World Cup, which will be played on dry, typically spin-friendly pitches in the UAE and Oman.

Australia ideally would love an off spinner or left arm wrist spinner to offer variety from Agar and Zampa. But Swepson is significantly different in style to fellow leggie Zampa. Australia’s first choice wrist spinner likes to pin batsmen to the crease by bowling quick, flat and skidding the ball through.

In that way he is the modern style of T20 leggie. This also explains why Zampa has been unable to find success in red ball cricket, which demands spinners flight and spin the ball more.

By comparison, Swepson is an old school leggie, much closer in approach to Shane Warne than to Zampa. His ability to flight, drift and turn the ball viciously has made him a Sheffield Shield star, and a major wicket taking threat in T20 cricket.

His loopier trajectory tempts batsmen into big shots, in contrast to Zampa and Agar who are primarily defensive spinners. If this hugely-undermanned Australian side is to beat the West Indies, then that spin group will have to shine in the Caribbean.