The AFL are doing their best to sanitise the game. Hard knocks, especially to the head, are discouraged and players are now rubbed out for mere accidents.

Some of the old timers are longing for the tough game of years gone by. There were some seriously hard men who have played the game. Somebody less generous would call them thugs.

Firstly, I would like to apologise to Mark Yates of the 1989 grand final and Gary Ablett Senior. You came close but lacked consistency.

Mark Jackson: pop star, on-field gymnast; player, journalist, and umpire baiter. He initiated the great Geelong-Hawthorn bloodbath. Many considered him a clown. And I anoint him as first reserve.

A bridesmaid to the thugs list. If he read The Roar, that is assuming he can read, he would be very disappointed because he would know he should be near the top of the list.

10. Budha Hocking
Now, Gary didn’t start out as a thug. He was skilled, talented, and hard at the ball. Just enough suspensions to keep him out of Brownlow contention.

It was just that when he got older, he slowed up. He found a little bit of contact gained him some respect. He was quite subtle. Players would fall over hurt when they contested the ball against him.

In the end, the umpires would just call a free if an opposing player fell over. At the time, they labelled the Cats the ‘Handbaggers’. It was also said that Gary carried a steel bar in his handbag.

The Cats were short of cash and for a fund-raising effort Hocking changed his name to a sponsor’s name for a match day. Unfortunately, it was Whiskas. This makes it hard to elevate ‘Whiskas’ beyond the 10th position.

9. Roger Merrett
Roger Merrett was a fearless moustached leader at Essendon going on to be the captain of Brisbane Bears. I always felt that Roger the Dodger based his game on Ronnie Andrews, who features up the list.

Was it Kevin Sheedy who appointed him the enforcer? Or did Ronnie take him under his wing? When Roger gave ‘the look’, opposition players knew to worry.

8. David Rhys-Jones
David Rhys Jones was the only one of the hard men that I met personally. Very mild-mannered and seemed like a nice guy off the field.

He was one of the Swans who migrated from South Melbourne to Sydney. He also played for the Blues. The wingman was a slender lad with attitude.

In his own words, he believed in “an eye for an eye and a tooth for a tooth”. And any slight niggle, he repaid in spades. 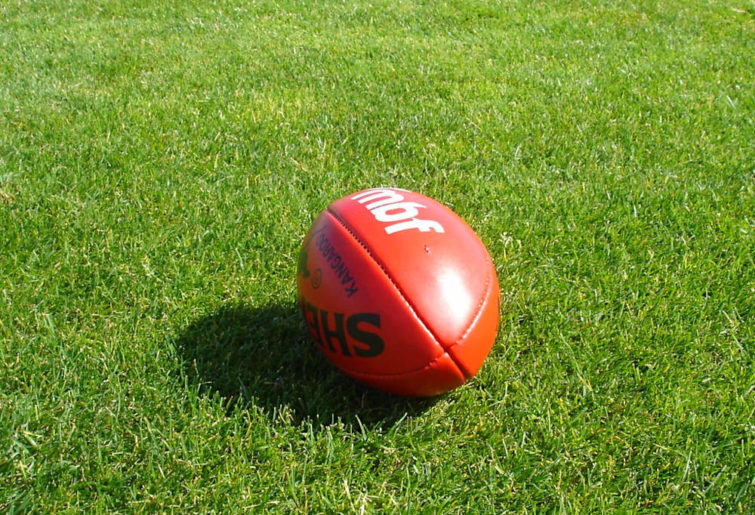 7. Carl Ditterich
An athletic ruckman with a volatile demeanour, he was reported 19 times and suspended 17. In the ’60s and ’70s, they didn’t report players for minor infringements.

Perhaps if I witnessed the full extent of Carl’s deeds, he would be pushing the top two.

6. Ron Andrews
Ron Andrews was an Essendon backman who also played a half a dozen games for Collingwood. He did his knee in 1978. He kept playing, just a bit slower and with absolutely no turning ability.

So, he just dieseled along straight. Straight through any opposition player in his way. Rotten Ronnie was the team enforcer. He was suspended for a total 24 games as his reward.

5. Byron Pickett
There was never any height to Pickett, but he was built like a tree trunk. He attacked the ball with virulence but it was his attack on opposition players that was scary.

He would run at players and give a fair hip and shoulder, except he hurt players. Bad.

In saying that, he was probably one of the fairest of all the gallery. Apart from a few minor suspensions, he worked within the rules of the game.

4. Robert Muir
Robert Muir played for the Saints in three stints in the late ’70s and ’80s. There has been talk that he was subjected to some prolonged bigotry and taunting. I am not excusing that.

When Muir was fired up, he was unstoppable. He would just belt them. Bigger, smaller, umpire – whatever.

3. Barry Hall
Big Bad Barry played for the Saints, Swans and Bulldogs from 1996 to 2011. So recent he is probably still remembered by most. 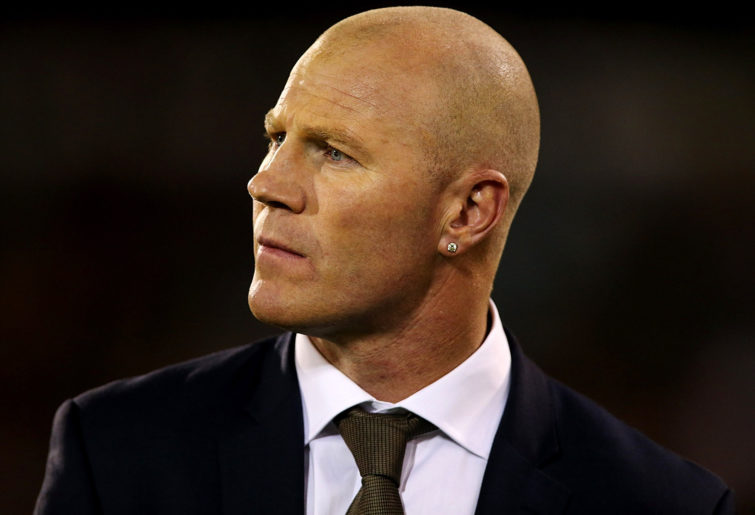 He was a junior boxing champion and transferred his skills to the footy field.

His brain snaps were not pretty. The Brent Staker clear knockout punch to the jaw in 2008 became a worldwide television highlight.

And cheeky Scott Thompson, nudging Hall while he did up his shoelace, was extremely sorry after Hall responded with a sleeper hold.

2. Neil Balme
As an administrator, Neil Balme has been credited with a positive effect on Collingwood, Geelong, and Richmond. It has been said that his positive, calm and rational demeanour has resulted in a combined total of seven premierships.

Even now, if Richmond are having trouble with the press, they wheel out Neil.

I have a feeling that the real Neil has been snatched by aliens, because the Balme who played is a different beast. He was big and he liked to use his weight.

He is most noted for the 1973 grand final against Carlton. This was the avenging grand final for the loss the year before. And although everyone denies it, some say that Balme premeditatedly biffed Vin Waite and Geoff Southby to ensure a victory.

1. Leigh Mathews
Lethal Leigh Mathews. It is claimed that he is the greatest player of all time but his is contested.

But nobody doubts his hard man credentials. Not a tall man – short legs, barrel chested, decent guns. Plenty of power.

I once saw him run into a point post. The post came off second best. Broke on impact.

He was often retaliatory but also unprovoked and just plain mean. You can try and justify the behaviour by saying it was ruthless.

There was the documented king hits on Barrie Cable, Peter Giles and Stuart Trott. The double knee drop on Ken Hunter.

But as they say, that’s the way the game was played in those days.

All South Australians would remember how Lethal ended one of their greatest players Barrie Robran in a 1974 State of Origin game. It has been described as a “wilful and avoidable charge”.

Mathews is the only VFL/AFL player charged with assault from play on a football oval. He was convicted for assaulting Neville Bruns in 1985.

He king hit Bruns, off the ball, breaking his jaw. He was convicted and given a fine but appealed and was later given a 12-month good behaviour bond. The VFL also deregistered him for a month as well.

And as the game slowly takes to the side of the soft, all we can do is honour those who dealt the carnage.