Danny Buderus isn’t prepared to declare this NSW State of Origin team the finest Blues side ever – at least not yet.

Because NSW’s longest-serving captain says such accolades have to be earned over multiple series, not just one.

“It’s hard, it’s a one-off series and you look at what Queensland did for 10 years,” Buderus told AAP.

“There has been a lot of heartache for a lot of Blues fans for a long time just watching Queensland dominate.

“This team needs to stay together for a long time and just keep forcing it.”

The problem for Queensland: There’s every chance Brad Fittler’s team will remain dominant for some time given the gulf in class between the two sides.

“You never know where this group could end up,” says Buderus, who is in NSW camp as an assistant coach.

“They are all young and have their best years ahead of them as footy players.

“It could be one of the great teams, but we still have a lot of work ahead to label this team as that.”

Statistically at least, there will be little argument against this being the Blues’ greatest series if they complete their first whitewash in 21 years on Wednesday.

A further 29 or more points in Game 3 will break the record for most scored by a team in an Origin series.

One more Tom Trbojevic try will see him equal Ryan Girdler’s record of five from that same 2000 series.

Queensland meanwhile have just one try between them for the series, making the case that this outfit is the worst Maroons side in history.

Their six points across the first two games leaves them nine points shy of the worst attack across a series – that coming from the Maroons way back in 1992.

The margin between the two teams is already at a record mark after just two games, with NSW 70 points superior to their opponents. 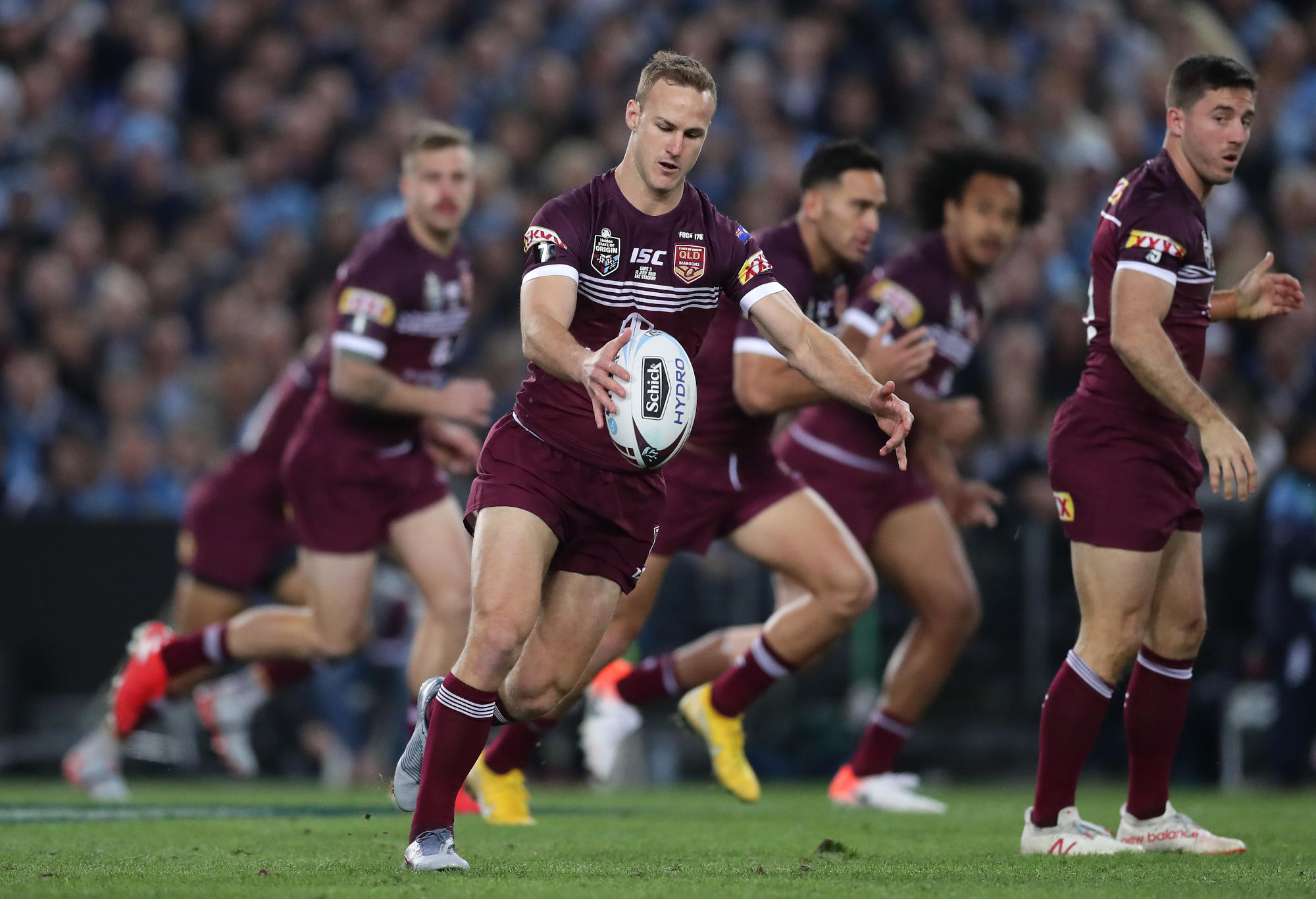 And while that can partly be attributed to the rule changes that are also causing NRL blowouts, Queensland’s easy surrender at home in both games can’t be.

In Origin history, just five times has a team lost two games on home soil in one year.

Come Wednesday night, the Maroons could have lost all three at home, with the game moved to Gold Coast.

The result could have far-reaching implications too, with Maroons coach Paul Green fighting for job survival after just two games in charge.

Daly Cherry-Evans has also had to defend his role as captain and halfback, just eight months after being the Maroons’ favourite son amid last year’s against-the-odds series win.

And while the end-of-year World Cup remains in serious doubt, the Origin series could leave several Queenslanders without Kangaroos jerseys.

Christian Welch should be the only Maroon genuinely confident of being in the 17 if coach Mal Meninga’s best team was picked on form alone.

Jarome Luai and Nathan Cleary are easily the form halves of the competition, Damien Cook has proven himself above Harry Grant and Brian To’o is outshining Valentine Holmes.

The bench utility role could be there for a Maroon through the likes of Cameron Munster or Ben Hunt, but Apisai Koroisau can also make his case on debut on Wednesday night.

The Maroons know that is one extra incentive for a game that is anything but a dead rubber.

“Mal’s coming out and said it plays a big part so us losing 3-0 isn’t going to help many Queenslanders get in the (Australian) side,” Cherry-Evans said.

“I guess it’s another small part of the picture

“It’s only going to help our cause to play at that next level, to play well on Wednesday night.”