This is the second in my series of hardcore deep dives into hypothetical XIs Australia should have played in years gone by.

This time I’m turning my attention to the 1978-79 Ashes, when Australia lost to England 5-1, and resulted in the establishment raising the white flag to World Series Cricket.

This result did not seem likely the previous summer, when Kerry Packer and company struggled and the official Australian XI defeated India 3-2 in a thrilling series. We lost in the West Indies, it is true, but the team did okay – if not for a riot, the end result would have been 3-2 rather than 3-1, which isn’t bad.

And the core of a new side had developed around captain Bob Simpson: Graeme Wood, Graham Yallop and Peter Toohey had batted superbly, Steve Rixon was a decent wicketkeeper, Bruce Yardley and Jim Higgs were a terrifically effective pair of spin twins and Jeff Thomson and Wayne Clark formed the basis of a potent pace attack.

That’s nine players right there, with several more in the ‘full of potential’ and/or ‘temporarily out for injury’ camp, like Kim Hughes, Gary Cosier, Alan Hurst and Rick Darling.

Based on the side for the fifth Test against the West Indies, you could expect Australia’s team for the first Test against England to be something like this:
1. Graeme Wood
2. Rick Darling
3. Graham Yallop
4. Peter Toohey
5. Gary Cosier
6. Bob Simpson (captain)
7. Steve Rixon (wicketkeeper)
8. Bruce Yardley
9. Jeff Thomson (vice-captain)
10. Wayne Clark
11. Jim Higgs 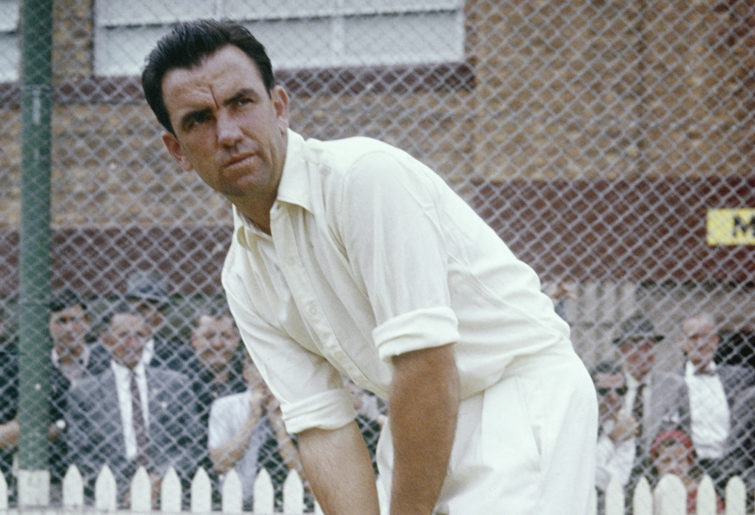 Let’s get the easiest stuff out of the way first. Wood, Yallop and Toohey kept their spots as they deserved to. No one was surprised that Cosier came back. Darling’s pre-season form had been a little iffy and Kim Hughes’ had been strong, so it was decided to overlook Darling, make Cosier opener and bring in Hughes. Yardley and Higgs counter balanced each other. These selections weren’t so surprising.

The rest were more radical. Some turned out alright. Others were disastrous.

Bob Simpson had made himself unavailable for the Ashes. He wanted to play, but insisted on his selection being guaranteed for the first few Tests and the board refused. There’s lots of theories flying around about why this happened (the ’78 tour was not an entirely happy one, and there was a feeling among some that Simpson was getting too big for his boots). Regardless, it meant Australia lost its captain and most experienced player, a useful part-time bowler and one of its best batsmen.

The obvious replacement for Simpson was John Inverarity, whose leadership track record was second to none. Inverarity’s playing record was less impressive than Simpson’s (his first class batting average was 35) but he could bowl, he was good with young tyros, and he had the respect of all. In addition he scored 187 in a Shield game prior to the first Test, meaning the selectors could argue they picked him on form. 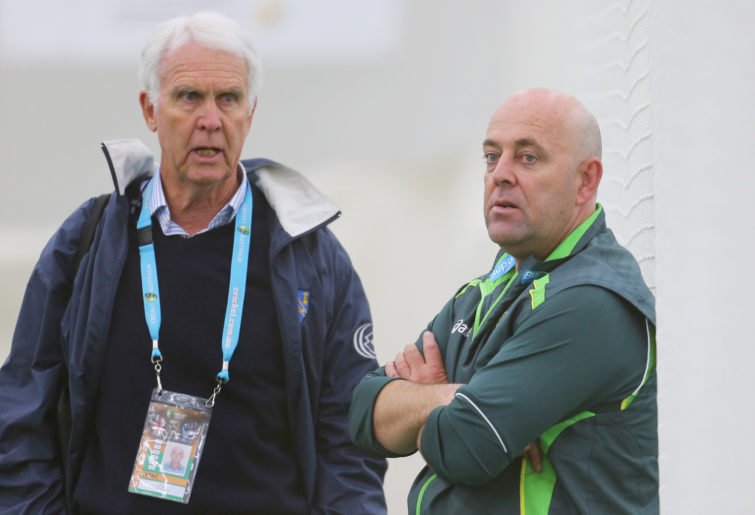 But Inverarity, in easily the most disastrous decision of the summer, was overlooked. The captaincy instead went to Graham Yallop, mostly because he was (a) considered the side’s best batsman and (b) captained Victoria.

Thing is, Yallop didn’t have the best reputation as leader – he was a marvellous player who actually led Victoria to a few Sheffield Shield titles, but he was shy and introspective and not famed for his communication skills.

Even the selectors felt so. This was why, I have heard, they brought in the experienced John Maclean, a highly respected Queensland captain, as wicketkeeper, over Steve Rixon, who had done little wrong in his ten Tests. Maclean should have been keeper in ’77-78, but Rixon got the gig, and did well, and now Rixon was out the door for Maclean.

Bob Simpson later wrote in one of his memoirs that John Inverarity should have been made captain that summer, and if not him then Maclean should have got the job over Yallop. He was right on both counts.

The second most disastrous decision of that side was picking Trevor Laughlin to play at six. Laughlin was a fine competitor for Victoria, who played a key role in that state’s triumphs around this time. But he was a bits-and-pieces all-rounder in a side that needed six specialist batsmen, especially with a tail that included notorious bunnies Alan Hurst and Jim Higgs.

Australia hadn’t gone with an all-rounder the previous summer against India but in the Ashes they were swept up in Ian Botham mania.

You could see the selectors’ mental wheels turning… ‘if they have an all-rounder, we better get one too’. Which actually would’ve been fine if they’d played Laughlin in tandem with a second all-rounder at seven, like England did with Botham and Geoff Miller. Phil Carlson would have been ideal, and he was picked in the side for the first Test, but was made 12th man.

Australia’s position was further weakened when Jeff Thomson became unavailable for selection. He had always wanted to be with his mates playing World Series Cricket. Financial troubles stopped him doing this in ’77-78, but the following summer he decided to try again. Lawsuits flew, resulting in Thomson sitting out most of the ’78-79 series.

Another person ruled out was Wayne Clark, though in his case it didn’t have anything to do with desire, availability or form. There were whispers that Clark had a suspect action (in part due to a bad back), and he had been called for throwing in the West Indies. Australia and England had an unofficial agreement at the time that any suspect Australian bowlers wouldn’t be picked for Ashes matches (I think this had its origins in the Ian Meckiff throwing controversy of 1958-59, though I could be wrong).

Clark, who had bowled magnificently for Australia against India and the West Indies, never played against England that summer, though he did get one Test against Pakistan. It was horrible and unfair on him.

Still, Australia has always been lucky with its stock of pace bowlers. Alan Hurst had long impressed for Victoria and was back in the side after his injury the previous summer. Rodney Hogg was an exciting prospect from South Australia. While Ian Callen lost form, there was always the ever faithful Geoff Dymock waiting in the wings.

Anyway Australia lost that first Test. Our batting was dreadful aside from centuries by Yallop and Kim Hughes, but we were kept in the game via magnificent bowling from Hogg and Hurst. With a genuine number six and more inspiring captaincy, who knows?

For the second Test, Higgs and Laughlin were out and Geoff Dymock and Rick Darling were in. Australia’s bowlers kept us in the game but the batsmen caved and we lost.

Once again Australia bowled excellently but this time the batsmen stepped up to give Australia a victory. Hurray! We were still in it!

The fourth Test was the turning point. Australia were 142 runs ahead on the first innings, but the bowlers struggled in England’s second innings, then the batsmen caved, and we lost a game we should have won.

The selectors panicked for the fifth Test. Maclean was out, not for Steve Rixon but for Kevin Wright. Peter Toohey was dropped for Carlson. Yardley came in for Dymock. Australia bowled well again but the batting was terrible and we lost.

There were more changes for the sixth Test (Border was dropped), which no one expected us to win and we didn’t. The selectors kept changing for the next two Tests against Pakistan, eventually winding up with Kim Hughes as captain, with long-term disastrous consequences for all involved.

Ugh. What a terrible summer. For us, anyway, I’m sure the English had a good time. And Rodney Hogg, too, who took 41 wickets.

A bowling attack of Hogg, Hurst, Higgs, Yardley/Dymock/Clark was easily enough to win Australia the Ashes. Where Australia went wrong was in its terrible batting. This was compounded by picking a bits-and-pieces all-rounder in three of the Tests (all lost by Australia) – in a bowling-strong, batting-weak side, the selectors decided to weaken the batting and strengthen the bowling.

I once asked the late Sam Loxton what went wrong during this summer and he responded with a long diatribe about how officials changed the ball they used, which gave the English an unfair advantage. The greatest mistake was not picking Inverarity as captain. The second was not always selecting six specialist batsmen. The third was changing the damn side every Test.

With Hughes and Border to come in if/when a batsman was dropped and Dymock as a spare bowler.

But the main take out from that summer is this: if you pick a bunch of kids, sometimes they’ll play like kids.