Few players have had an impact on Australian rugby like Adam Ashley-Cooper.

Who can score a try in style like he has done so many times for the Wallabies?

Those swan dives over the try line have no equal. The ability to evade tacklers with a step, with sheer grit, determination and speed made AAC a hard man to defend against.

That was not the only string he had in his bow.

The talent to kick, whether it was a grubber or a clearing kick, he could be depended on.

Hands that were safe under a high ball, hands that could pick up a pass off his boots or to pass once he’d drawn a defender were immaculate. Running lines put him in space behind enemy lines on so many occasions.

All these skills made him invaluable to any team he played in at any level of rugby.

AAC was an elite sportsman, but more than that, he was a professional rugby player. Rugby nous allowed him to be where he needed to be on the field at the right time to put those skills to their best use. 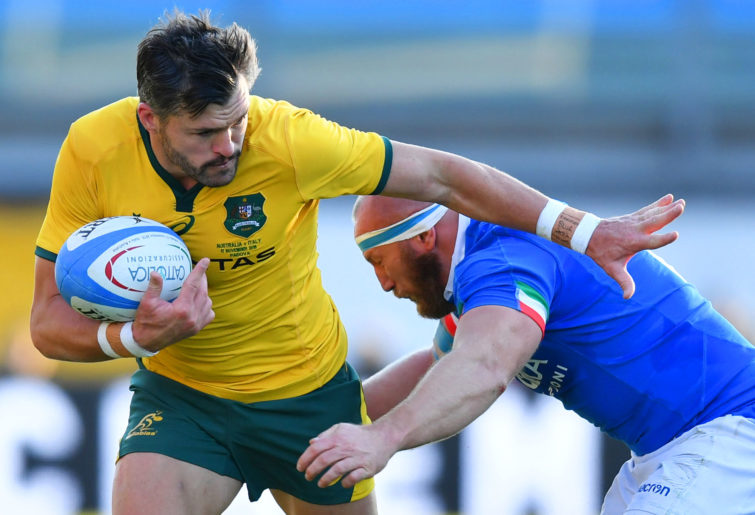 Mr Versatile or Mr Fix It, whatever you prefer to call him, he was often one of the first picked in a Australian team.

Where that might be in the backline often came down to which position the Wallabies were lacking. As well as he could sniff out a gap in defensive line, he was every bit as capable of filling a gap in the Wallabies backline.

The skill set that ACC had meant he was able to do it all. Dependable, reliable, consistent, all words applicable to Mr Versatile.

Settling in to watch the Wallabies play the Springboks in the Perth crowd at Subiaco Oval with a beer and pie, AAC got a tap on the shoulder: “We need you to play.”

The pie was scoffed, so the legend goes, and kit was found for AAC to wear. Eddie Jones plucked this barely-known youngster on the fringe of the Wallabies squad to play for his country.

He was subbed on and so began AAC’s Wallaby career in 2005.

It was to be a long career for the Wallabies. In fact, the third-most capped of Australian of all time.

He played for the Brumbies and Waratahs for most of that time. He retired from the Wallabies once, only to come back and be the oldest Australian to play in a Rugby World Cup, his fourth and final.

In that time, he played under five Wallabies coaches. I, along with many Roarers, would have celebrated tries with AAC, whether at the game, on the couch or the barstool.

He knew how to celebrate a try and he had many opportunities to do so.

His last game for Australia was a few years ago now. Playing long into his 30s, last weekend, Adam Ashley-Cooper finished his rugby career with a win for L.A. Giltinis to go out a champion in the Major League Rugby competition.

He scored from the wing in that game off the boot of Matt Giteau. All good things come to an end and entropy has its say on life. The body can’t do what the mind wants it to anymore.

So, the boots get hung up and the life after rugby begins. However, I hope Adam Ashley-Cooper has more involvement in rugby in some capacity in the future.

In any case, I wish him well for the future and thank him for all those moments of rugby in green and gold.

10 – played at flyhalf as a teenager

18 World Cup matches he started in

37 tries for the Wallabies

70 points for the Brumbies

83 points for the Waratahs

121 caps for the Wallabies (third, only behind George Gregan and Stephen Moore)

195 points scored for the Wallabies

The numbers say enough but I’ll save the last words for the man himself.

“I am very proud to be a part of what this club has achieved by overcoming obstacles and adversities along the way.

“It has been an epic campaign. A rugby player is always a rugby player. I think officially (repeat twice), it was my last game and, when I say that it was the tournament, the campaign that I enjoyed the most of my career, it is because perhaps in my heart I knew it was the last…

“I appreciate every day and everyone next to me, it’s really special, so I couldn’t ask for much more.

“Finishing your own time is what made it so special.

“My body told me in the middle of the season that this was it, but led me to the championship final. Finish a race on my own terms, come out as a winner … There is no better way.”