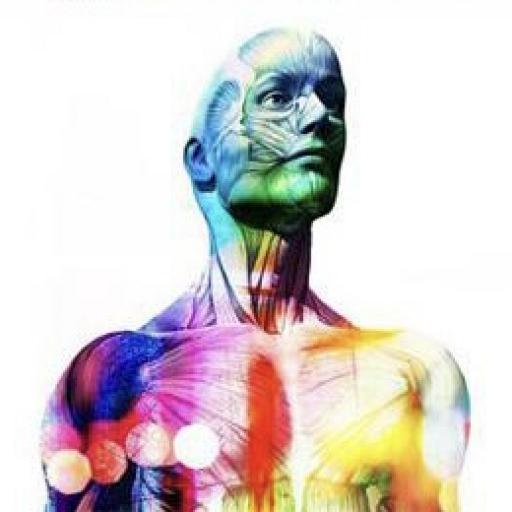 Few players have had an impact on Australian rugby like Adam Ashley-Cooper. Who can score a try in style like he has done so many times for the Wallabies? 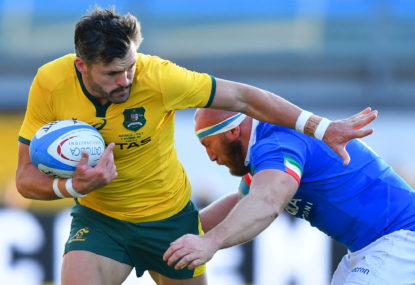 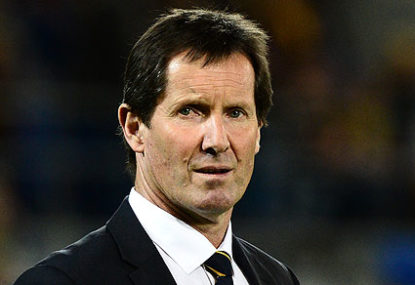 Who said he still doesn’t have magic feet?

Malo is bad guy in Spanish. Related to the word mal. For example, malware or malfunction. Surely this is a bad joke. Oh… hang on. You’re one of those Quade haters who now can’t just outright hate on him cause he is performing so well. Guess you’ll have to just suggest he isn’t the best as a way to put him down.

NL will be a great player I hope one day but he has nothing on QC at this point. Well, younger running legs but I’m waiting for QC to have a try scoring dart. Only a matter of time.

I’ve always been a fan of his play. Not so much of his antics at times but always supported QC. Now his off field personality is exceptional and on field antics are nonexistent. All those Quade haters must be struggling to hate him now.

It was inevitable Ruan would sign with the waratahs. It’s the only super rugby team in Australia that he hasn’t played for.

Why not have kelleway in a position where he can inject himself into the backline wherever he wants on attack and do the same magic he has been doing? We have a wealth of good wingers currently. Fullbacks are our weakness. Someone has to replace banks at fullback. Someone with speed, can kick and is good under the highball. Kelleway could be that guy.

Might be a good position for him. We have vunivalu, Daugunu to come back and wright was in fine form last year. I’d expect there to be a tight tussle for wing positions if all of them are fit. Least they’re all pushing each other hard for selection.

Respect for referees has waned in recent times. It’s one thing I’ve always liked about rugby, that there is respect in the game. You clap the other team off the pitch in a tunnel, you leave what happened on the field, on the field and have a drink with the other team. You respect the ref as a player or coach. I sure hope that continues and bull$hit by SA and others is put to a stop. Rugby isn’t soccer or tennis. Nor is it rugby league. I hope world rugby stamps out the disrespect

Yeah, I think he’d like it out west too. He should be coaching too. After his comments about helping others which came out of his time in club rugby in Qld, it seems natural that he want’s to impart his knowledge. He certainly does have a fantastic rugby brain.

I think he’d be good at the force.

“At no stage have I agreed to play for the @Barbarian_FC in the upcoming game against Samoa. I’m contracted to the Kintetsu Liners,” Cooper tweeted on Tuesday.

Ok… Something is fishy here I hope everything is ok between Rennie and QC. QC has been a revelation since returning for the last 4 games. He is a key figure in the wallabies.

I don’t think the AU have much choice but to concentrate on SR as that is their money maker and they’re in the red. Hopefully when the financial situation improves then the centralisation will be more encompassing

Haha. Yes, would make for a good overview of the styles, execution and success of those game plans though. Everyone likes a challenge.

Hi Nick, hope you’re well. I’d like to know your view on game plans used by the four teams in the rugby championship. How coaches planned for each team they played, how effective those game plans were and why they failed or succeeded, whether it was a lack of execution, players failing to be able to execute the plan in their position and if plan b’s or adaption to counter game plans were carried out during the games. How the teams evolved throughout the RC was interesting. I know that’s a lot of information for one article.

Yeah, he was a great finisher

I gave him a 7. He should have been rested a little more. The last 2 games have been his worst this year. Still better than almost every other player tough.

Crushing defence, pressure under the highball with good contesting chasers, out muscling the all blacks at the breakdown and the all blacks get flustered and frustrated. They win so very well with front foot ball but without it, the all blacks plan B isn’t so great.

An Effective #10 can play behind a beaten pack. Sure, not with enough time or space but the good ones can still be effective. Barrett played better cause he has been behind less effective forwards as opposed to mounga who has been behind the Crusaders pack. Barrett made mistakes but gave it more of a go where mounga just took the tackle and was swallowed up by the bok defence. Not playing at international level for a month didn’t help mounga but barrett also hasn’t been a consistent starter in the last month at international level. At least barrett sparked some flare in the all black backline. Mounga just looked out of place and confused.

Rennie has done a great job of coaching the wallabies. What a difference kerevi and QC make to the team. We’d be speaking very differently without those 2 players right now. With the addition of Arnold, this Wallabies team really is deserved of top 3 position in the world. To’omua won’t play for the wallabies again so id draw attention to that and thank him for his service to wallaby rugby. Oh hang on, he was the perfect foil to QC going back 4 or 5 seasons ago on the northern hemisphere tour. Who knows, he could be a feature if his form is consistent and he stays fit. Is he injured? Thinking he is.

Walkin' on Sunshine: From fearless kids to resurgent veterans there's so much to love about these Wallabies

You’re right about that.