'Simply a coaching insight or two away': Creating a Giant problem

It wouldn’t take a lot to turn the GWS Giants into a legitimate premiership contender.

As things stand, with three games left, the Giants are half a game outside the top eight, with Geelong, Richmond and Carlton to come. Win two of those games, and the club may sneak into a finals spot.

The issue with GWS though, as well as 11 other teams in the competition, is that they just don’t seem to be worthy of playing in September.

Despite all the volatility 2021 has thrown at us with outrageous performances, unfathomable upsets and remarkable individual moments, we can still be pretty certain that there are only six good teams in the league and even then, the Western Bulldogs, Geelong and Melbourne are a class above Sydney, Port Adelaide and the currently-flailing Brisbane Lions.

A lot of these chasing teams that are currently seeking to make up the numbers have definite positives that have at least enabled them to be competitive for more than half a season, but few clubs have the safe upside of GWS.

Much of the hesitancy in being more definitive in this regard, relating to GWS and a premiership, stems around the coaching.

Leon Cameron has been in charge of this group for a long time, a collective that reached a grand final and was probably the best team in 2016 but has never truly been convincing in its glory hunting.

Particularly in the last couple of years, we have seen an over-reliance on the defensive setting once this group gets in front. The Giants have a nasty habit of working their way into the lead and hitting the proverbial d-pad a couple of times, playing an ultra-defensive strategy that would definitely be ‘park the bus’, if it still existed.

There’s also an unhealthy attachment to wanting to play with this faux-physicality that sort of works in spurts, but is largely ineffectual and probably confuses the optics of what GWS’ identity truly is.

Of course, there’s messing around with players and their positioning, which some coaches tend to do more than others, but in GWS’ case, it’s infuriatingly disruptive on a group that has potential.

Tim Taranto has barely attended a centre bounce contest in the last three weeks, Josh Kelly started the season as a half-forward and Jake Riccardi switched from a high-potential key forward to a defender for two weeks and who knows what is happening anymore.

The latter particularly needed more than two games at the start of the season to find his feet, as his stability in attack would’ve been huge for the club. You can’t blame his being wary about signing the extension put in front of him by the club. 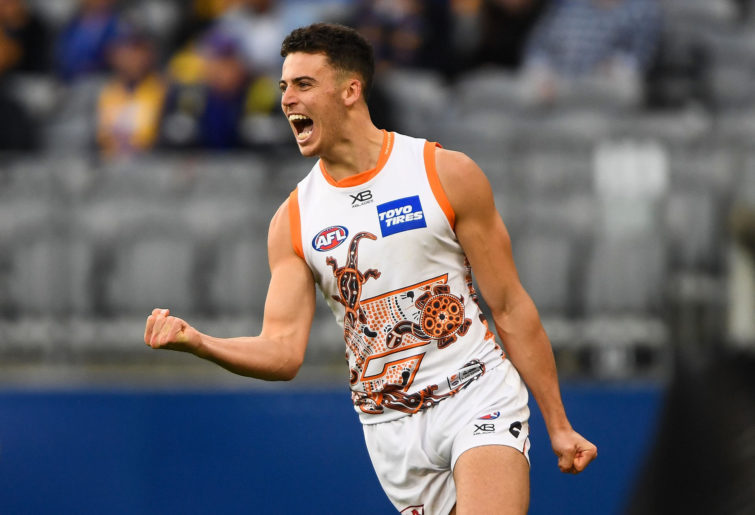 Obviously, in the current climate, Alastair Clarkson would be a phenomenal recruit and the belief would be that he could straighten things up and make the necessary changes for GWS but in lieu of such a big move, it’s important to acknowledge the things Cameron has done well and may continue to improve on.

Severely undermanned defensively, the responsibilities given to the undersized duo of Jack Buckley and Connor Idun seemed somewhat of a footballing death wish at first, but clearly, such confidence and internal praise was given to these players and they quickly developed into extremely strong role players for the team. The horrific knee injury to Buckley was super unfortunate for a player who finally found his niche, but Idun has really flourished as time has gone on, particularly with the return of key personnel.

One could also label continuous willingness to have Shane Mumford in the team as unhealthy yet now necessary, but Matt Flynn finally getting his run in the best 22 and showing off his ruck/forward abilities for the future was important and gets a tick. One would hope Kieran Briggs gets a similar go in the near future after impressing in his few games.

GWS are winning the contested ball and still operating at the same disposal efficiency as their opposition which is a good sign, and the clearance numbers are pretty strong.

The issue with haphazard strategy from an offensive perspective is that the strengths in running and ball use from key players off halfback and on the outside is completely offset by the slowness of the play, requiring rushed possession more often than not. GWS could be the best transition team in the competition with competent tactics.

On paper, GWS has good offensive targets, having Hogan and Riccardi with Himmelberg as the league’s best assister, and using Flynn/Briggs as an extra tall while Jeremy Finlayson could be used as a utility. Unfortunately, due to injury and selection, this hasn’t been the case. Toby Greene is marvellous.

Even with having some height down in attack, the aforementioned slow ball movement and necessity to dump kick often really hurts the team.

The Giants are ranked 11th for inside 50s and even when they get in there, they average the third-fewest marks inside 50. They concede the third-most intercepts in the league and with a lack of offensive pressure, ranked 15th for tackles inside 50, they also concede the fourth-most metres gained per game.

There isn’t enough of defending transitions and the pressure that’s applied is heavily reliant on the ball being in close quarters. Once it’s on the outside, things get a little messy.

Highlighting the issues with ball-in-hand, GWS are ranked fourth for clangers, 13th for score involvements and have the tenth-most points for.

It’s why the club needs to wind it back and abide by the KISS principle, and we aren’t talking about wearing face paint and preparing for war. Sam Taylor has had to deal with some nasty injuries, but he’s 12 months away from being a top-three defender in the league. He has added elite intercepting to his game and with a license, can provide the offensive output of Jacob Weitering.

Lachie Ash probably plays higher up to settle in the team but is a good user, James Peatling debuted excellently to suggest he has a future off halfback and Lachie Whitfield is just a beast. There’s so much run and use out of defence that it’s an indictment on the coaching staff to not utilise it.

The latter along with Josh Kelly seems to be wasted when the ball movement is at such a standstill. Instead of being able to run in waves and set up attacking forays, opposition teams can block the space and limit their impact. Use the outside to complement the aggressive clearance work that is much more justifiable in throwing the ball on the boot, rather than being self-inflicted and pressure-free.

Tom Green, Tim Taranto and Jacob Hopper can be an elite group if allowed to play to their strengths, because who knows what the future holds for Stephen Coniglio and Callan Ward.

At the moment, too much is demanded of these players to spread and find space in an uncontested manner. It doesn’t suit them and doesn’t help the team.

By simplifying the ball movement and keeping players in their ideal situations, GWS’ attack becomes a mystery. Will the inside midfielders scramble the ball in and let Greene work his magic with Bobby Hill and Brent Daniels around, or will the talls get some space to lead up and get easier shots on goal? 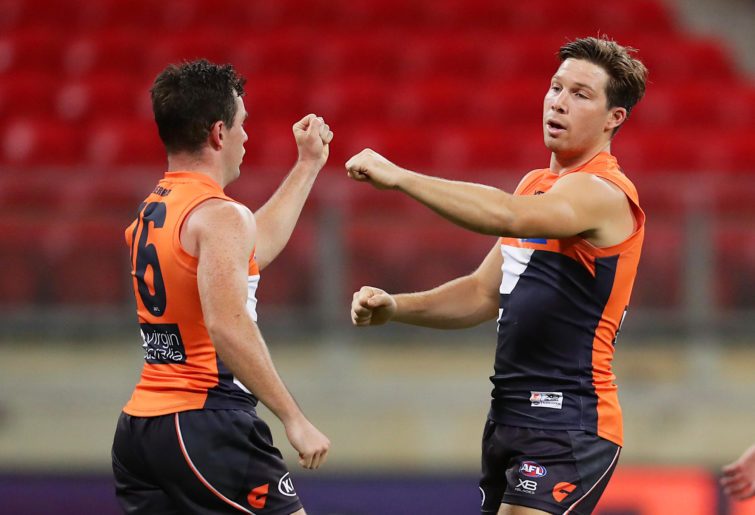 The recent draftees at GWS all have talent offensively or defensively and have the right players around them to help their development. Connor Stone and Tanner Bruhn are really exciting prospects.

Of course, we should expect some list movements and there are a couple of gaps that need to be filled to make the Giants a truly rounded threat.

Another key defender would be nice to free Taylor up a bit along with a low-cost midfielder that can spread from the contest, in the Narkle-mould perhaps.

If we indulge the thought of Clarkson once more, the cultural and tactical stability he would bring is exactly the sort of stimulant this group is seeking. It behoves those in charge of GWS to do their due diligence and assess the landscape.

Even if everything maintains its current path, the Giants are simply a coaching insight or two away from true stabilisation and getting back to being a regular threat.

An ability to pivot will make footy in New South Wales that much stronger.

GWS have that potential. It’s time to recapture it.