Round 23 is here and ten teams will be playing their final game of the season. With all eyes on the collapses at the top of the ladder, let’s look at what might happen at the bottom of the ladder that hasn’t happened this century.

Every team in the AFL has at least six wins through 21 except for North Melbourne, and the Kangaroos can finish at 5-16-1 if they can defeat Adelaide in the final game. They’re favoured against the fast-fading Crows. That would produce a ladder with the best last-place team in more than twenty years – and the 25% winning rate for the wooden spoon recipient would match the best such record in the 31 seasons of the literal Australian Football League, which is currently owned by the 5-16-1 Brisbane Lions of 1998.

Over the twenty seasons minus 2020 (we’re excluding last season because it was only 17 games, but at 14-3 and 3-14, the top and bottom teams were not out of line with prior seasons), the average record of the minor premiers at the top of the AFL ladder was 18.4 wins and 3.6 losses, and the average last-place team’s record was 3.2 wins and 18.8 losses.

Even going back to 1924, when St Kilda and Melbourne shared the bottom of the ladder at 4-12, and 1921, the most draw-happy season in history, when Essendon was last at 3-11-2, which also works out to 25% (assuming you count draws as half a win, as the league has), no other last-place team has ever exceeded 25% except that 1976 Collingwood club. (Off topic, there were five draws among the 72 games played in the league in 1921, including three in nine days over two rounds – R4-5 – and four of the nine teams in the league finished with two draws on their 16-game record, including minor premier Carlton at 13-1-2.)

You have to go back 114 seasons to the 1907 Essendon Bombers, which finished the “17 game” season at 5-12 (29.4%) to find the only other instance of a last-place club finishing with better than one-fourth wins. (To explain the quotation marks: the league played most of its first decade with a 14-game schedule, two games v each of seven opponents, followed by three games against selected opponents meant to balance the schedule – teams 1-3-5-7 played each other; teams 2-4-6-8 did the same – before determining finalist clubs.)

With another victory this coming weekend, North can push the wooden spoon winner for 2021 into that elite club of respectability, into the handful of last-place teams that were able to win one-quarter of their games and suffered the indignity of the spoon only because the surrounding competition fared just a bit better over the course of the year.

What about losing a quarter of your games at the top of the ladder?

You don’t have to look far: the 2019 minor premiers Geelong had six losses, producing the 72.7% record that inversely “matched” that of the 6-16 Magpies from 1976, and the 2017 Adelaide Crows finished 15-6-1 and yet won the minor premiership, giving the titlist a paltry 70.45% winning percentage. With Geelong and Melbourne playing each other this week, they’ve given up the opportunity to match that very recent “record”.

There’s lots of talk about what Tasmania should have for a presence in the AFL moving forward. Not having a dog in the fight, as every team’s home ground is ten thousand miles away from where I sit, I’d like to see them inherit a current club UNLESS there’s another Australian location deserving of a AFL club that could also support it at least as well as the Apple Isle to balance the number of clubs at 20 rather than having a bye-demanding 19 teams. (NT, Canberra, another WA club… honestly, the prospects aren’t all that promising.)

But if they were going to move a club there, you know that it won’t be Collingwood. Of all the teams that currently play AFL footy, only the Magpies have played fewer than 20% of their games outside their home state (in their case, outside Victoria), and they have NEVER played in Tassie. (They were going to, if you’ll recall, in round 21 this season, but that game was moved to the MCG at the last minute.) And while they have a career record of 77-76 outside of Victoria, they’ve never played more than six games in a season outside their home state – except for Covid riddled 2020, when they played 15 of their 17 games elsewhere. (Mostly in Q, of course.) 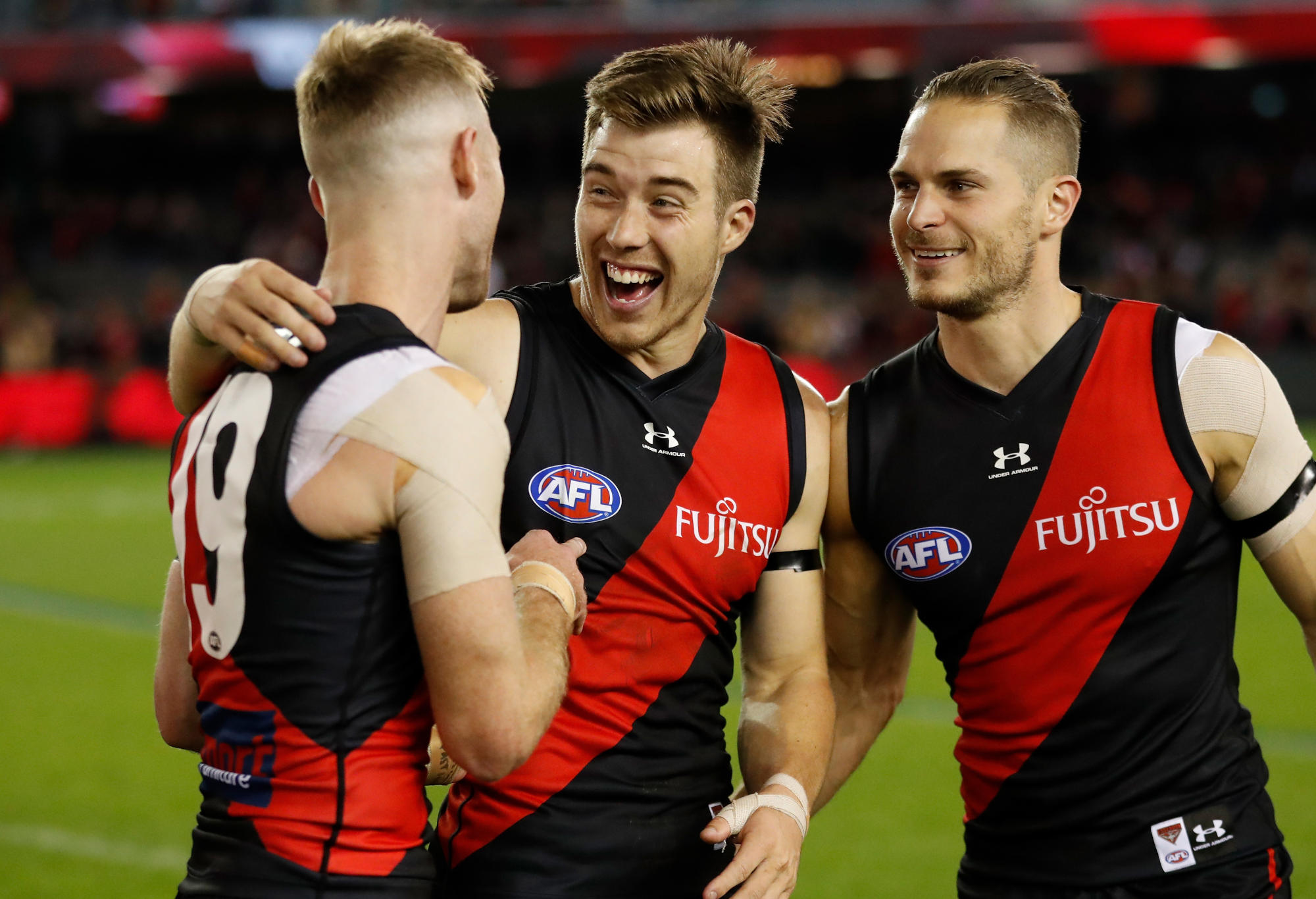 The most obvious choices to move there are the two teams currently using Hobart and Launceston as secondary bases: Hawthorn and North Melbourne. The Hawks have more “pull” politically within the league at the moment to stay in Victoria, so North is the safer bet to move, but the Happy Team is the one that has made a fortress down south, winning three-fourths of its game in Tasmania over the years (52-17-1), while the Roos are a smidge under 60% at 20-14-1. (Ironically, both teams’ draws came against GWS, which has a record on the island of 2-3-2 in its seven trips there. More draw oddities…)

The other obvious option, despite their lack of on-field success in Tasmania, is moving the Suns from the Gold Coast to either Hobart or Launceston on a full-time basis. (Or split games between the two sites?) Sure, they have an 0-6 record there, but it’s not like they’ve got a stellar record anywhere else: their BEST state record is within their current home state of Queensland, where they’ve won less than 32% of games over their history (41-89-2). Could they draw more fans and more support than they do currently? I have no idea. But I know the external sentiment is there to consider it viable.

I also know this: “buy-in” for any club is always better when that club feels “indigenous” to the location. The AFL’s had experiences doing both – starting teams in new locations (see: Gold Coast, GWS) and moving teams to new locations (see: South Melbourne, Fitzroy), and there are difficulties involved in both scenarios. Here in the US, the major leagues in several sports have all had issues trying to move teams away from their “birth-home” to a new site – in fact, the NFL is having an almost identical conversation about moving a team to London, England, and may someday choose to move one “against its will” (ahem, Jacksonville) in order to begin its global expansion. It hasn’t done so because it knows what a backlash it will face.

Financially, I’m not convinced that the AFL is solvent enough after the last two seasons of chasing its own tail trying to find safe spots to play games in empty stadiums to plunge millions of the league’s dollars into a full-time move anywhere for a season or two – especially when it’s already committed to supporting four new AFLW franchises in 2023. But Tasmania deserves a positive answer – even if that positive answer won’t start until, say, 2025.

Here’s what I’m considering going into this final weekend of the home-and-away season: 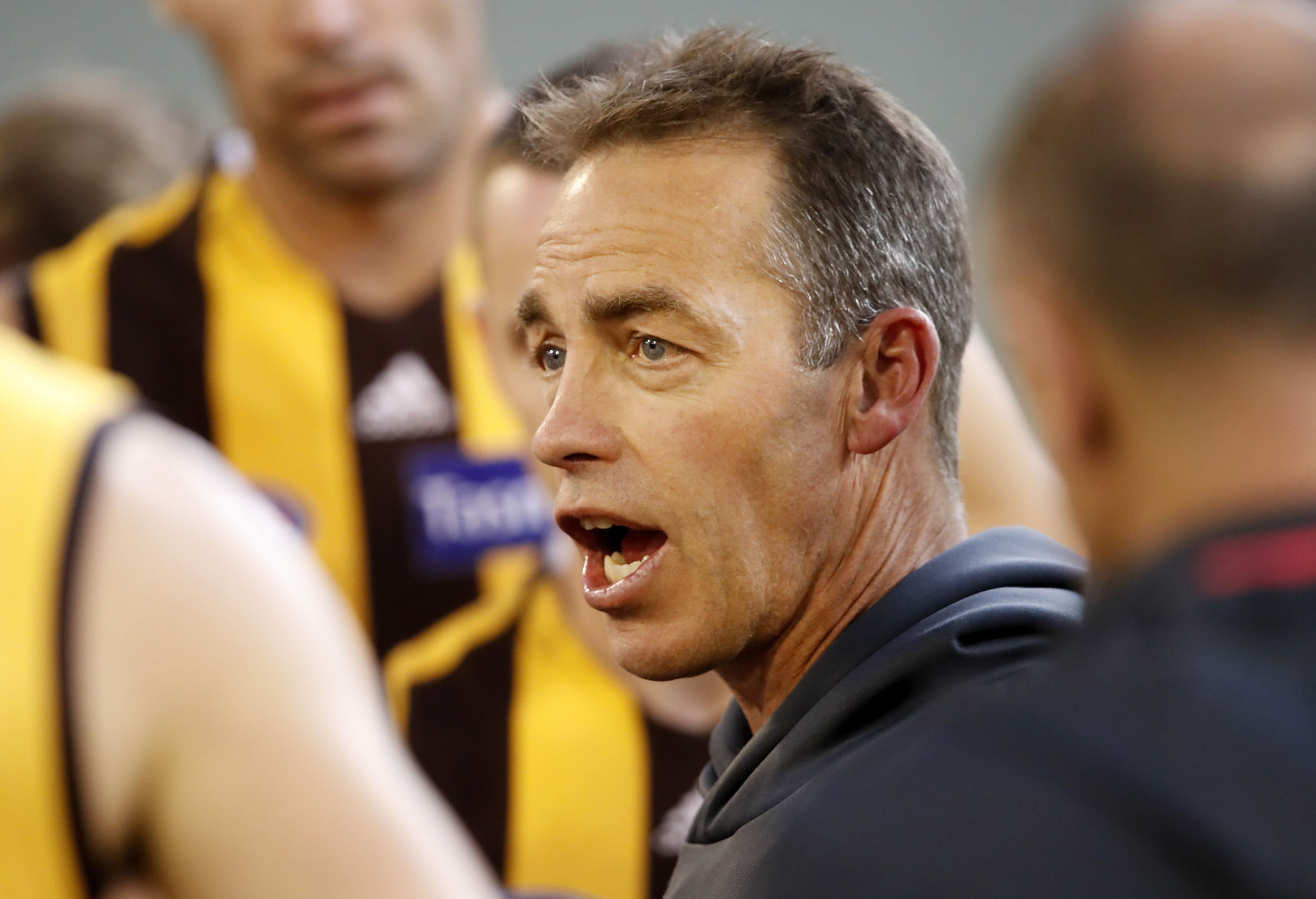 • DON’T bet against the Hawthorn Hawks in Round 23 (or Round 24, if we ever have one again). Between the two, which have only occurred in the last decade (along with a few experiments in the early ‘90’s), Hawthorn is a perfect 15-0-0 in rounds 23-24 when they’ve existed (which, again, includes all the years 2011-2019). And betting against this team on Alastair Clarkson’s farewell game against a Richmond team that’s quite clearly given up on the season would be foolhardy at best, self-punishing at worst.

• In the two top-four games, momentum seems to be with Port and with the Demons, so that’s how we’re playing our wager… That doesn’t mean it will carry over into the post-season – see: Western Bulldogs, 2016 (when they were terrible in August and roared through September) and 2019 (when they raced through August while the Giants faded badly, and then GWS beat them and the next two opponents in September). But it probably dictates how R23 will go. (Our ELO-FF system actually picks the Bulldogs by one and the Cats by eight; we’ll take the Power by eight and the Demons by one instead.)

• When it comes to “team building for finals” versus “team closing up shop for the season”, the answer always depends on whether the former needs to rest its best players or round them into form for the games that “matter”. Sydney is probably leaning towards the former now that the pre-finals bye is gone and Nick Blakey is out. But if the Gold Coast performs this week as they did last week vs Essendon, it doesn’t matter if Horse himself lines up in the ruck: Sydney wins this. For once, we’ll agree with the computer’s seven-goal prediction the Swans’ way.

• Dead rubbers are always hard to forecast without something to lean on – like how dedicated the team is to trying out new talent (bet against them for this result but bet for them next season) or going out on the right foot (bet for them now and start fresh with them in the fall). Neither Fremantle vs St Kilda nor Essendon vs Collingwood are technically dead rubbers, but there’s a difference between how Fremantle’s opponent might handle this game (the Saints have only just been eliminated and have no motivation in R23) and how Essendon’s might (it’ll be the last chance to help a coach they like, and for many of them to audition for a job in 2022). The difference? Essendon’s a four-goal favorite, all things being equal, and Fremantle’s a four-goal underdog in the computer’s eyes. I’m suggesting reducing both numbers and expecting these games to be close.

• Then there’s West Coast at Brisbane. A month ago, I suggested that Brisbane was far too strong for this Eagles team on the road, even if they rest a few players before their final. But now West Coast is very probably playing for its finals’ life. Then again, they were last week as well- against an undermanned rival and instead gave up fifty points in Q1. Brisbane’s favored by fifty and might win by twice that.

• GWS is going to be playing for its finals’ life as well, and a win over a Carlton team playing out the string seems likely, even inevitable. So, it’s precisely the time that this Giants team blows itself up and loses to a team trying to belatedly save David Teague’s job (too late, guys) or win Sam Walsh three Brownlow votes (ditto). The Giants are 20-points favorites in the ELO-FF computer’s eyes; how much of that margin holds up under pressure is the big question.