COVID is doing strange things to people. Originally thought to be a respiratory virus, the delta variant has since been shown to attack common sense and rational thought and turn people – who more than ever should be supporting each other – against each other.

Examples abound. Despite originating in Wuhan, COVID is now the ‘Sydney virus’. State premiers agree on a national roadmap out of COVID after certain vaccination benchmarks are reached but then in the next breath reserve the right to act unilaterally.

Rugby administrators around the world work together like trojans for 18 months, pivoting and repivoting to stay ahead of the virus, until one of them taps out, deciding instead to suit themselves.

The detail around New Zealand’s decision to withdraw from next weekend’s Test match in Perth is complex, directly involving three governments, four teams and five administrations. At the end of the day what is important is less the reasons why and more the manner in which decisions were ultimately made and communicated and what this means for the future.

Rugby Australia remains in a delicate financial position, the impact of COVID simultaneously adding operational cost while tearing at revenue to the extent of a 41 per cent decline for the 2020 year. With an operating loss of $27 million recorded, it doesn’t take a rocket surgeon to know that the 2021 year will be similarly impacted.

The increasing risk for Rugby Australia, when it eventually emerges from the COVID environment, is that the pending investment from private equity will not be used to shore up junior participation and grassroots development in targeted locations like western Sydney and to leverage new commercial opportunities but will be diverted to service debt.

In that context, New Zealand’s refusal to play in Perth next Saturday, resulting in an estimated $4 million gate flying out the window, not to mention $5 million received from the West Australia government to secure the fixture, is serious. No wonder Rugby Australia CEO Andy Marinos is pissed. And, having agreed to alter their schedule and play successive Test matches at the Eden Park graveyard – because that’s what you do when you’re all in this together – it’s no wonder coach Dave Rennie is pissed too. 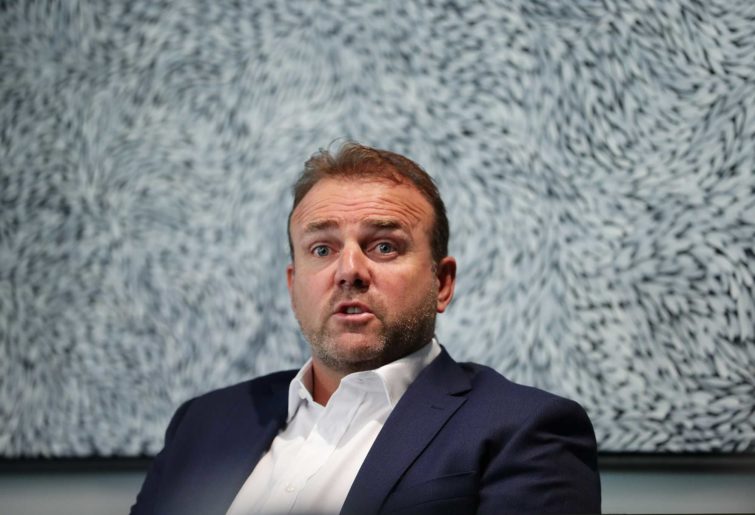 NZ Rugby’s reluctance to put the All Blacks on a plane without a clear roadmap, with the knowledge that players would not be able to return home until late November, is understandable. But that uncertainty is really no more or less than what other teams have dealt with.

In the current environment, dealing with governments who are furiously juggling health concerns with political optics, imposing arbitrary deadlines are pointless. For 18 months plans have been torn up and new ones implemented on the run. That’s the nature of the COVID beast, and there is nothing to suggest that had the All Blacks now been settled in Perth, the next piece of the puzzle would not have been put in place to allow the competition to move forward.

The contrast with the ‘whatever it takes’ attitude of Argentina, for example, is unflattering. Closer to home consider too the actions of the 1905 All Blacks, whose tour spanned six months, and the New Zealand Warriors and the Wellington Phoenix, both effectively domiciled in Australia to enable them to continue to compete.

This is ultimately an issue of partnership, and no matter how convinced New Zealand Rugby CEO Mark Robinson is that he is serving the best interest of his stakeholders and players, he has now on multiple occasions demonstrated deficiencies in his dealings and messaging with his SANZAAR partners.

Witness an attempted clarification on Saturday on New Zealand radio, where Robinson said in response to criticism that he didn’t consult his Australian counterparts.

“Certainly I know that senior All Blacks and Wallabies were discussing the situation and our players were making them aware of the reality of our situation,” he said. “It’s a shame that couldn’t get back to Dave and some of the people he’s referring to.”

Perhaps an old girlfriend once broke up with Robinson by passing a message through his sister. Whatever, discourse of this type, conducted via the media, is not only unprofessional, it merely serves to stoke another trans-Tasman war that neither side can afford, a battle that simply doesn’t need to be fought.

With South Africa and Argentina now having completed their two matches, D-day is fast approaching. Efforts are still being made to keep the series in Australia, and there remains a possibility that the Perth Test will be rescheduled for 4 September.

If that falls through, either the Rugby Championship will be put out of its misery for 2021 or all four sides will wing it to the UK, where a new schedule will be resurrected from the ashes of another poor week in New Zealand-Australia rugby relations.

In the meantime, the very important business of consolidating SANZAAR’s position in the rugby world – confirming South Africa’s ongoing commitment, how to bring Japan and Fiji into the competition and so on – is parked to the side.

Events of the last few days provide little confidence that this is a set of administrators with the capability and sense of common purpose to achieve the kind of big-picture outcomes that rugby in the region is sorely crying out for. 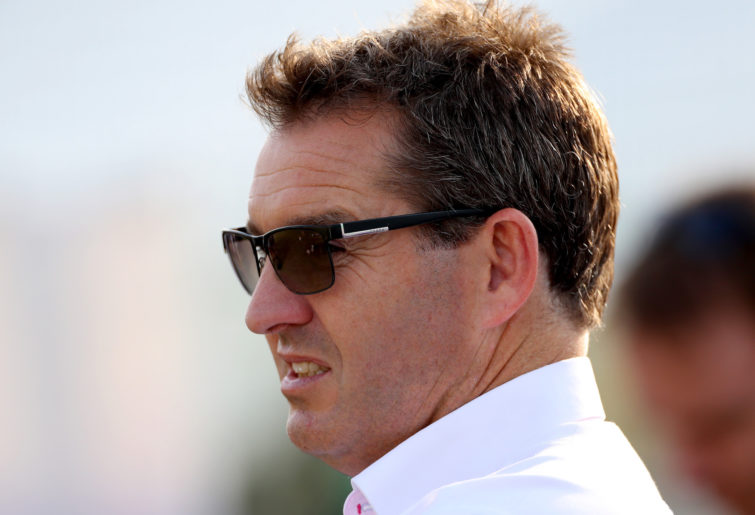 Thankfully there was some rugby played this weekend, although once not the type to win new fans to the game, as South Africa ground to a 29-10 win over Argentina in Port Elizabeth.

For the first hour of the match the Springboks were totally dominant, suffocating the Pumas with set-piece pressure and unerring defence and forcing the visitors into a spoiling game that saw them caned mercilessly in the penalty count.

Nothing illustrated things more starkly than seeing Pablo Matera, who everyone knows as a willing, front-foot player, forced into circling backwards and sideways, like an under-eight schoolboy, desperately looking for clear running space.

However, through a combination of skill execution errors, and the Pumas – sparked by the injection of Nico Sanchez – finally finding their feet in the final stanza, the Springboks will be disappointed that their dominance failed to deliver them a bonus point.

That’s the trade-off for employing such a one-dimensional game plan. There is no doubting its effectiveness, but with so much ball being hoisted high from Nos. 9 and 10, the opposition is kept in the match either on the scoreboard or, in this case, the try count.

It remains to be seen if, when and where New Zealand and Australia get their opportunity to break the Springboks down. The primary focus is naturally on the All Blacks because of the looming 100th Test match between the countries, and there is no question that the clash of styles will be quite something to observe.

But it will also be fascinating to see how the Wallabies fare. Will they be able to establish a consistently solid set-piece platform, and if so, will they have the smarts and skills to stress and fracture the Boks defence and, critically, not give up easy points from simple blunders?

It’s a dicey equation: show your hand enough to create opportunities and score points yourself but not in a way that risks a spectacular backfire that gifts points from intercepts and dropped balls out wide.

After a tough month in the republic, where conventions have been bent and contorted in all directions, it was nice to see South Africa’s Cheslin Kolbe observe one of rugby’s little-known but important rules: being required to shift from his wing and fill in at halfback for the final ten minutes or so of the match, Kolbe removed his headgear.

No self-respecting halfback would ever play with headgear on. Not only do halfbacks control rugby matches, but they must be seen at their best at all times. Chapeau, Cheslin!

Finally, this week it was interesting to observe Samu Kerevi talking to the press ahead of rejoining the Wallabies squad. Among other things, he seemed taken aback by the extent of negative reaction to the Australian Olympic rugby sevens team downing “a few beers” on the plane trip home from Tokyo.

Kerevi’s confusion is understandable. How do you reconcile the Australia he grew up in anointing David Boon a national hero for draining 52 cans on a single plane flight – before his event – coming down hard on a group of lads letting their hair down after their event? Drinking not a lot more than 52 cans between them?

What if the team had really messed up? Like, for example, players from the Norwegian first division football club Brann SK, who were found to have hosted a late-night sex party at the club’s stadium?

According to reports, 12 players attended a dinner and then a nightclub, after which they made their way to the stadium with seven women, where security cameras recorded them having sex on the field and in the rooms.

Anyone who has inhabited a rugby changing room knows intuitively that concrete floors, dodgy showers and the smell of liniment are no aphrodisiac. But perhaps things are different in Norway.

Regardless, fans reacted badly to the news, booing the team at their latest home game. It wasn’t clear, however, whether the fan reaction was due to moral outrage, because COVID-safe practices weren’t followed, or because Brann SK sit at the bottom of the league ladder, having now won just two of 16 matches.

Should Twickenham prove to be unavailable or unsuitable for the completion of the Rugby Championship, Brann Stadium, in Bergen, sounds like just the place for the Australian and New Zealand rugby to get their relationship back on an even keel.