The towering 22-year-old, 6’2 centreback sparked a last-minute scramble on transfer deadline day between North London rivals Tottenham and Arsenal, with the latter winning the race, completing a $37.24 million deal from Serie A side Bologna.

He started his professional career with J2 League side Avispa Fukuoka. This was followed by a stint in Belgium with Sint-Truidense, before landing with Bologna, where he became not only one of the best young centrebacks in Italy, but all of the world.

On the same day as Tomiyasu’s money-spinning move, Newcastle Jets recent signee Cameron Devlin left the club to join Hearts in Scotland for a minuscule figure of less than $100,000.

Devlin had been a standout player for the Wellington Phoenix and was one of the finest midfielders in the league before transferring in the off-season back to New South Wales.

Tomiyasu was a former J2 player and Devlin an A-League player, but the disparity between the respective fees, regardless of the different playing positions, shows how European teams value the Asian confederation – and in particular Australian players. 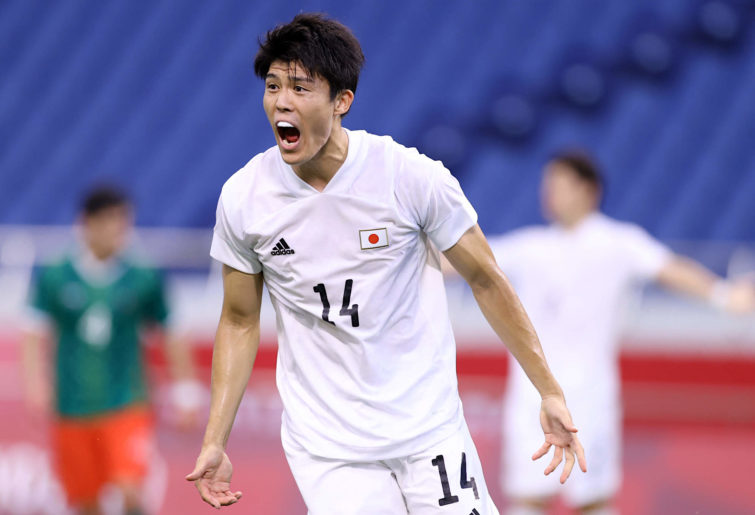 There has been some conjecture over the actual figure, but Rosyton Griffiths’ move to Chinese club Guangzhou R&F in the vicinity of $1.3 million still stands as the record for an A-League player transfer fee. By comparison, the Australian record is $1.7 million – held by Zejlko Kalac in 1995.

Ryan Strain, Alou Koul, Jacob Italiano and Danny Vukovic have all made high-profile transfers to Europe in recent seasons.

The common denominator in all these moves has been a transfer fee in the mid-six-figure bracket – which seems to be the going rate for any A-League player moving to Europe currently.

Rewind back to the NSL glory days of the early-to-mid-1990s and you’ll see a much different landscape with lots of locally-based players making moves to Europe – with today’s level of inflation, these were decent sums for the 1990s.

Australian players had a reputation for being hard working and the success of their fellow countrymen made European teams take notice.

It was not uncommon for overseas teams to pay for the Australian players’ two week-trial, including accommodation for their parents or agent – a benefit that most European clubs don’t give anymore.

Fast forward 25 years and it is a concern to see Australia ranked eighth in the Asian Confederation for sales from their own league – beaten by the likes of the UAE, Qatar, China and, surprisingly, Iraq.

This could all be about to change though, with domestic transfer fees finally to be introduced in the coming seasons. This might give a clearer indicator for European teams in term of how much to pay for a player.

Many people have blamed the Australian scouting system for the issues.

I can assure you there is nothing wrong with the system in Australia – as reports are sent to dozens of European teams weekly and international scouts have been present at not only A-League, but NPL matches in the past year.

Abolishing the much maligned A-League salary cap could be an option – but doing so would see the rich get richer and the poor get poorer.

NSL players in the ’90s could play close to 50 matches in a season including internationals, compared to A-League players today who might play 30 matches if they’re lucky.

Or possibly it’s the Australian selling club not wanting to upset the perspective buying club by haggling over the fee.

I think it’s fair to say that Cameron Devlin is not worth several million dollars, but a player of his skill is definitely worth more than $100,000.

Until the transfer fee disparity is fixed, Australia will continually look on in envy at their neighbours in the far east – who regularly sell their J1 League players to Europe for sizeable fees.