Former Ireland rugby captain Willie Anderson has made an extraordinary claim about the coaching career of ex-Wallaby Gary Ella, while also giving a giant serve to Sir Clive Woodward, in an upcoming book.

Anderson, who led his country 27 times and coached multiple teams including London Irish, Leinster, Scotland and Ulster, makes the claim in a book called Crossing The Line, according to extracts published in rugbypass.com.

He accuses Ella of attempting to literally “cut and paste” the Waratahs’ playbook from a floppy disk when he arrived to coach Leinster in the 2003-04 season.

The Roar contacted Ella on Sunday and he declined to comment on the extracts from Anderson’s book.
Anderson was assistant coach to Australian Matt Williams but when he left to take over Scotland in 2003, the club apointed Ella to replace him instead of promoting Anderson, the team’s forwards coach.

In the book, Anderson recalled: “I don’t think Gary’s coaching career was in the same ballpark as his playing one. He inherited a wounded Leinster squad with a pretty obvious division in it. There were the stars who were never going to get dropped, and the bag holders who got to stand there and admire them. 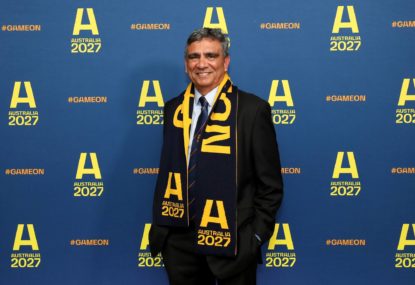 “Gary is a grand guy but he needed to grab the bull by the horns, take the opportunity offered by a season with maybe over 30 games in it, and drive us on. Early in the journey, he asked Brett (Igoe, another assistant coach) if we had a computer. Brett wasn’t sure if he was taking the pish. Then Gary gave him a floppy disk that contained the New South Wales Waratahs playbook.

“‘Mate, can you go through that and everywhere you find a reference to New South Wales or the Waratahs can you change it to Leinster?’ Brett did that. Then he had to park himself by the photocopier and run off maybe 35 copies – each the size of a small telephone book – and distribute them to the squad.

“I watched this unfold and asked myself why Leinster had given the job to Gary Ella instead of me. Yes, I wasn’t the finished article – I had issues that needed constant work – but I was passionate about the job and bringing something to it. I understood what was meant by ‘The Leinster Way’ and wanted to add to it. I didn’t want to copy and paste the Waratah way on Leinster.

“The season was a long, slow slide backwards. I followed the same routine as the previous season but with less enthusiasm. Had I been more invested I probably would have shouted sooner when it was clear Gary was drifting.

“The untouchable players didn’t take to him and when that happens there needs to be a confrontation to deal with it. Gary wasn’t cut out for that. And it wasn’t my job to intervene. I was the assistant for a job I clearly was never going to get, so I focused on what was in my job spec.”

Leinster replaced Ella with Declan Kidney for the following season while Anderson went to Scotland to assist Williams.

Ella played 134 first grade games for Randwick with 25 appearances for the Waratahs, and six Wallaby caps.

After retirement he had two spells as an assistant with the Waratahs – with Chris Hawkins in the initial Super 12 competition in 1996 then with Bob Dwyer in the 2001 Super 14.

He took charge of the Australian U19s, coming second at the 2000 Junior World Cup Final, and led Australia A through the 2002-03 season immediately before joining Leinster.

After one season he returned as a coach at Parramatta before returning to Randwick.

Anderson was similarly scathing of England’s World Cup winning coach Sir Clive Woodward, whom he worked with and then replaced at London Irish in 1997.

“Clive was a big picture guy who had no idea how to fill in the background,” Anderson wrote.

“When I spoke to him about rugby detail, about planning and getting everyone aligned, about how we would actually play the game, he just zoned out. No interest. That took me by surprise. When there was no sign of it changing I realised we were on different paths.

“Years later, when I looked at the England set-up for the Rugby World Cup in 2003, you could see how he prospered in a high-powered environment with so many experienced players. In fairness to him, he put that operation together and managed it well. But as a technical rugby coach, he was clueless.”

Quade Cooper is out of the remainder of the Wallabies’ spring tour Tests, with coach Dave Rennie saying it was Cooper’s decision, having “felt compelled” to stay in Japan with his club Kintetsu Liners. 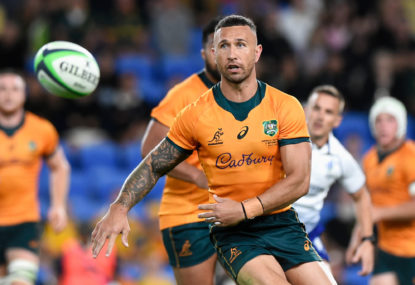 Japan-based Samu Kerevi and Sean McMahon have opted to withdraw from the Spring Tour to remain with their club Suntory, while Reece Hodge was ruled out for the rest of the year with injury, leaving coaching staff looking for overseas reinforcements. 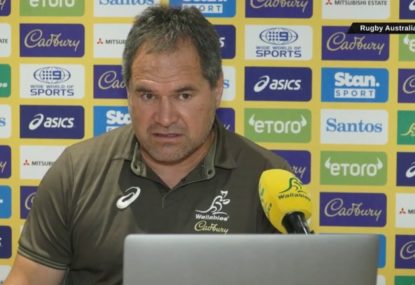 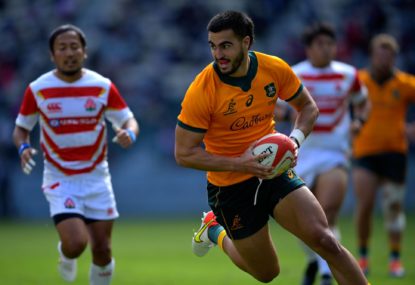