Mackay is to be treated to two blockbuster semi-finals this weekend, as the Sea Eagles, Roosters, Panthers and Eels fight to keep their seasons alive and win through to the penultimate weekend of the season.

Both the Sea Eagles and Panthers will be reeling after losing their qualifying finals, to the Storm and Rabbitohs respectively.

In line is a rematch of the 2013 grand final, in which the Roosters defeated the Sea Eagles for their first premiership since 2002, and a western Sydney derby which for the second time in three weeks will be played in neutral territory.

A win by the Roosters would not only send the Silvertails out of September in straight sets, it would also set up a grudge preliminary final clash against bitter rivals Souths at Suncorp Stadium next Friday night.

Meantime, if the Panthers can send the Eels crashing out they set up a rematch of last year’s grand final against the Storm, which will be played in the afternoon on Saturday to avoid a clash with the AFL grand final.

Here is your preview to the two NRL semi-finals this weekend.

This season: Roosters defeated Sea Eagles 46-4 at the Sydney Cricket Ground in Round 1.

When the Sea Eagles and Roosters met at the SCG at the start of the season, the Chooks delivered a masterclass to stake an early claim for premiership favouritism, albeit against a Manly side that was missing Tom Trbojevic due to a hamstring injury.

Since then, the Sea Eagles recovered from a horror 0-4 start to the season, which left them dead last on the ladder, to win 16 of their next 20 matches to finish fourth on the ladder. 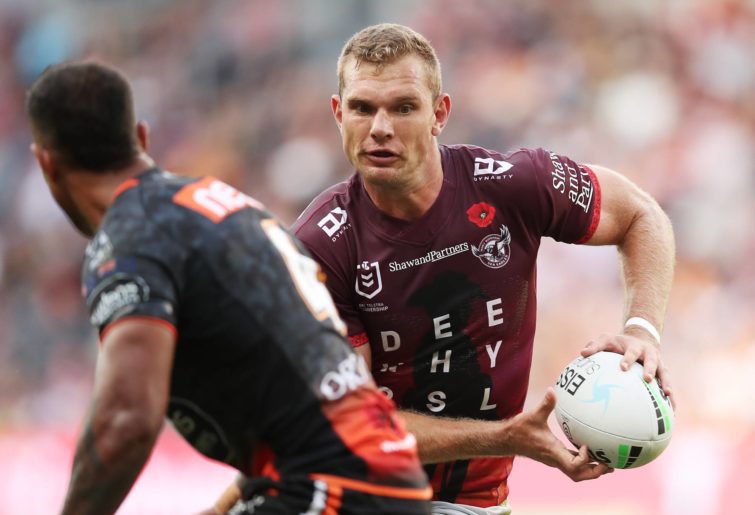 Trbojevic was instrumental in the club’s rise up the ladder, yet was kept scoreless for just the third time this season in last weekend’s 40-12 loss to the Storm, as Ryan Papenhuyzen scored two tries in a personal haul of 24 points – twice more than the whole Sea Eagles side.

Meantime, despite being ravaged by injuries and suspension, the Roosters did well to finish fifth on the ladder, and in their elimination final held off a furious, last-ditch comeback from the Gold Coast Titans to win by just 25-24.

But the win came at a cost, with hooker Sam Verrills suspended for two weeks by the tribunal after he was found guilty of a careless high tackle on Brian Kelly. This means the only chance he has of playing again this year is if the Chooks reach the grand final.

As was the case in their Round 14 clash, rookie halfback Sam Walker displayed nerves of steel to knock over the field goal that ultimately proved to be the difference between the two sides.

This Friday night’s clash will be the first time he comes up against Manly veteran Daly Cherry-Evans, who won the Clive Churchill Medal in the 2013 NRL grand final despite his side going down to the Roosters by 26-18 that night.

It is eight years since the teams’ last meeting in a final, when the Roosters capped off a dominant first season under rookie coach Trent Robinson after he was brought to the club to replace veteran coach Brian Smith, under whom he worked at the club in 2010.

That year, the Roosters beat the Sea Eagles five times – a pre-season match, both regular season matches (the first of which saw ex-Sea Eagle Jared Waerea-Hargreaves sent off for a high shot on George Rose), the qualifying final, and finally, the decider.

However, this time around Manly will start favourites to move through to the penultimate weekend of the season.

For the winner: a showdown with the Rabbitohs in the preliminary final next Friday night.

A Matt Burton-field goal proved to be the difference as the Panthers edged out the Eels by 13-12 after Parramatta halfback Mitchell Moses missed a penalty goal at the death in Round 16.

Then, on the eve of the finals, Nathan Cleary orchestrated a 40-6 thrashing as the Mountain Men locked up a top-two finish for the second consecutive year.

Cleary suffered his first individual loss this season as the Panthers fell to the Rabbitohs by 16-10 in a spiteful qualifying final in Townsville last Saturday night, leaving them at risk of a straight-sets exit from September.

A bad omen for the club is that the last time they finished second at the end of a regular season, 2010, they lost consecutive finals to the Raiders and Roosters.

This Saturday night, they’ll be out to make it a hat-trick against the Eels, who go into the semi-final on the back of a confidence-boosting 28-20 win over the Knights, getting some revenge for their 2001 grand final loss.

Things got off to the worst possible start for Brad Arthur’s side as they put the kick-off out on the full, and a repeat of the 2001 nightmare appeared on the cards when they conceded the first try inside the first five minutes.

However, a penalty try inside the final five minutes saw them score just their second finals win in the past decade, and there is nothing they would love more than to end the season of their western Sydney rivals.

It is the first time the clubs will face each other in a post-season match since 2000, when the Eels won a semi-final clash by 28-10 to progress to a preliminary final against eventual premiers the Brisbane Broncos.

While the Panthers may appear vulnerable, they should hit back and set up a grand final rematch.

For the winner: a showdown with the Storm in the preliminary final next Saturday afternoon. 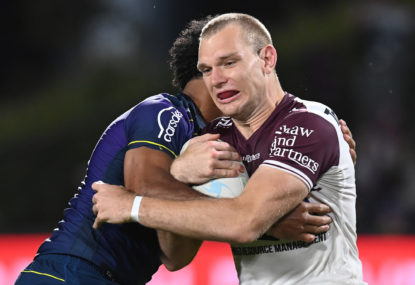 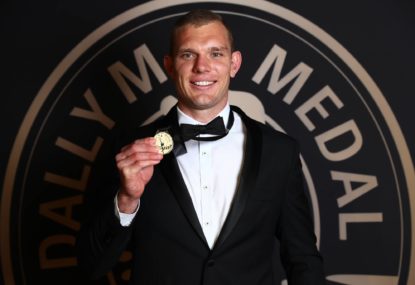