Could Hilton Cartwright be recalled for the Ashes?

Much of the media’s Ashes build-up thus far has been surrounding a single question: who should bat No.5?

Should it be Travis Head, Matthew Wade, or should we rethink the entire order to allow for in-form Usman Khawaja to make the cut?

Despite being an avid believer for Khawaja’s selection in the side, I think the No.5 slot belongs to another Test-experienced player in Hilton Cartwright.

Having played his last Test in 2017, Cartwright has started the 2021-22 season with flying colours. In his first three Sheffield Shield matches for Western Australia, he’s scored 308 runs at an average of 61.60 and taken six wickets at 12.83 with the ball.

In the process, he scored his first Shield century since 2018 and bowled his maiden Shield four-wicket haul, picking up 4-23 against Tasmania.

In saying that, no statistic can ever justify the full picture of a player. If they could, then Kurtis Patterson could be considered a better Test batsman than Don Bradman and Victor Trumper combined. Having been at the ground or watching the livestreams for much of his recent form, Hilton Cartwright looks the business.

With ball in hand, despite only bowling at speeds of approximately 125 KPH, his consistency on a good length outside off has proved critical for WA, with four of his six wickets for the season being caught behind. A few of Cartwright’s key scalps include internationals Head and Ben McDermott.

In recent years, Cartwright has also become one of Australia’s most dominant boundary fielders. Between BBL|09 and BBL10, Cartwright was consistently listed in the Big Bash’s top-15 fielders of the month, according to big bashboard.com.

Last season alone (for WA, Melbourne Stars and South Perth), Cartwright took 15 catches, the vast majority of which were from the deep. As well as having a bullet of an arm from any part of the boundary, his fielding prowess enables him to have an edge over his opposition.

In the modern-day cricketing era, fielding has rightfully become more and more emphasised by coaches and selectors around the world. 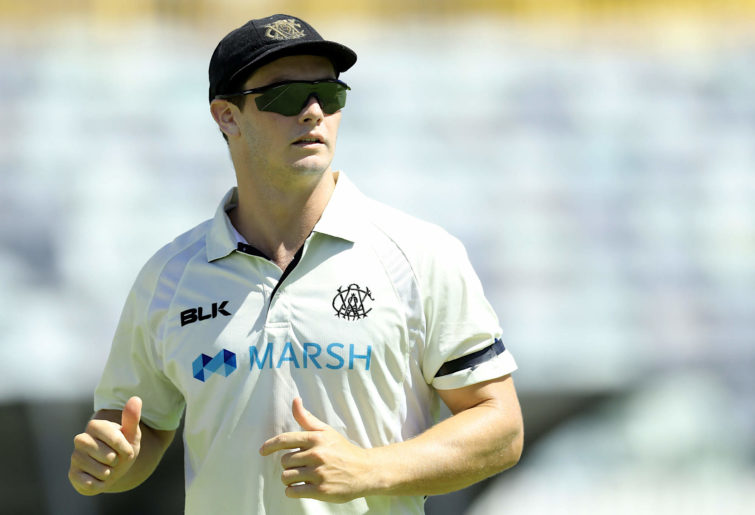 Could Cartwright find himself in the side for the Ashes? (Photo by Will Russell/Getty Images)

Yet Cartwright’s start to the season with the bat was the stimulus and backbone for this article. Having recently formed a reputation for himself as a big-hitter and even somewhat of a white-ball specialist, which was highlighted in his recent 101 off 88 in the WACA First Grade, he has transferred this form into the red-ball format fluently.

In his Shield campaign so far, 64.29 per cent of his 308 runs have come from boundaries. In comparison to other top-scoring batsmen, in this Shield season alone, 59.77 per cent of Shaun Marsh’s 261 runs have been boundaries, Cameron Green is travelling at 57.45 per cent, and Khawaja is at 47.20 per cent.

Translating his white-ball form into the longer formats of the game has proved critical for Cartwright as he is currently the third top run-scorer for this year’s Shield.

With Cricket Australia announcing that a three-day Australian intra-squad match will be played just under a week before the first Ashes Test at the Gabba, as well as Khawaja, I feel that Hilton Cartwright definitely deserves a spot in the (at least) 22-man line-up.