What does the Tim Paine scandal mean for Australia? Five burning questions after captain's bombshell

News that Tim Paine has resigned from the Australian Test captaincy effective immediately following a lewd sexting scandal from 2017 has taken the cricket world completely by surprise.

Needing to select a new skipper – and possibly a new wicketkeeper too – with just weeks left until the first Test of the summer at the Gabba, the bombshell has the potential to do major damage to Cricket Australia both on- and off-field; while England will surely be rubbing their hands together with glee.

So… who’s the captain now?
Unlike the Somalian pirates in the 2013 Tom Hanks film Captain Phillips, there’s no one immediately apparent around the Test team to take up the wheel, stare everyone else in the eye, and mutter: “Look at me. I’m the captain now.”

Indeed, part of the reason Paine’s tenure has lasted the three and a half years since the Cape Town ball-tampering fiasco that saw him take on the job to begin with, despite dwindling returns with both bat and gloves, has been the lack of a ready-made replacement.

The logical move would be to appoint the vice-captain, Pat Cummins. Since being endorsed by Shane Warne on Fox Cricket in late 2018 as a future Australian captain, the star fast-bowler has been a popular choice among the public to take on the role after Paine retired… or, as it has now proved, fell on his sword.

While his captaincy experience is limited, Cummins oozes class as a cricketer, is one of the few Test players assured of his spot in the XI, and is a well-respected and admired member of the team.

Just a day before the news of Paine’s scandal broke, Cummins spoke to SEN Radio’s Andrew Voss, in which he said he was “as ready as I ever would be” to take on the captaincy were he asked tomorrow, comments which proved eerily prescient.

“I don’t think I’d be the finished product or perfect tomorrow, but I think I’m as ready as I could be if I had to step up,” Cummins said.

“It’s something I’ve had a little bit of experience with, but not a heap. But there’s plenty of guys in the team that have had experience that I’d be leaning on.

“Either state captains, or Davey Warner and Smithy [Steve Smith] are obviously ex-Aussie captains. There’s plenty of experience I’d lean on, so I wouldn’t be left out there by myself.” 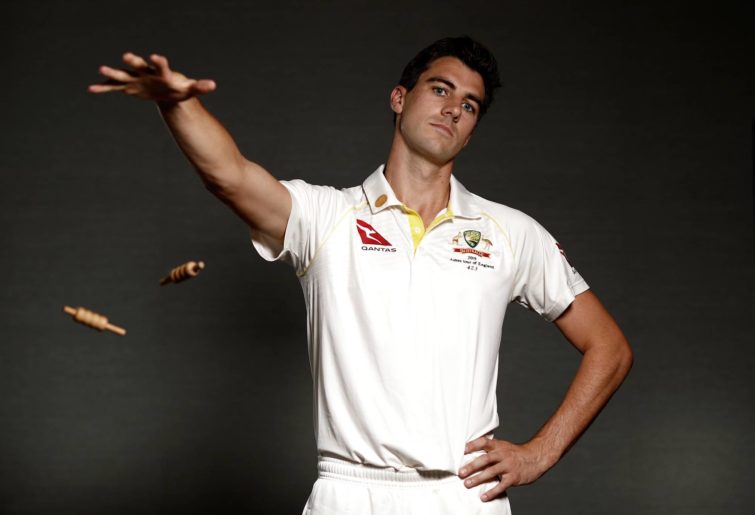 However, CA have long been reluctant to give a fast bowler (or heck, any bowler) the top job. Ian Johnson in the 1950s was the last true bowler to be permanently installed as skipper, while Richie Benaud a decade later as a leg-spinning all-rounder the most outside the box appointment since. Indeed, it took Steve Smith’s Cape Town fall from grace for CA to shy away from the tried and true strategy of picking the best batter to be captain, and hand it to wicketkeeper Paine.

So if not Cummins, then who? After serving a two-year leadership position ban in addition to his 12-month ‘Sandpapergate’ suspension, Smith himself is a candidate to return. Widely seen as Australia’s best Test bat, he satisfies an important CA criteria on that alone. Not to mention, his experience of captaining the Test team, including in a 4-0 Ashes triumph the last time England toured Australia, must be very appealing to the powers that be.

Then again, he did prove incapable of handling some of his more strong-willed teammates, most notably Warner, in the ball-tampering scandal; could he be trusted with what former Prime Minister John Howard famously labelled the most important office in the land? Equally, his superb Ashes form in the 2019 series in England as a batter only suggests it might be better to leave Smith to focus on what he does best.

After that, it becomes less clear. Usman Khawaja and Travis Head, fighting it out for the number five spot in the XI, both captain their states in the Sheffield Shield (Queensland and South Australia respectively). It would be a big call to name either of them captain, though, especially in circumstances such as these; not to mention that Head has already endorsed Cummins for the job.

As a batter in the calibre of Smith, Marnus Labuschagne could also be considered; but he has even less captaincy experience than Cummins, plus his recent fine for excessive appealing in the Sheffield Shield and several other unsavoury incidents already this summer aren’t quite becoming of an Australian Test captain.

One thing is for sure: if CA were hoping to delay replacing Paine as captain for as long as possible, they don’t have that option anymore.

Does Paine deserve to keep his spot as a player only?
Speaking on behalf of the board, CA Chair Richard Freudenstein has stated that Paine, despite relinquishing the captaincy, “will continue to be available for selection in the Test team through the Ashes summer.”

However, damning as this scandal is, it might not prove to be that simple. Remember, Smith, Warner and Cameron Bancroft’s ball-tampering bans in 2018 were as large as they were due to public outrage over their indiscretions. Given the salacious nature of the accusations against Paine, it would be hard for many to swallow to see him line up behind the stumps, or at the batting crease, on Day 1 at the Gabba.

Then there’s the measure of his form to consider; Paine is 36, boasts a mediocre first-class batting average of a tick over 30, and shelled a number of chances late in last summer’s Test series against India. A shock choice for the 2017-18 Ashes on the basis that no other ‘keeper in the country could buy a run, few would have expected him to still be in the spot for England’s next tour.

Should he play, Paine will be mercilessly targeted by the Barmy Army, and maybe even Australian cricket fans disgusted by his behaviour. It would take great mental strength to not be affected by that.

Equally, playing as a disgraced former captain isn’t an easy task, especially with the charges to be so fresh by the first Test. Smith at least had a year to come to terms with it. 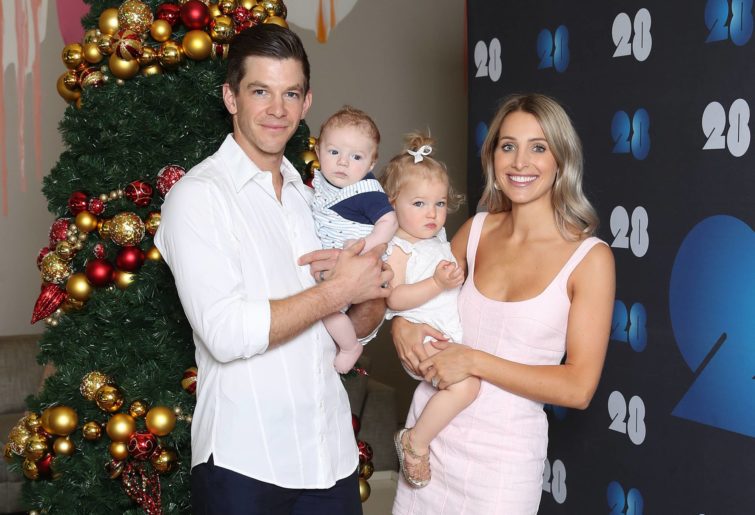 Put simply, picking Paine for the first Test after this news would create problems for CA. While dropping him would make life difficult too, it might be the lesser of two evils.

If not Paine, then who dons the gloves at the Gabba?
Unlike in 2017-18, there are several wicketkeepers banging the door down to replace Paine should CA decide to bite the bullet.

Some have been the heirs apparent for a long time (read: Alex Carey), some have been rising up the queue for a number of years (read: Jimmy Peirson), while some are just in the sort of rip-roaring form no keeper was in four years ago (read: Josh Philippe). On top of them, Josh Inglis was named in Australia A’s squad alongside Carey, adding to his selection for the T20 World Cup squad as a sign his strong last few years of domestic cricket have been noticed.

Dumping a debutant into the cauldron that is an Ashes series would be a bold move, though; while seven years since his last, Paine had four Tests under his belt when he was given the nod. In addition, Philippe’s glovework remains a work in progress, Carey’s red-ball batting record is scarcely any better than Paine’s, while neither Peirson nor Inglis have ever truly looked close to being in Test calculations just yet.

However, what if I were to tell you that there was another option; one who played the entire Test summer last year, scored two centuries during the 2019 Ashes series, and was crucial in Australia’s run to the T20 World Cup title? Yep, I’m going there: Matthew Wade.

In addition to some improving glovework, one Adam Zampa hat-trick ball drop aside, Wade has the experience and leadership a new captain such as Cummins said he’d look to for guidance. A Test batting average of under 30 doesn’t do justice to the fact that he played a full year in 2017 in the worst form of his career. And, as he showed with his nerveless trio of sixes in the T20 semi-final win over Pakistan, Wade is a man for a crisis.

At the very least, he’s worth considering.

Speaking of crisis, is Australian cricket in one?
After ‘Sandpapergate’ ripped the soul out of Australian cricket, no player has done more to try and repair it in the years since than Paine. From instituting pre-match handshakes to bantering with Rishabh Pant behind the stumps in place of abuse, the country’s long-time antagonism had slowly begun to fade.

But if it only took Paine telling India’s Ravichandran Ashwin last summer “At least my teammates like me, d—head” to raise concerns over whether Australia’s cricket culture was starting to return to its previous ugliness, what on earth will this latest scandal do? On top of that, that Paine’s actions were covered up for four years by CA officials, and that they knew about them before installing Paine as captain in Cape Town, is damning on both player and administration alike.

Just like in Cape Town, where Smith and Bancroft originally lied to reporters about the use of sandpaper on the ball, Paine and CA only opted to reveal the truth and face the consequences once the story was about to break. It seems, despite all the claims after that ill-fated South Africa series, no one at the organisation has learned anything.

So is Australian cricket in crisis mode once more? The fallout mightn’t be as dire as after ‘Sandpapergate’, which cost the team their two best batters, captain, vice-captain and promising young opener.

But in terms of fostering a cricket culture that Australians can be proud of, Paine’s foundational goal from the moment he became Test captain, it seems we’re back to the drawing board.

What will England be making of this?
England themselves are in the midst of dealing with a scandal of their own: the allegations of racism levelled at the Yorkshire Cricket Club and all the way up to Test captain Joe Root by former player Azeem Rafiq.

However, their developing story is less likely to impact the England touring side. For one thing, they’re off on the other side of the world, where the British press can be put out of sight and out of mind. For another, while Root has been implicated by Rafiq, he has been deemed a ‘good man’ despite being criticised for failing to spot institutionalised racism during his time at Yorkshire. No one is calling for Root to resign as captain just yet.

Just as they did after ‘Sandpapergate’, expect the English media to have a field day over the Paine scandal. As such, any release of pressure on the England team from the ongoing Rafiq investigation would be most certainly welcomed. That’s not to mention the handiness of having an opposition suddenly shorn of its captain and first-choice wicketkeeper going into a crunch series with the pressure dialled up to 11.

And of course, the Barmy Army now have a whole host of new songs they’ll be rehearsing for the summer ahead.