Damian Lillard is the NBA’s personification of loyalty to a fault.

Nobody would have said a bad word about Lillard if he had gone through with what looked like finally requesting a trade out of Portland in the off-season.

But he’s giving the Trail Blazers yet another chance to prove they can build a supporting roster he can take all the way to the championship.

At least this time around the Blazers shook things up a little with the hiring of Chauncey Billups as their head coach after nine years of Terry Stotts nearly getting them over the hump, peaking in their 2019 run to the Western Conference finals.

Apart from bringing in decent role players like Norman Powell and Larry Nance Jr in the past 12 months, not much else has changed for Lillard’s Blazers.

They’re still there or thereabouts for one of the lower seeds in the west and they’ll still be little more than making up the numbers in the playoffs, if they even get there after eight years in a row.

Almost purely on the strength of Lillard’s amazing offensive output and clutch capabilities, he’s led them to some brilliant upset playoff series wins over the years, starting off with Houston in 2014 on his famous “Rip City” game-winner and perhaps most memorably, his deep bomb in Paul George’s face which ended OKC’s 2019 campaign in the first round.

He has repeatedly stated he wants to remain loyal to the team which took him sixth in the 2012 Draft which raised eyebrows at the time but proved to be one of the best selections in recent NBA history, especially considering the uninspiring trio of Thomas Robinson, Dion Waiters and Michael Kidd-Gilchrist were taken ahead of him.

You could make a case that in hindsight New Orleans, who had the No.1 pick that year, may have been better off if they had taken Lillard rather than the more obviously talented Anthony Davis, who pouted his way out of the Big Easy because he thought it would be not so easy to ever win a title there. 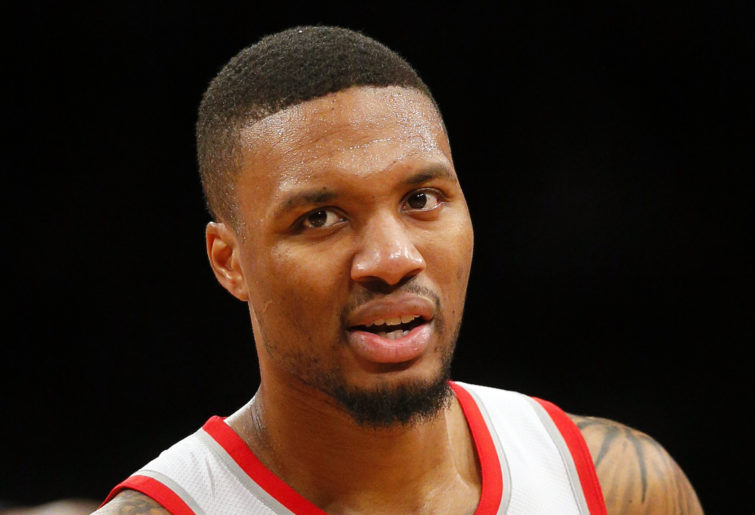 Lillard’s loyalty is a double-edged sword – he may end up like Reggie Miller and spend an entire career in one uniform but miss out on a championship ring.

Miller’s Pacers came closer than Portland ever have to winning the title.

Karma could pay off for Lillard if he sticks around, like Dirk Nowtzki in Dallas.

Or he could win a ring elsewhere like Kevin Garnett, who gave Minnesota too many years of unrequited excellence before getting shipped off to Boston and providing the backbone for their 2008 success.

While ever Lillard is on the team, they’re never going to be bad enough to get a lottery pick.

He’s too good for his own good.

And unless the front office gets radical, Lillard is never going to have a second or third option to help him deliver the Trail Blazers’ second championship to go with the lonely 1977 trophy in the cabinet.

They should look no further than Milwaukee to see their best path to glory.

The Bucks had flamed out in successive Giannis Antetokounmpo MVP seasons and realised they had to push all their chips into the table.

Khris Middleton had developed into an All Star but Eric Bledsoe was coming up short in the post-season.

They identified Jrue Holiday as the upgrade at guard they needed and shipped Bledsoe to New Orleans, sweetening the deal with multiple first-round picks and swaps.

A few other factors fell their way in the playoffs like injuries to Kyrie Irving and James Harden hobbling the Nets and No.1 seed Philadelphia imploding against Atlanta but the Bucks were rewarded for their gamble with the ultimate prize.

The Blazers have to do likewise or they’ll remain in the mid-standings purgatory. 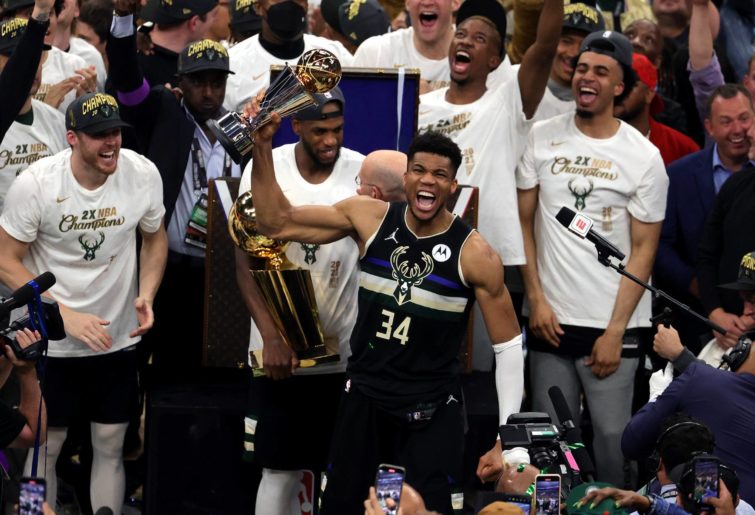 CJ McCollum has been a fringe All Star for a few seasons without ever making the leap while Jusuf Nurkic has been a presence at centre when healthy but that has not always been the case.

Each has trade value. Throw in a few draft picks and the Blazers can potentially acquire the second star they so desperately need.

They haven’t been able to land anyone of note via free agency and they’re never going to be seen as a destination franchise.

Complicating matters is their front office is in turmoil. Blazers president and CEO Chris McGowan resigned recently after nearly a decade in charge and general manager Neil Olshey is being questioned in an independent investigation commissioned by the team after concerns were raised about the workplace environment.

They need to sort out their executive structure ASAP and then fix the roster even quicker otherwise Lillard would be well within his rights to request a trade.

Philadelphia would be ready to wave Ben Simmons in Portland’s face as a young star they can rebuild or revamp their franchise around while New York would part with plenty to get Lillard’s name on the Madison Square Garden marquee.

Pretty much every franchise would be keen to get someone of Lillard’s talent, one of only 11 active players recently named in the NBA’s top 75 players of all time.

Keep Portland Weird is a motto for the city. It’s time it’s NBA franchise started to get a bit funky rather than being so straight laced with its roster.

Keep your eyes on
Luke Walton on the hot seat. He’s always been under pressure, just like his many predecessors in the basket case that is Sacramento, but the Kings are 6-11 and have shown little to no improvement during his three years in charge.

Miami’s city edition uniforms – actually, keep your eyes off them. They’re an eye-sore. The Heat were on a heater with their first few alternative strips – the white, blue and blue versions with the hot pink Miami Vice style were ground breaking, the gradient pink and blue ones last season weren’t so great but this year’s version is all over the shop with the different letter and number styles from each part of the franchise’s history.

Aussie in the Big Show
The Nets can’t have their highest-paid Australian-born guard on the court for reasons beyond their control but Patty Mills continues to perform.

With main main Kevin Durant sidelined with a shoulder problem, Mills stepped into the starting side on the weekend and nailed four threes in his 22 points. It was his third straight 20-plus scoring game, which surprisingly he’d only done twice previously.

Must-watch matches this week
Monday – Nuggets at Suns, 12pm AEST
Phoenix (12-3) have the longest active streak in the league with 11 while Nikole Jokic is keeping Denver (9-7) afloat despite the absence of Michael Porter Jr and Jamal Murray.

Tuesday – 76ers at Kings, 2pm AEST
It doesn’t sound like a marquee match-up but it could be crucial for Sacramento coach Luke Walton. His team is 6-11 and talk is growing that he’s on the hot seat so if they lose to a Philadelphia side, it could be curtains.

Wednesday – Lakers at Knicks, 11.30am AEST
LA are still struggling at 8-9 despite the return of the King but having LeBron James in the line-up should get them they edge over a New York team which has been below-par at home.

Thursday – Nets at Celtics, 11.30am AEST
Brooklyn will be a factor whenever Kevin Durant is on the court but Boston have been impossible to predict.

Friday – no games due to Thanksgiving Day. No thanks to that.