Brandon Smith making his way to the Sydney Roosters from season 2023 has some serious shades of Cooper Cronk in 2018 – and not just because they both moved from Melbourne, but because of the knock-on effect at Bondi.

I’ve long argued that the Roosters are generally unfair targets for having a salary sombrero.

The Bondi club may be sorely lacking in juniors, but they still pick up most of their players at a young age and develop them in what is arguably the best, most professional system in rugby league.

They add some decent flourishes by poaching at the top end of their wage expenses, such as James Tedesco and Angus Crichton, but most of their squad were recognised and signed up at a young age, and will stay for ‘unders’ to win with their mates.

Look no further than Joey Manu, who re-signed with the Tricolours on the same day that Smith’s situation blew up, on a deal that would be hardly chump change but still significantly less than the reported $1 million a year the Warriors were willing to pay.

“The Roosters is home to me and I couldn’t see myself playing for another club. From the top down, I love this club,” Manu said in a statement announcing his new deal.

That said, Smith making his way from St Kilda to Kings Cross is likely to soon create the counter-argument – that loyalty is as doomed as a chicken in the Steggles factory.

Because what, pray tell, are the Roosters going to do with Sam Verrills?

“Ready to take hold of the club’s No.9 jersey long term, Sam Verrills has overcome injury and proven to be one of the most exciting young rakes in the competition,” the club’s profile of the young hooker reads. 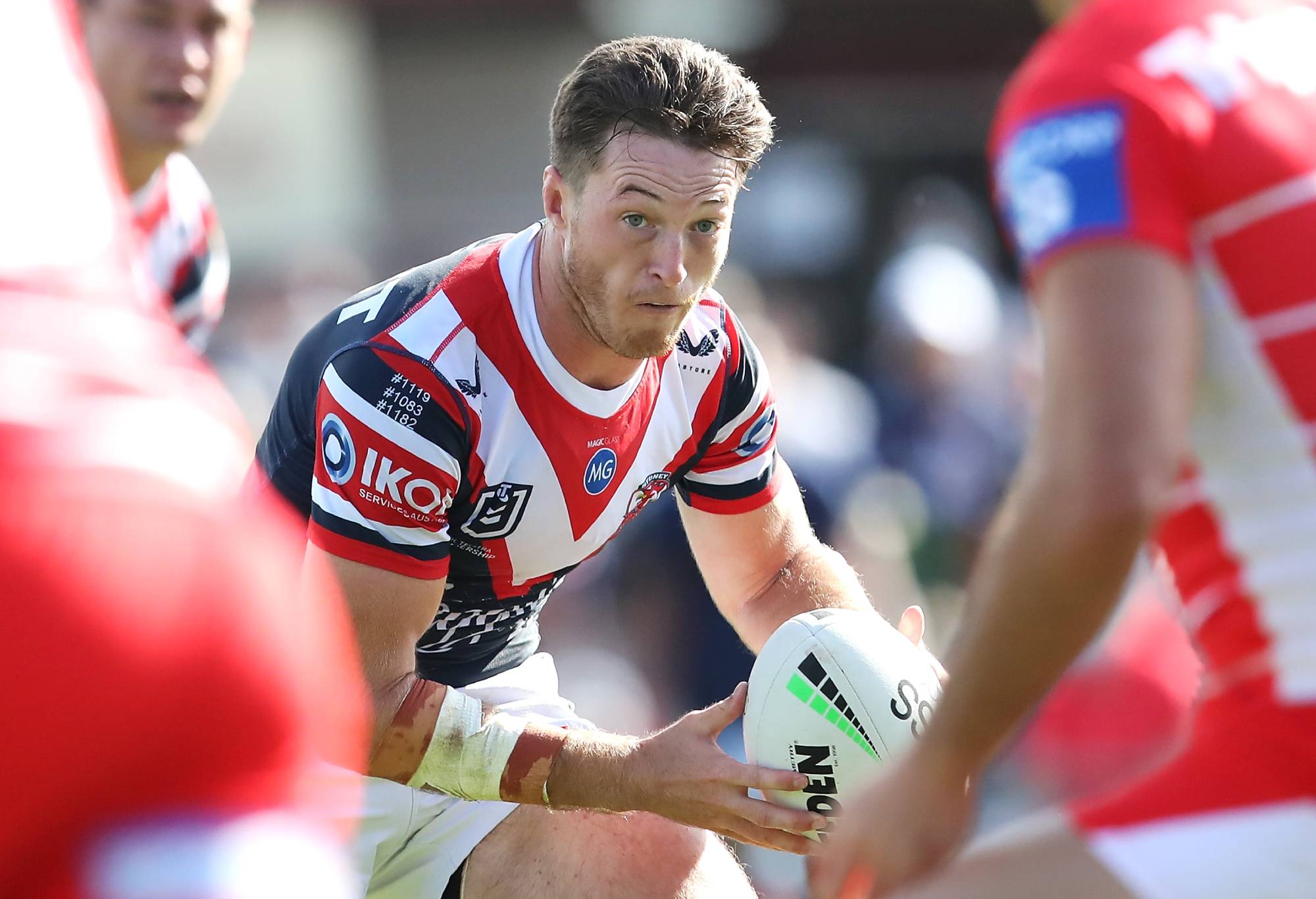 “Verrills is a premiership winner at just 22 years of age and will be aiming for higher honours in 2022.”

Higher honours in 2022 sounds great, but what about 2023? Well, logic would suggest a change of club.

Because while Smith is lauded for his versatility, having played hooker, lock and even a bit of prop, his move from the Storm has been largely motivated by his desire to be a starting No.9. And with Harry Grant on the books at Melbourne, Smith realised his long-term future under Craig Bellamy was likely as a bitser, rather than a pure-bred rake.

And, having foregone the bigger dollars and chance to be near his Queensland-based parents at the Dolphins, one has to assume part of Trent Robinson’s successful pitch to Smith was that he would be the club’s undisputed dummy-half.

So where does that leave Verrills?

As his profile reads, the youngster is already a premiership winner, having scored the opening try of the 2019 NRL grand final – a game in which he started, with the club’s co-captain and long-term hooker, Jake Friend, on the bench.

Verrills’ 2020 season was decimated by injury, but the club still clearly saw him as a large part of their future, announcing in December of that year that he had been extended until the end of 2024.

His salary isn’t publicised but as a young player, you’d guess he’d be on an inflating deal, with ’23 and ’24 when he starts to come into some proper coin.

So that means he’ll at least have two years overlapping with Smith, during which time he’ll get paid good money to do what exactly?

While Smith may have more name recognition, Verrills has the same number of premiership rings as his Kiwi counterpart and at 22 years of age compared to Smith’s 25, the pair have a similar number of years left in their respective careers.

Add another season of top-flight footy and by the time Smith arrives for pre-season training at the Roosters this time next year, I doubt Verrills is going to be keen to give up his gig.

What’s more, why would the Roosters fork out for two top-notch hookers when in Freddy Lussick, Ben Marschke, Lachlan Lam and Connor Watson they’ve got plenty of decent back-up options should their first choice go down injured?

A change of position isn’t on the cards for Verrills either, with Victor Radley established at 13 and two gun halves directing the team around the park.

Which brings us back to Cronk, who Nick Politis signed from the Storm at the end of 2017 in the hopes that the long-term Queensland and Australia halfback would provide the polish needed to see his side break a shocking title drought dating all the way back to 2013.

This, despite the fact they had a long-term Rooster and premiership winner on their books in Mitchell Pearce.

The Chooks made all the right noises about wanting to keep Pearce – who, they said, could learn a lot from Cronk – but you get the feeling that when Pearce requested a release from his contract, the club breathed a sigh of relief. Because who needs to pay the better part of a million bucks to a second-stringer?

Two grand final wins in Cronk’s only two years at the club show that they made the right call and the fact Pearce is currently training with his former club before making the move to France in the New Year suggests any ill will has since passed.

But the whole ordeal also suggests that Verrills may be on borrowed time at the club where he has played his whole professional career.

Of course, Smith may be as well, with the Sydney Morning Herald reporting, “Furious Melbourne powerbrokers are incensed with the conduct of Brandon Smith during contract negotiations and are considering immediately cutting the star hooker loose.”

Apparently the aspect that really peeved the top brass at Storm HQ was Smith saying on a podcast, before he had announced his intentions to leave Melbourne, “I was just looking at the Roosters jersey… going, ‘I want to win a premiership in that jersey.’”

Yeah, I can see how that would put some noses out of joint.

But if I was Verrills, I’d be more mad about some of Smith’s other comments, including how “the Roosters, bro, they are about your life, not your footy”.

Really? Is that why the club is so keen to sign a Test-quality hooker when they’ve already got a bloke on their books they describe as being their long-term rake? Because they want to help Brandon Smith with his life, not with his footy?

“I went and golfed with Jared [Waerea-Hargreaves], Aubo [Mitchell Aubusson] and Friendy, and Nick Politis was ringing them. He is over in LA on a business trip at the moment, and he is ringing them up just to see how they are,” Smith said on the podcast.

What a caring, compassionate man Politis must be, happening to call those blokes just to see how they are. Bet it happens every day, not only when they’re in the presence of the hottest free agent in the game.

To be clear, I’m not accusing the Roosters of being worse than any other club when it comes to player loyalty – if a better option comes along, they’d be silly not to take it.

But if Brandon Smith thinks the Chooks are all about the person over the player, I suggest he go out for 18 holes with Mitch Pearce and Kyle Flanagan.

Or maybe he should just ask Sam Verrills how his latest phone call with Politis went.