Former England spinner Monty Panesar says he expects Australia to be distracted by the Tim Paine affair and called on Joe Root to directly target Pat Cummins, while claiming England are Ashes favourites.

With the Ashes starting in Brisbane on Wednesday, neither team has enjoyed an ideal preparation thanks to off- field dramas and inclement weather.

But Panesar is among the very few who have tipped England to win the series and gave a less than favourable review of the current Aussie team compared to those of the past.

“I think the bigger concern is with Australia. They’ve got a new captain coming in and they haven’t played any Test cricket [since losing to India at The Gabba in January],” Panesar told The Mirror.

“England have played nine Test matches since February, they’ve only won once but they’ve got game time under their belt. Australia haven’t got anything and they are going to be under extreme pressure.”

Panesar’s pointed comments on the current state of the Australian players will be noted by the hosts.

“They’ve got to live up to the expectations of the past and I think, over the last five to ten years, Australia have moved away from their reputation,” he said.

“When I first played the likes of Matthew Hayden, Adam Gilchrist and Justin Langer would look at you as if to say ‘You don’t deserve to be on the same field as us. You’re just a club cricketer.’

“I just don’t think this Australian team lives up to those expectations and they have that external pressure.

“Jimmy Anderson had a brilliant series then and he’ll probably have another great series, with potentially two pink-ball Test matches.

“I think it would,” he said. “It’s Pat Cummins’ first time captaining and we don’t really know what his captaincy style is.

“Will he lean too much on Steve Smith and David Warner for big decisions or will he be able to make them himself? We don’t really know that.” 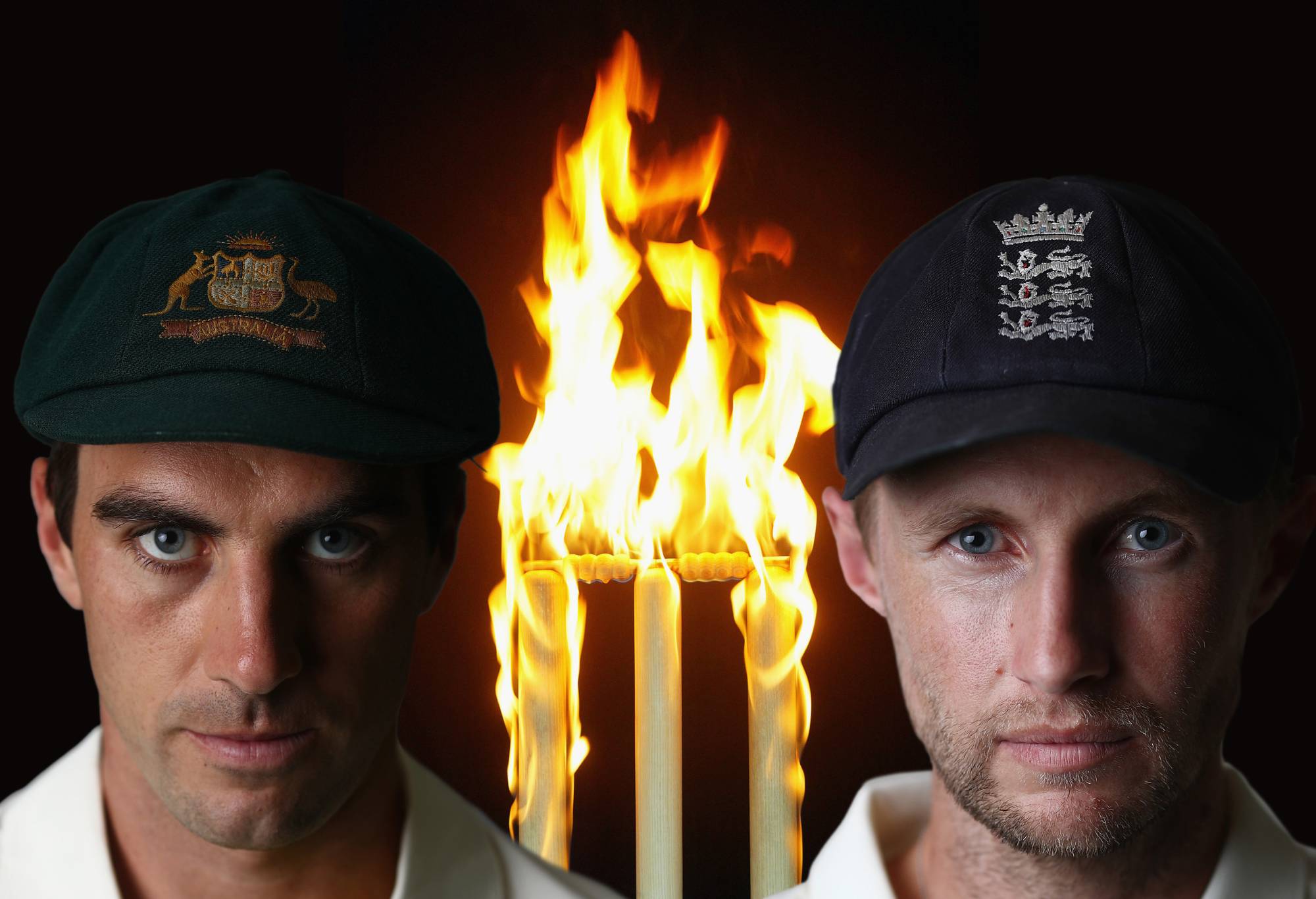 “If I was Joe Root I would look to create that doubt, make the odd comments about his captaincy when he comes out to bat and just keep poking him,” Panesar said.

“It’s the banter that cricket always has and I’m sure that could be a great strategy for the England team. Create some doubts in his thinking and his decision-making and cause a lot of upset in the Australian camp.”

Root has tried to sow seeds of doubt with the Australians by suggesting the Gabba is no longer their fortress after being beaten by India in last year’s Test there.

Mitchell Johnson, who terrorised the English team in the 2013-14 Ashes series with 37 wickets, said that result meant nothing for either Ashes outift.

“Maybe he’s trying to trick his own mind into thinking that because India played well there that they should be okay,” Johnson said.

“But I think he’s trying to fool his own mind. It’s still a stronghold from our point of view, from an Australian (point of view). Even from the perspective of someone just watching the game, who hasn’t played in a while, you know the Gabba’s hot.”

It’s clear the Gabba holds demons for the English, with Australia securing four convincing wins and a draw from the past five Ashes Test on the ground, and they’ve made a good start a key part of this campaign.

Mo Bobat, the ECB’s performance director, told the BBC’s Project Ashes podcast that Australia needed to win at the Gabba.

“There’s no debating Australia have a formidable record at the Gabba,” Bobat said. “You can be intimidated by that, or you can frame it as ‘they depend on winning at the Gabba to win their series’.”

“Maybe we take away some of that dependence. If we get something out of that game, all of a sudden that is something they are not used to, a position they’re not used to coming back from.

“Frame it as a challenge and that is how we see it. Get something from that game and Australia are in difficult territory, territory they are not used to, removing a bit of their dependence. We are really excited about that challenge.

Meanwhile a leading UK cricket writer, Paul Newman, believes this could be Root’s swansong as skipper, with England likely to get more value for him as a batsman unencumbered by the stress of leadership.

On the previous Ashes tour down under, Root ended up in hospital on a drip thanks to the sapping demands and stress of the occasion.

“The jury has remained out on Root the captain — but certainly not the batsman — ever since and he approaches his third Ashes in charge knowing it must surely be his last chance to join the pantheon of England captains who have lifted the urn,” wrote Newman in the Daily Mail.

“There is even an argument that, win or lose, this should be Root’s last series as captain so he can spend the rest of his peak years and beyond concentrating on scoring the runs that remain integral to England’s success.

“But even in the absence of any viable leadership alternatives, the time is coming, approaching his 31st birthday, for Root to think about himself and of becoming one of the all-time batting greats.”

Glenn Maxwell is suiting up for BBL action this week, but hasn’t given up hopes of playing another Test.

“I think it’s definitely realistic. I think I’m probably playing as well as I ever have at the moment,” Maxwell told reporters on Friday.

“I feel really good about my game. I’ve been able to work on different techniques for different formats, which has really helped.

“I’m in constant contact with the selectors and they’ve been really clear that if opportunities do come up, that I’m ready for red-ball.” 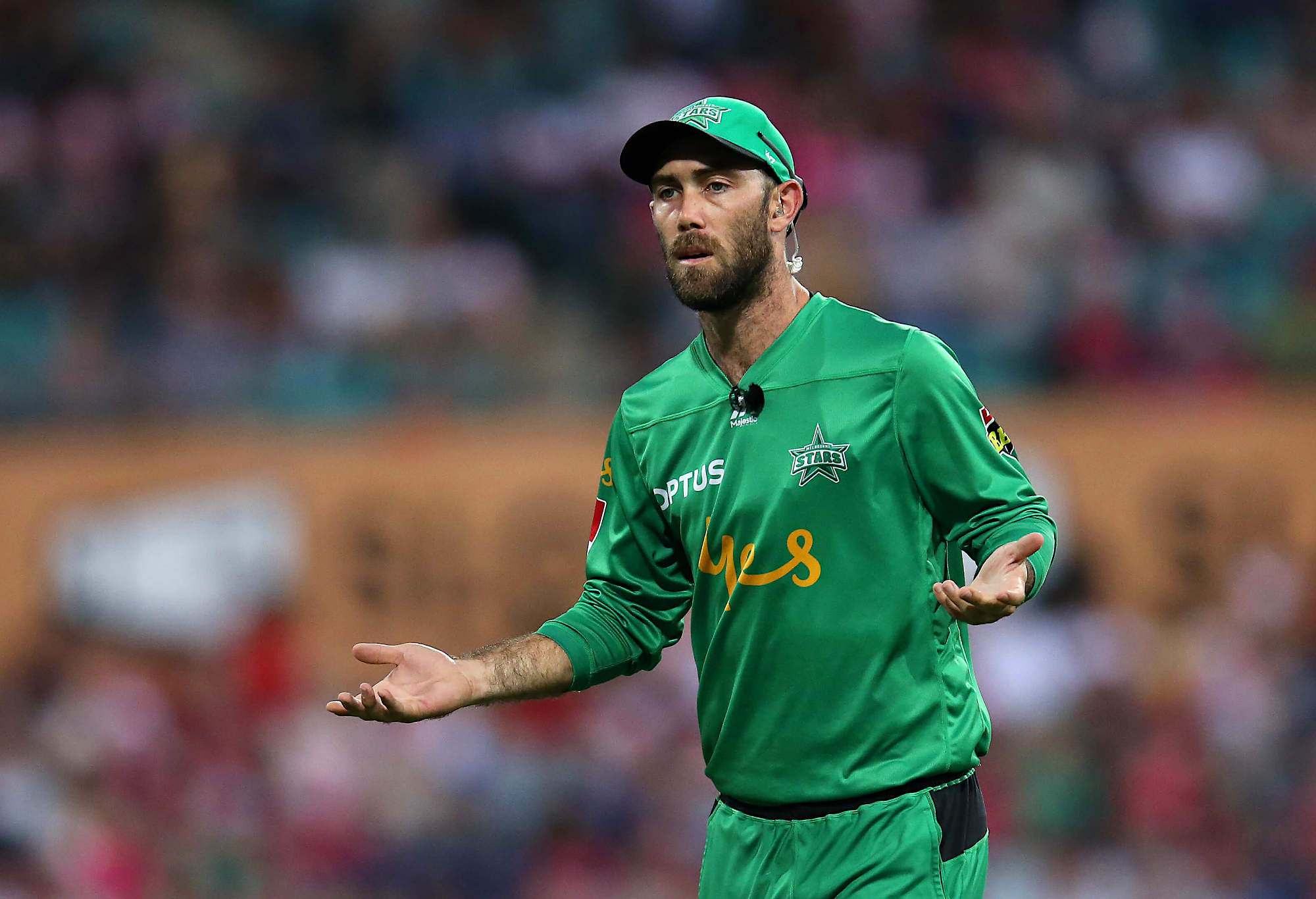 The multi-format tour of Pakistan next year will give Maxwell a chance to press his claims.

“I’ve been told that next year will be a subcontinent-heavy tour year and there could be opportunities with guys coming in and out (of the 11),” Maxwell said.

“There’s obviously a lot of cricket next year. You don’t want to burn guys out throughout the season, so there might be some changes.

“I’ve just got to make sure that I’m playing well when they pick those squads.”

Nathan Lyon goes into the Ashes Test on 399 wickets and has told Shane Warne, in an interview with Code Sports, who he would prefer as scalp No.400.

“Hopefully the quicks do the job nice and early, if we end up bowling first, and they can make a couple of inroads,” Lyon said. “But someone like Joe Root, that’s always a great challenge.

“I’ve loved bowling against Rooty. We’ve played a lot of Test cricket against each other, so someone like Joe Root obviously would be quite special. But, to be honest with you, I don’t really care. I just want it to come and we can move on.”

Warne also asked Lyon is he thought England would be fearful heading into the Gabba opener.

“I think fear is a fear of failing,” Lyon said. “I think every sportsperson would have that fear of failing [but] the best in the world are able to go above that.

“I think England will have some doubts because a lot of their senior players have been out here on tours before and they haven’t won a Test out here.

“If you look at the likes of Joe Root, Ben Stokes and these guys, I think they’re going to be confident no doubt, but I think there’ll be some doubt in their minds [about] the Australian side and the way the Australian team go about their business here in Australia.

“So, I’m not sure if it’s fear because no doubt they’ll have their belief within their squad. But I know here in the Australian cricket team, we have the belief that we can come out here and win the Ashes and win it 5-0.”

Sri Lanka suffered four run outs in their quarter-final loss to Afghanistan, the last the worst by far. 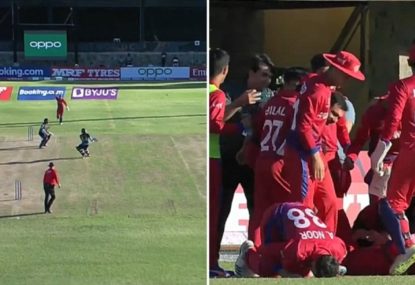 Here’s a fun Test cricket combination with a difference for you to contemplate while you plan the weekend.

A 169-run partnership between Australian captain Meg Lanning (93) and her deputy Rachael Haynes (86) has put the hosts in a strong position at stumps on the first day of the Ashes Test in Canberra. Aussie fans watched with bated breath early in the day after Australia were 2-4 at the end of the third […]