What do General MacArthur and Captain Paine have in common?

I’m glad you asked, and here is the comparison.

This Tuesday will mark the 80th anniversary of the shock, unheralded Japanese attack on Pearl Harbour in Hawaii. This remains to this day one of the most extraordinary and momentous occasions in history.

Over 400 Japanese aircraft launched from six aircraft carriers north of the Hawaii islands swept in over the island of Oahu just before 8am on 7th December, and for the next 90 minutes created mayhem, destroying and disabling US capital ships in the water and aircraft on the ground.

In the Filipino capital of Manila, it was about 3am on 8th December on the other side of the International Date Line when radio operators picked up the news that Pearl Harbour was under attack. Because of mostly procedural delays, the Commander in Chief of US forces in the Philippines, Gen. Douglas MacArthur, wasn’t notified until about 3.30am.

MacArthur got dressed and then he did… nothing. He did nothing for the best part of the next seven hours. At about 5.30am, US Air Force commander Lewis Brereton requested permission to fly to Formosa (Taiwan) and attack Japanese aircraft at their bases. His repeated requests over several hours were all refused.

It wasn’t until mid-morning when MacArthur was aware of Japanese landings at Luzon to the north, that he gave Brereton the green light. It came too late. Just after midday, the Americans bombers had been loaded with bombs and ready to go, but Japanese bombers arrived over Clark Airbase and very quickly decimated about 60 per cent of the US air power in the Phillipines in a very short period of time.

After the war, MacArthur was questioned at length over his long delay in immediately executing commands of action. None of MacArthur’s answers were satisfactory. MacArthur tried to limply explain that US Army Chief of Staff George Marshall had told him to wait for Japan to ‘make the first overt act’.

Almost everyone thought the attack on Pearl Harbour was a pretty overt act. MacArthur tried to deflect this by suggesting Marshall meant the Philippines. No one bought it. But MacArthur got away with his obfuscation because he had more important things to do.

You see, MacArthur had been installed as the autocratic leader of Japan, charged with bringing a new, vibrant democratic Japan back into the world family of nations. This was probably the best thing he achieved in his career, overseeing Japan’s change from a tyrannical militarised country into an open progressive democracy.

Which brings me to Tim Paine. On the eve of being recalled to the Australian team and playing his first Test for seven seasons, Paine sent a pic of his genitals to a female employee at Cricket Tasmania. At the time, only the two people involved were aware of this action. 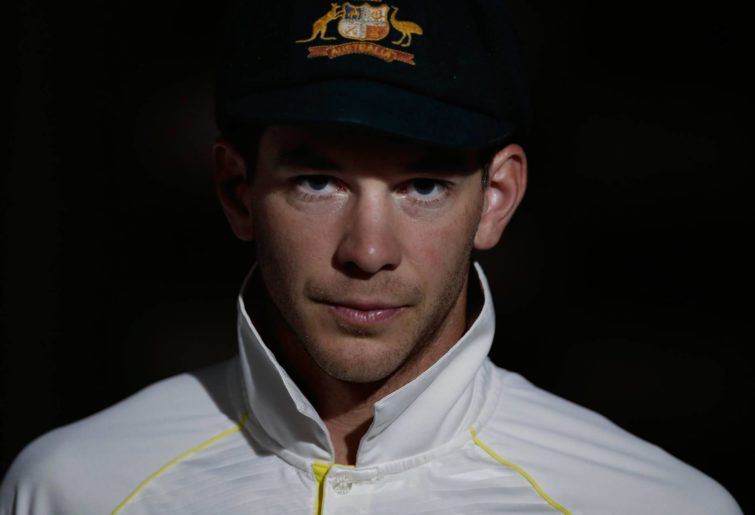 In just a short six months, Paine had gone from his team’s keeper to his country’s keeper, that is, the captain of our most revered sport (arguably), following the Cape Town sandpaper-gate incident. Then, just a few months later, both Cricket Tasmania and Cricket Australia became aware of the genital pic, but absolved the newly minted captain Paine of any wrong-doing.

As with the situation involving MacArthur, Cricket Australia had no stomach to prosecute a situation that required prosecuting. Having suspended both their previous captain and vice-captain, who also happened to be the best two batsmen in the team, and seeing that Paine had become a national icon almost overnight, Cricket Australia and CT decided to let sleeping dogs lie.

Again, under different circumstances, Paine’s Test captaincy should have ended after just one test. But the Australian cricket cupboard was bare of both batting talent and captaincy candidates, and Cricket Australia had no option but to continue with Paine in the hope his indiscretion didn’t see the light of day.

However, once it became clear Paine’s indiscretion would become public, he had no option but to resign. But like MacArthur before him in a different time and environment, Paine was allowed to escape the scrutiny his indiscretion demanded, as with MacArthur’s inactivity before him.

That’s what MacArthur and Paine have in common, but in entirely different times and seriousness of their circumstances.