'A great toss to lose': A few thoughts on the first Test

Isn’t it great to have Test match cricket back in our lives in Australia? It seems like forever since we could cheer on the national team, though it’s only been ten months.

New captain, new keeper, but the same old enemy. Here are a few thoughts on the match.

The Gabba Test has to be played before Christmas – the pitch served up for this Test has been a beauty. Batsmen on both sides have had to tough it out and the bowlers, when they’ve bowled well, have reaped rewards.

The pitch for the corresponding match last series was relatively tame by comparison and favoured the batsmen for far too much of the game. Coincidence it was a match played in mid-January? I think not.

Hopefully Cricket Australia takes note and asks the Brisbane curators for something similar in future Tests.

What a great toss to lose – Pat Cummins said he’d have batted if he’d won the toss, which would likely have been a mistake. As it was, he got first crack with the ball and made a series statement, bowling out England in 50 overs.

Hameed looks like a good opening bat – he looks like an old-fashioned opener. He left the ball extremely well and looked compact and composed at the crease. I guess the only question is whether he’s limited in his scoring options, but if he remains patient, I suspect he could make some useful scores this series.

Alex Carey has fitted in seamlessly – Brett Lee made the comment that the keeper had hardly been sighted which was a good thing and he’s right.

Carey had almost as good as start to his first Test behind the stumps, as his skipper did with the ball. And eight catches puts him into the record books for a keeper on debut. 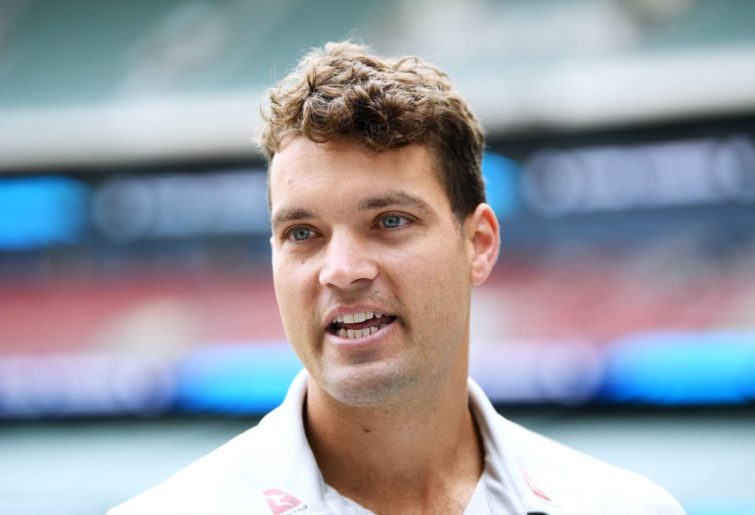 What was equally impressive was how well he marshalled the field, making sure the placements set were in the right positions. It clearly something the Australian brains trust has worked on, but it’s a good thing and takes some of the workload off Cummins.

When’s the last time England had a faster bowler than Australia? I’m happy to stand corrected, but I’d have to go back to the Devon Malcom days to remember when England had a bowler faster than any in the Australian attack.

Mark Wood is seriously quick. I hope the broadcasters do the right thing and show slow-motion footage of his action from both front-on and side-on. This guy has a terrific action.

However, England bowlers fell for the three-card trick – the long first session on the second day should have been a much tougher assignment for Australia than it proved to be, mostly because the England bowlers got it wrong.

The commentators were making lots of noise about the batsmen playing and missing, but in reality, the bowling was often too short, too wide of off-stump, or both.

Far too often, Marnus Labuschagne in particular was easily able to let deliveries go and if David Warner had been in his very best form, he’d have followed suit.

There’s no argument England created at least six or eight chances, but on that pitch, they should have created double that.

Mark Wood looked spectacular at times with the carry he got through to Jos Buttler, but that’s only because the ball was rocketing high, wide and handsome over the stumps.

When they pitch up consistently, the English bowlers troubled all batsmen, but that simply was not happening often enough. They need to get this right before they get to Adelaide, otherwise they could waste the new ball and allow Australia to make a big score.

Australia’s batting plan is not exactly subtle – Jack Leach came on and from ball one, there was clear intent to belt him out of the attack. No milking of runs, or hitting the odd boundary.

Apart from denting Leach’s confidence, it must have put Root in a tough spot, trying to manage his attack. He’d clearly like Leach to bowl long, containing spells to rest his quicks, but if there’s no containment, that forces his other bowlers to get through more work.

Root talked up Leach after the match as “a fine spinner” but I‘d be very surprised the see him in the English XI for Adelaide. Targeting Leach to the tune of 13 overs for 102 by Australia could also have long-term ramifications for the series. Tests are relatively close together and the England fast bowlers have already done more work than they would have liked.

Australia won the series in the first key moment – or rather, England lost it
Australia had managed to make 30 pretty sketchy runs when Ben Stokes managed to swing one back into Dave Warner, hit his back leg, then hit the top of off stump. Great delivery – well, no, because it was a no ball.

Steve Smith coming in against a newish ball is a very different proposition than the same batsman coming in with the opposition first innings total passed.

Speaking of Steve Smith – there’s a song by the Captain Matchbox Whoppee Band called ‘I Can’t Dance (I’ve Got Ants in My Pants)’.

That was the way Steve Smith appeared to be batting in the first innings. He’s clearly an eccentric with his actions but he seemed out of sorts. Hopefully he settles down and starts to bat less frenetically.

A small comment on Oliver Matthews’ excellent blog caught my attention – it was a warning about slow over rates by Australia and the author was absolutely right. In two full sessions, Australia got through only 50 overs and Nathan Lyon and Cameron Green, with his short run-up, bowled nearly 25 per cent of these.

It probably makes no difference if the team is bowling out the opposition, but if they’re not, getting through 80 or 82 overs in a day’s play could be costly, as Justin Langer and co found out last summer.

And 84 overs is all England managed to get through on day 2, despite an extra hour’s play and the spinners bowling 16 overs.

That was a fine batting partnership between Dawid Malan and Joe Root – England can take heart that Malan in Australia could be the answer they’ve been looking for at No.3. 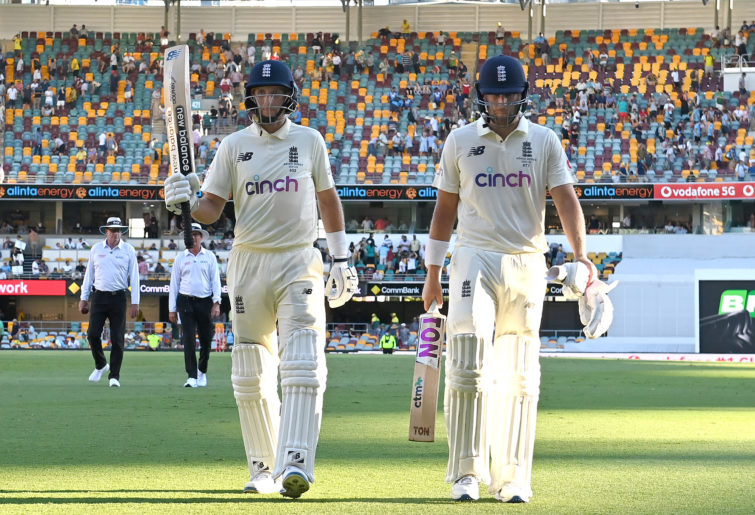 The England openers are a bit shaky, which is understandable against Cummins, Mitchell Starc and Josh Hazlewood, but what they’ve needed is someone to stem the bleeding if they lose an early wicket.

It’s still too early to know if Malan can make the first drop role his own, but judging by his batting on day 3, he’s got the technique and patience to match the Australian attack.

When too much technology is simply too much
What’s with this nonsense about launch angles from the bat? I gather this is something some genius has picked up from baseball and decided it fits into cricket.

Listening to commentators rabbiting on about something, where they clearly have no idea, is really starting to hurt the ears, especially when it has no bearing on any part of the game.

What’s with the Travis Head moustache? Alan Border thought he was looking a bit of a Boonie but I thought he looked like a stumpy version of Tom Selleck as Magnum PI. It’s not a good look but if he gets a heap of runs as he did this match, who cares?

A small thing that could help Marcus Harris – I know it was only ten deliveries but I think Harris will take plenty of positives from his brief second innings. He played a couple of nice shots, including the winning boundary, and, most importantly, he remained not out.

Best remark of the series so far: in the first session of the match, Lyon had just bowled and Cummins brought on Cameron Green for his first over. One of the commentators said: “Do you realise this pair has nearly 400 Test wickets between them?”