From the mind of a truly unqualified couch-coach, I’ve used the small hiatus in international rugby, to ponder aloud what I’ve thought to be quite a unique opportunity for the All Blacks, moving forward into next year and beyond.

Central to this concept – referred simply for now as the ‘musical chairs’ lineup – is embracing an often-maligned term – ‘utility’.

utility / juːˈtɪlɪti / the state of being useful, profitable, or beneficial.

A double-edged sword, there are more than a few internationals floating around who we’ve come to think of as ‘utility’ players, who have failed (so far) to secure themselves within one position of their respective team/s (Reece Hodge, Reiko Ioane, Damian Willemse etc.) and are therefore featured in several roles – if only to ensure their skill set is on the field/available.

As is often the case, though, true specialists are generally preferred when it’s really crunch time. On the flip side, it is also this ‘utility’ that can see these players make more appearances, and gain more experience over other specialists, throughout a career.

Perhaps it’s a sign of the modern times, but it’s especially apparent right now, that the All Blacks have an array of backline talent, that have all developed in multiple positions, making appearances in varied roles across provincial (NPC), Super Rugby, and Test rugby.

The ‘musical chairs’ lineup is intended to make full use of these players across different variations, intending to create uncertainty within defenders, offer mis-matches in attack, or nullify those in defense. Going further, the intent is to gain the ability to change at will, making use of varied positional instincts, honed through utility experience.

When considering some of the dominant tactics/personnel that teams are utilising right now (heavy crash-ball option at 12, twin-playmakers, high-ball competition) – we can put together a combination of desired player skill-sets & attributes to best suit these ‘requisites’ of the test arena.

You’ll note I’ve emphasised the backline so far – as it is these players that will vary most often. The forward pack would take a mostly conventional shape, although there are still dynamic and unorthodox players (e.g. Akira Ioane, Ardie Savea) that can be utilised for specific roles/situations – and also create unique bench alternatives.

Front row
An area that could have several variations, I’ve opted for what I believe to be a blend of experience & youth – aiming for dynamic workrate from the outset (De Groot, Coles and Tu’ungafasi), while taking on a ‘Springbok-style’ strategy of bringing offensive set-piece specialists from the bench (Moody, Taukei’aho and Laulala).

Second row
A contentious call here, perhaps; but I’ve been super impressed with Scott Barrett’s form this year – and it makes sense to maintain his Crusaders partnership with Whitelock. I’m hopeful a healthy season ahead will see Retallick approach more form and confidence – but at the very least, bringing someone of such experience from the bench, with a game on the line… Wouldn’t be bad!

Back row
A group with over a dozen answers, depending who you ask, NZ currently has fair depth across the board in the loose trio department, as evidenced by those not in this lineup.

However, when looking at recent results, and the importance of the ruck/breakdown contest – I’ve opted for a trio of ‘work-horses’ to start, who thrive on the defensive game, while also setting a solid, narrow platform to compete/maintain possession for attack.

The loose-forward reserves (Robinson/Savea) are intended to bring a mix of unique abilities to a contest, with Robinson presenting as a hybrid flanker-lock, that can improve a struggling lineout, and maintain a high intensity to the breakdown.

I’d say most who watched SRA would agree the Blues looked far better when Robinson was on the field, and appears well-suited to test rugby – health permitting.

That ensures a solid platform remains for the introduction of someone like Savea, who should be looking to inject as much offensive carrying as possible, and roaming for absolutely any opportunity for defensive disruptions or turnovers! 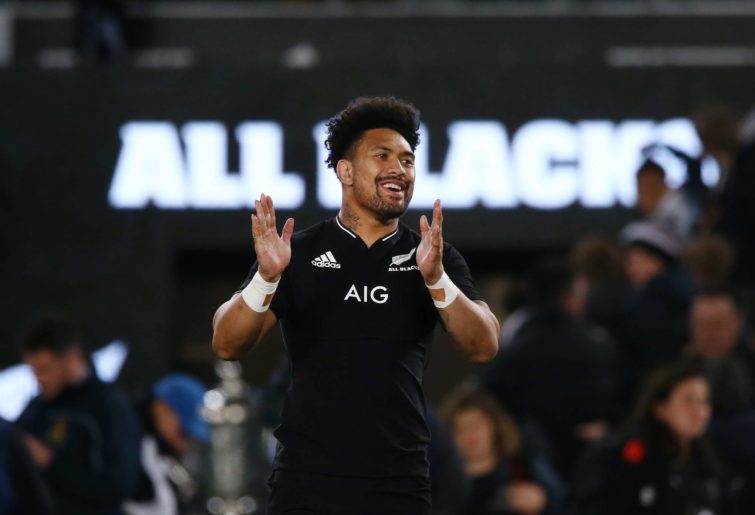 Halves
Perhaps one of the easier groups for myself to choose; I think Smith and Mo’unga have everything needed to orchestrate this game-plan. As indicated originally, when crunch-time comes, specialists are needed, particularly in these key positions (although I think Mo’unga has covered fullback in-game for the Crusaders).

Both players make their respective Super teams far more dangerous – and given a platform to work from, I would expect them to combine and shine.

At this time, Brad Weber is the next best option to play the game the All Blacks want. While Beauden Barrett made his name as a devastating flyhalf/fullback impact player, and with a wealth more experience, may still be the best man for that role, coming fresh onto the field against tiring opposition.

Centres
This is where the shirt numbers, or stated positions of this lineup become a little vague/irrelevant, as the focus of these choices is the skills each player brings. Havili brings a supporting playmaking/tactical-kicking and fullback option – and Rieko Ioane looks ready-made to roam the field to use his pace & power to exploit any holes on an outside break, in the centres or out onto one of the wings.

Outside backs
Once more, this final group was chosen less to stick rigidly to a jersey role – but rather to offer a host of dynamic abilities, to suit the test arena. Caleb Clarke offers even more power on one wing, who can be utilised as a crash-ball option as required, while also looking to capitalise on any one-on-one mismatches on the outside.

Will Jordan offers a similar predatory instinct to R.Ioane, and his elusive ability also needs to be harnessed, allowed to roam within the back trio throughout the contest.

Finally, we have the prototype – Jordie Barrett – who has shown the ability to cover a multitude of roles on the field, and a growing maturity with each season. A towering high-ball competitor in the backfield, he is the designated goal-kicker, and one of the primary exit-kick options of this lineup.

Along with the core fullback skills, Barrett’s large frame offers a unique, physical playmaker in the centres – as well as a height advantage over many wingers for the occasional isolation cross-kick. 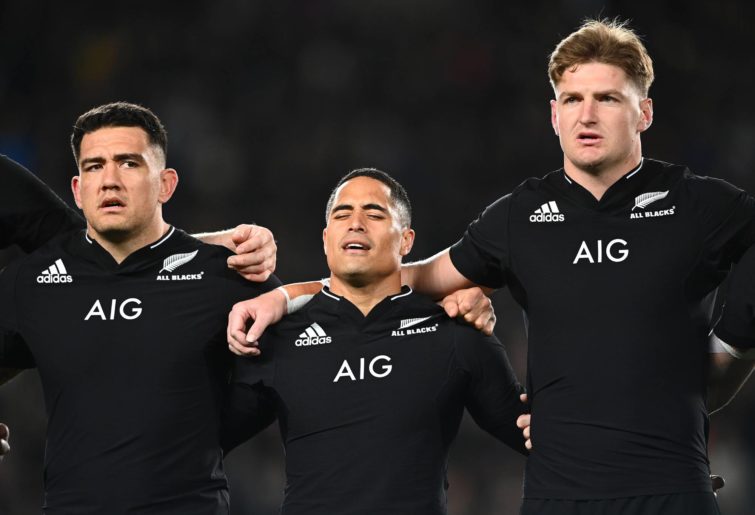 Reserves
In my opinion, the Springboks have advanced the notion that a strong/dominant scrum and line-out are crucial at the climax of any key fixture – and look to stack their bench with their ‘bomb squad’ specialists to clinch a game – or wrench it back into a struggle.

It’s arguable that the SA reserve front-rowers are even more potent set-piece specialists – compared to the starters. Much like the ‘high-ball contest’ learning curve of 2009, there’s no shame in absorbing any effective strategy into one’s arsenal, moving forward. It’s only the fools that don’t learn! With Moody, Taukei’aho and Laulala, NZ would bring their best set-piece onto the field to finish a game, rather than start.

Retallick and Robinson continue the trend of looking to set-piece platforms, to maintain/steady the line-out, and should be charged with simple instructions to move bodies at rucks, with high defensive workrate.

My chosen lineup rounds out with Savea, Weber and B.Barrett all looking to push the tempo relentlessly, once introduced. For any alternative strategies, or fitness/form preferences, there are several others also-mentioned, who could step in to the system, to offer their own unique skill-sets.

Conclusion
The ‘musical chairs’ line-up looks to maximise utility, and creativity, to present a multitude of different formations/looks to this team, that could only grow over time.

Without doubt, it would be a challenge to the player communication skills, and inter-weaving of skills/roles – albeit with the potential pay-off being an ever-changing & adaptable attacking shape, to expose and capitalise on any defensive weaknesses. Or that’s the hope, anyway!