Cristian Volpato and Josh Nisbet: Does Australian football even know what talent is?

When self-proclaimed coaching genius Jose Mourinho’s gave 18 year-old Australian Cristian Volpato a Serie A debut in early December, a further reminder of just how easy it is to misjudge a footballer was made.

Volpato is a Sydney-born attacker who spent time with both Sydney FC and Western Sydney Wanderers before heading abroad to chase his dreams. Much has been made of the Australian clubs who failed to acknowledge the talent that was so obviously right before their very eyes, yet such bumbled identification within the domestic game is common and ever more consistently being brought to our attention.

Now, an apparent struggle has emerged for the young man seemingly destined to play either for the Italian Under-19’s or the Socceroos; if Graham Arnold does what so many have called for and invites him into camp for the early 2022 World Cup Qualifiers.

The story of Volpato is a cautionary tale.

The key to producing the next wave of Socceroos and Matildas is to have shrewd and intuitive minds overseeing youth identification and development in Australia; something made rather difficult by the vast and unstructured academy system that exists currently and one that appears to be growing even more congested at a rapid rate.

Sadly, so many skilled and promising young footballers find their way into unproven, costly and questionable training environments, with the repercussions for so many of our best and brightest young talents trending more towards the negative than the positive.

Cristian Volpato appears to be a perfect case in point when it comes to unrecognised and unsupported Australian talent, yet the reasons for both Sydney FC and Western Sydney’s disinterest remain unclear.

Volpato’s natural talent with the ball at his feet and the presence he has on the pitch make his previous club’s decisions to jettison him from their structures quite baffling, yet both organisations cut him loose after having ample opportunity to see exactly what he had to offer.

What both had probably failed to acknowledge was the hunger, passion and determination within a player who has quickly surpassed the hundreds of others he played against and competed with, before getting a rare chance overseas with Roma.

While not an issue for Volpato, size continues to be one of the measuring sticks used by recruiters to justify or rule out the potential successes of a footballer trialling before them.

On Sunday afternoon, I watched another young Australian player who has been told even more directly than Volpato that a career in top flight football might well be beyond him. Central Coast Mariners attacker Josh Nisbet is five-foot-two or around 160 centimetres tall and like Volpato, has lived much of his football life attempting to prove that he is indeed worthy of a place.

After a stint with the Mariners academy, Nisbet broke into the top flight team in 2018 and despite drawing immediate attention thanks to his rather diminutive stature, the midfielder impressed from day one.

That level of impression has only grown over the past two seasons and with 42 A-League Men appearances now under his belt, his selection in Nick Montgomery’s first XI is almost a no-brainer.

With Oliver Bozanic pulling the strings in central midfield, Nisbet played a telling role in the Mariners’ 2-0 dismantling of Sydney FC on Sunday afternoon. He was decisive, dangerous and incisive in his runs forward, proficient with the ball and tireless in his pressing that, supported by those around him, had the Sky Blues completely and utterly off balance and bereft of ideas throughout the entire first half.

Alongside the five-foot-ten Cy Goddard, Nisbet impressed once again for the Mariners and must now have all those coaches, recruiters and scouts who had passed on him as a player over the years wondering whether they should perhaps re-think the criteria they use to assess players. 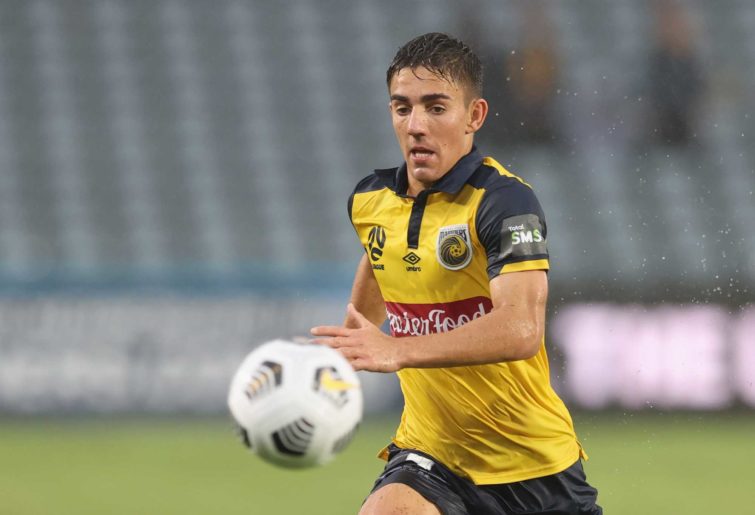 Joshua Nisbet of the Mariners (Photo by Ashley Feder/Getty Images)

Josh Nisbet may well never have played in the A-League Men’s. Like many before him, there was something lacking that the tick-a-box nature of football recruitment struggled to look past. Similarly, Cristian Volpato did not have exactly what Sydney FC and Western Sydney were after, with one of Australia’s best young talents now potentially lost thanks to very, very poor identification of talent.

It happens far too often in this country and the modern trend to see players in cookie-cutter shapes is doing nothing but hurting football development in both the Australian men’s and women’s games.

There is more than one way to skin a cat and both Cristian Volpato and Josh Nisbet’s paths to professional football prove that in spades. Goodness knows how many other players have slipped into oblivion after having been passed on by those holding the clipboards.

Let’s hope those with the careers of young footballers in their hands learn to see beyond the obvious and identify something far more sustainable. Such an approach could well produce the next great Australian international player, as well as a swathe of domestic players whose determination far outweighs their supposed physical limitations.