What a fantastic win it was for India in the first Test against South Africa in Centurion.

The Indian bowling juggernaut added another feather to its cap, enabling them to win at SuperSport Park – a feat not accomplished by any Asian team before.

Given that, it is scarcely believable to think that India is yet to lose a test match at The Wanderers, the fastest and bounciest pitch in South Africa and the venue for the second Test.

Except for the 2013 Test when South Africa very nearly pulled off a fourth-innings heist, India has never even come close to losing a Test in Johannesburg. I don’t think South Africa will be able to breach the Indian fortress that is right in the middle of this proud sporting nation this time around, either; such is the record that the visitors have in the Highveld.

The last time these two teams met at The Wanderers in early 2018, they faced a dicey pitch, which was close to being deemed unfit for play. It had uneven bounce from a good length, and some balls reared up to hit the batters brutally.

However, better sense prevailed, and the match was allowed to be completed, with India winning by 63 runs. The latest reports suggest that another green and bouncy track awaits the teams for this upcoming Test. I think the curator has prepared the pitch to help achieve a low-scoring contest that gives the weaker South African team a chance to stay in the game.

What will the Indians look to change from the first Test? It’s easy to see that the hundred-run opening partnership in the first innings between KL Rahul and Mayank Agarwal was the difference between the two teams. However, given the struggles of the rest of the line-up, Virat Kohli might want to reinforce the batting unit with more in-form players.

Cheteshwar Pujara looks utterly out of touch and unable to score runs in these kinds of wickets. I would start by replacing him with the impressive Shreyas Iyer, and letting Ajinkya Rahane stay on for another Test match. Rahane looked far more assured, though he played a chancy innings in the second outing. 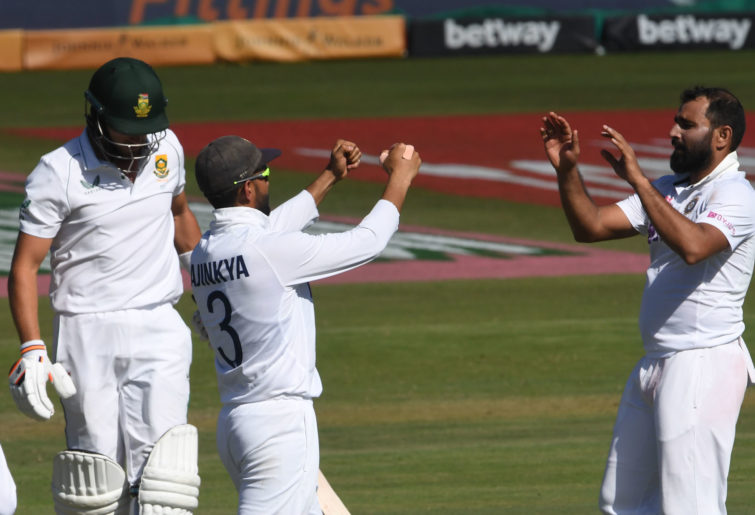 Additionally, one would hope that Kohli tightens his game outside the off stump and stays longer at the crease. We know that the cover drive is a big run-scoring option for him, but can only hope that he tries to get closer to the ball before unleashing his hands.

Considering the seam and pace on offer at the Wanderers, a slow medium-pacer like Shardul Thakur might be redundant. Apart from being ineffective on a hard and bouncy wicket, Thakur has a high economy rate of 3.46 across his five career Tests.

I would opt for a quick like Umesh Yadav or Ishant Sharma, who can help tighten the noose around the South Africans. Kohli should look to gamble on the side of shutting out the Proteas, rather than giving them a scoring lifeline on this wicket.

I would go with four fast bowlers – Jasprit Bumrah, Mohammed Shami, Mohammed Siraj and Sharma – with Ravichandran Ashwin as the spin-bowling option batting at seven.

As for South Africa, their bowling lacked discipline on the first day of the Centurion Test. However, they were on the money from the next playing day and dismissed the Indians for cheap scores in both innings.

They will be looking to take confidence from this performance and repeat it at the Wanderers. I expect them to replace Keshav Maharaj, the spinner, and play an extra seamer in Duanne Olivier. A bowling attack of Kagiso Rabada, Lungi Ngidi, Olivier, Marco Jansen and Wiaan Mulder will be tough for the Indian batters.

Unlike their bowlers, the South African batters do not have enough class in their line-up. The loss of Quinton De Kock to Test retirement will add more misery to the already feeble group.

However, Dean Elgar and Tenba Bavuma looked in good shape during the first Test, and youngsters like Keegan Petersen and Rassie Van Der Dussen seem to possess the technique needed to face up to these Indian quicks. Elgar will look for opening partner Aiden Markram to find his feet and score runs at the top of their innings.

South Africa can take heart because their batting unit managed to score more runs than the Indian team did in the second innings. The South Africans can ignore India’s first-day score of 3-273, which lost them the match, as an aberration and look at how the world number 1 can be beaten if they don’t allow such bad days with the ball.