Transfer rumours: Liverpool’s form without Mane and Salah demands recruits, Ronaldo sends out mixed messages and will anyone take a punt on Aubameyang?

Liverpool’s struggles against Arsenal’s ten men for over an hour on Thursday evening said all that needs to be said about the concerns around Jurgen Klopp’s team when their big stars are unavailable.

With Mohamed Salah and Sadio Mane absent on African Cup of Nations duty, the Reds struggled immensely and eventually failed to find the back of the net, despite enjoying 77 per cent of possession and mustering 17 shots on the Gunners’ goal.

Thus, regeneration for the future needs to occur and as the contract situation between Salah and the club continues, should a deal not eventually be struck, the repercussions could be diabolical for a team depending too heavily on the brilliant Egyptian star.

Both Mane and Salah are just 29, with plenty of football ahead. However, fans are well within their rights to ask where the next wave of attacking Liverpool threats are, with Roberto Firmino forced to pay a stop-gap role at the arrow head of the attack and its effectiveness seriously questionable.

While the club will no doubt invest when the time is right, any decision other than resigning Salah for the wages he demands would be utter madness and a host of clubs across Europe would be more than happy to take him on should the Reds display such stupidity.

Juventus’ interest in Pierre-Emerick Aubameyang appears to be growing, with the long-term injury to Federico Chiesa fuelling it and Arsenal seemingly more than happy to let the Gabon international depart as soon as possible.

It would be something of a sad end for the 32-year-old, yet also one that he has brought on himself in many ways.

Newcastle United, after two key signings early in the transfer window, continue to await a response from Sevilla in regards to their interest in Diego Carlos.

Leicester manager Brendan Rodgers has hinted that Youri Tielemans may well be seeking greener pastures elsewhere, unable to guarantee that the 24-year-old Belgian will be at the club for the short-term future.

Arsenal appear to be the keenest pursuer of Tielemans with plenty of money available to spend, should the rumours of other departures come to fruition.

West Ham are reportedly keen to make an offer for Palmeiras midfielder Danilo, with Arsenal also interested in the Brazilian and some serious numbers being bandied about in discussions.

However, any deal may have to wait until the summer, with Danilo’s home club not open to the idea of seeing one of their best head to the Premier League just yet.

In an interesting development after the departure of Lucas Digne to Aston Villa, Anwar El Ghazi has departed the Birmingham club and joined Everton on loan until the end of the current season.

Digne has publicly stated that his decision to join Villa was one mostly motivated by the new manager Steven Gerrard and El Ghazi moves the other way, stating categorically that in his opinion the Toffees should be much higher on the ladder with the talent they have at the club. Talk about a game of opinions!

Brentford appear interested in Ukrainian under-21 international Mykhaylo Mudryk and are keen to add to their attacking stocks by luring the winger from Donetsk during the current window.

Mid-table in the 2021-22 season, such a move could be a positive one for a club looking to build a squad that allows them to become a mainstay in the Premier League.

Georginio Wijnaldum’s future appears to be growing clearer, with a return to the Premier League looking ever more likely should his disappointing time at PSG continue.

There appears to be a growing sadness in the 31-year-old Dutchman and should he be thrown a lifeline by an enthusiastic top-tier English club, it appears he would be keen to jump at the opportunity.

Of course, the terms of the deal would have to be right for Paris, yet when a player is struggling mentally, his eagerness to depart and his parent club’s willingness to cut losses where possible usually sees a deal done when a suitable buyer emerges. 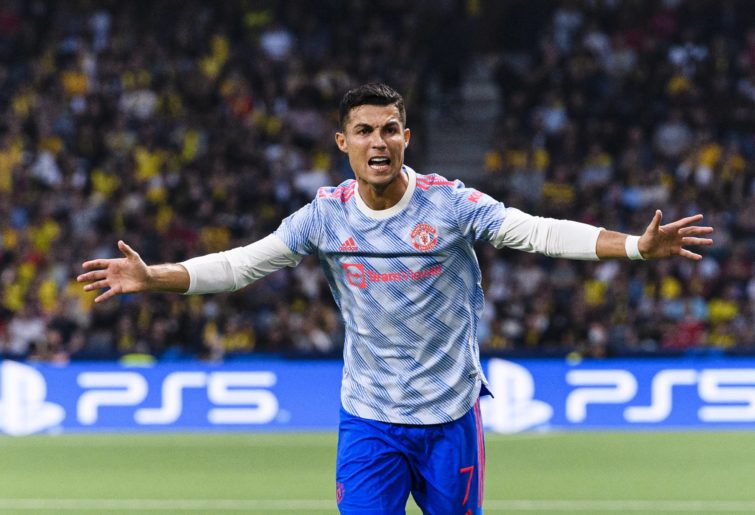 After stating clearly that he is a winner and not at Old Trafford to be finishing anything other than somewhere near the top of the Premier League ladder, he also added during a recent interview that he is happy at Manchester United.

Those two sentiments do not add up and as the Red Devils sit perilously close to becoming a true mid-table club, his future in red looks decidedly questionable.

With just a handful of competitive years left in his ageing legs, completing those at an uncompetitive club appears an unlikely scenario for one of the world’s greatest footballers, as he begins his final few seasons of club play.

Each and every day, the biggest clubs in Europe keep moving and shaking their way towards better and more balanced squads and there is plenty more action to come in the second half of January.

Be sure to stick with The Roar for all the rumours and deals as the European winter transfer window continues.