“When I came to Newcastle in 2012, I was really embraced by the town, by the people by the players … I really felt like this was home,” Gagai told the Knights HQ podcast.

“I always knew I would move back. It’s good, we got to move back into our house. I’ve got two little boys now and they are absolutely loving it here.”

He has been impressed with what he has seen so far from coach Adam O’Brien.

“He is very passionate about this team, and he is very honest. That is something that is very important to me. He’s got that straight down the line, tell you how it is, and the leaves it up to you to make sure you do all the right things.”

Having felt the lows the last time he wore the red and blue, Gagai wants nothing more than to do his part to help the Knights be successful this time round.

“I left on three wooden spoons, and I’ve gone on to play in a Grand Final.

“I know what that feeling is like and I want that feeling for these boys here. We’ve got the team to do it now, and to re-write what I left on.

“These boys have done an unreal job, and I’m just going to come in and do everything I can to try and help this team win a premiership.” 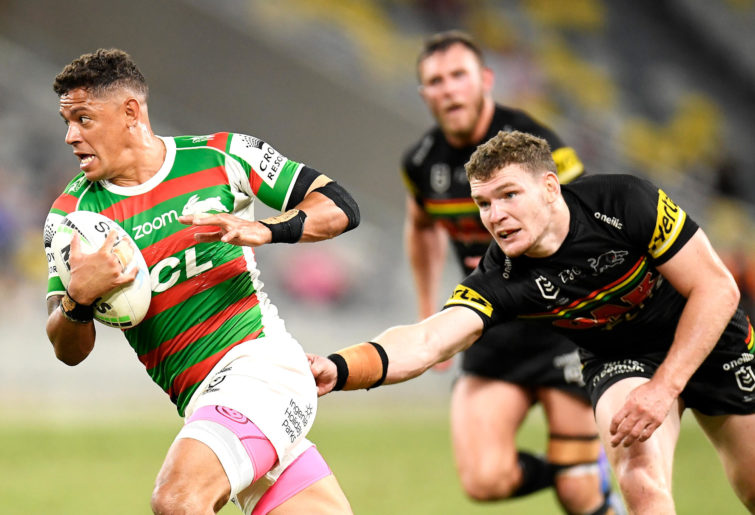 Gagai also spoke about recently having his tonsils removed, and that he used to suffer so badly with them, he once almost missed an Origin.

“I had tonsillitis when I was about 10 years old, and my tonsils would flare up every year.

“When I got them taken out, I spoke to the surgeon and he said, ‘I couldn’t believe you’ve been doing this for so long.’

“He said ‘when I cut them open, they were full of puss’ and I was thinking that had been for a couple of weeks or months, but he said it was ’15 years to 20 years (of build-up).

“It was a trigger so whenever I was feeling run down my immune system would trigger them off and release into my bloodstream and I would get super crook.

“I was actually in hospital on a drip in the lead-up to Origin, so I had to try and get ready in seven days and get my body right.”

Someone who might have passed Gagai travelling on the F3 is new Melbourne Storm recruit Josh King.

King left Newcastle after six seasons with the club. He came highly recommended by former Knights player Tim Glasby, who is now part of the Storm recruitment staff.

“Tim had a close up look at Josh as a teammate and liked what he saw,” Storm General Manager of Football Frank Ponissi said.

“He’s a hard worker, committed to improving his game and as a middle forward, we expect that his best years are still to come.”

King told Storm media: “I definitely feel like I’m fitting in really well. I get along with the boys, I’m really enjoying my time here so far, I’m loving the footy. Yeah, I’m really happy.”

The Sydney Roosters retain the title of World Club champions once again by default. With another year passing and no World Club Challenge game being played due to Covid, the Roosters get to hold onto the trophy for at least another season.

This year’s match should have been between NRL premiers the Penrith Panthers, and English Super League victors St Helens. There were apparently many attempts by St Helens to have the match go ahead. The game is usually held in England, and the Saints were even willing to come to Australia to play it.

There was the possibility of the English premiers coming out last November, and Penrith CEO Brian Fletcher said the Panthers would be happy to play host, but it is claimed St Helens never heard from Fletcher, despite reaching out to him on numerous occasions to try and organise the game.

Cowboys’ half back Scott Drinkwater and his brother Josh have announced their desire to represent Germany in the 2025 Rugby League World Cup to be held in France.

Josh currently plays for the Catalan Dragons in the English Super League, and the brothers are doing all they can to help Germany qualify for the cup.

Speaking with ‘Total Rugby League’, Josh explained; “My grandad is German, he moved to Australia during the war, so we’ve got full heritage to be part of a national side”.

“I’m very lucky to have that dual citizenship and the German passport has been a real help while playing here in Europe.”

Australian playmaker Mitchell Pearce says the prospect of a new challenge in a new environment lay behind his move to Super League in the south of France, reports the Press Association.

The 32-year-old scrum-half, who played over 300 NRL games and made 19 State of Origin appearances, has been signed by Catalans Dragons to plug the gap created by the retirement of fellow Aussie James Maloney.

Pearce has previously said his break-up with former professional dancer Kristin Scott led to the “worst year of my life”.

The timing was right when Dragons coach Steve McNamara, who worked with Pearce at Sydney Roosters, offered him a two-year deal and he subsequently obtained a release from the last year of his contract with Newcastle. 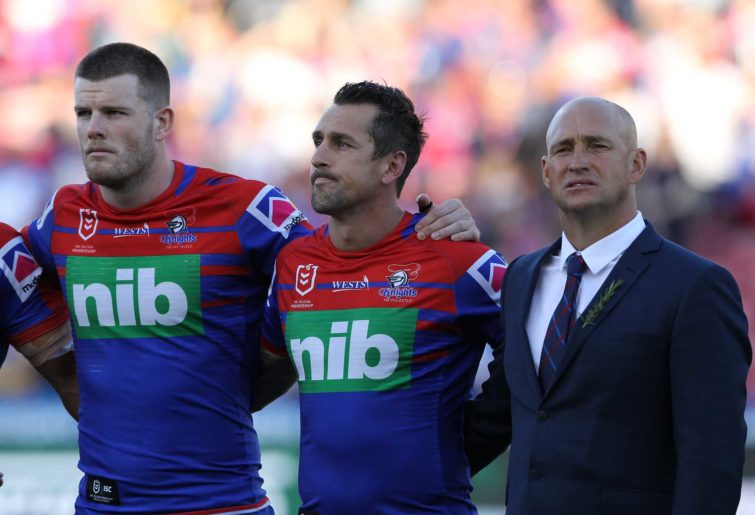 “I had a break up last year with my ex-fiancee, so it was a bit of a tough year and that was one reason,” Pearce said at his first press conference as a Catalans player on Thursday.

“It was something different when Steve and the club approached me. It opened my curiosity. Something was stimulating me about coming overseas.

“I had one more season at Newcastle but the opportunity to come over here for a couple of years presented a new challenge, a new environment and a chance to get out of the same bubble that I’d been in for a long time in the NRL.

“Something inside me was stimulated by that. I can’t exactly explain it but the more I dived into it, it felt right and, since coming over here, I’m really grateful I’ve taken it.

“It’s been a breath of fresh air and I’m really motivated for the next couple of years. I couldn’t feel more comfortable.”

The Perpignan club made history in 2021 by lifting the league leaders’ shield and reaching a maiden grand final but he says there is a burning desire to go one step further after losing to St Helens at Old Trafford.

“Since I got here, I can see how hungry the boys are after losing last year,” he said.

“They were honoured to make the grand final but you can see how much hunger there is to go that one step further.

The Catalans open their league campaign at Saints in a rematch of the grand final on Thursday, February 10, and warm up for it with a trial match against Super League new boys Toulouse at Stade Gilbert Brutus on Saturday.

“I’ve loved the training,” Pearce added. “It’s a really professional club and a great bunch of blokes. They are a really close group, I picked up on that since I walked through the door.

“The boys have worked really hard and everyone is ready to get out there and get our first trial run this weekend.”

PA reports the 51-year-old former Papua New Guinea international was set to return home after his three-year tenure as Wigan head coach came to an end at the culmination of last season.

However, he was persuaded to stay in England by Centurions’ new head of rugby Chris Chester, tasked with getting the club back into the Super League following relegation in 2021.

“I’d made the decision halfway through the year to go back to Australia but things change, the World Cup changed,” Lam said at his first press conference on Thursday ahead of Sunday’s opening Championship match against Whitehaven.

“The original intention was to finish off at Wigan and then go into the World Cup and then head back to Australia with a potential role in the NRL.

“When that all changed, I was heading back when Chris Chester rang me about staying here for 12 more months leading into the World Cup and I thought maybe I could do that.

“I was really excited from my conversations with the club and I’ve enjoyed every moment of my time here.

“It won’t have any impact at all on my role with the Kangaroos. I’m in communication with Mal Meninga and the staff on a continuous basis through Zoom.

“They’re relying on me, I guess, on having some answers to the COVID situation over here and the protocols on and off the field. And I guess I’m going to be finding exact places to train.

“I’m really looking forward to that. I am in a really good place at the moment and excited at being a part of this club.”