Raising the Barr: Why the A-League is such a culture shock for NPL champions

It had been a long time coming when Lachlan Barr stepped out on the hallowed turf at Coopers Stadium last Friday night.

Barr is possibly the best NPL-level centre back in Australia. He is calm and collected on the ball and has the ability to read the play ahead of him, and his aerial presence in both boxes is well known.

He’s had stints in Germany and England but is more known for his time in the South Australia NPL.

In 2021 Barr was named Adelaide City’s club champion, player’s player of the year and also the man of the match on grand final day in City’s penalty shootout win against the Adelaide Comets.

Barr finished off a great season by coming third in the Sergio Melta, NPL SA’s player of the season award.

There’s been a lot of A-League interest in Lachlan Barr for the past few seasons – he ticks all the boxes as a centre back – but A-League clubs have been reluctant to move for him.

Adelaide United signed Barr as an injury replacement for the rest of the season. It was a signing nine years in the making – Barr was a United youth team player in 2013.

His performance against Sydney yet again proved that transitioning from the NPL to the A-League can often be a culture shock.

The normally reliably Barr struggled with his passing range – for a player who normally makes these passes with his eyes closed in the NPL, many were under or over hit.

Positioning, which is a strong point of his game, seemed to go out the window. His more experienced partner, Michael Jakobsen, spent as much time fixated on Barr’s positioning as he did on Sydney’s attackers.

While Javi Lopez wears some blame in relation to Elvis Kamsoba’s opening goal by not getting back into position, Barr was also guilty.

Kamsoba accelerated at pace and looked to shape for a shot on his left foot, which turned Barr inside out. The Sydney winger then moved the ball on his right foot and hit a low struck shot that went through the recovering Barr and past an unsighted Joe Gauci’s near post.

Barr also was caught out of position for the matchwinner struck by Bobo. Sydney were able to move the ball around quickly at the top of Adelaide’s 18-yard box and get the ball out to their left side, where a simple pass was played into Bobo, who couldn’t miss even despite Jakobsen’s late lunge.

Barr seemed to follow the ball, and he moved out of his defensive line as the ball was played to Sydney left. He had a glancing look back at the player he should’ve been marking, almost as if he then realised he was several yards ahead of where he should’ve been. 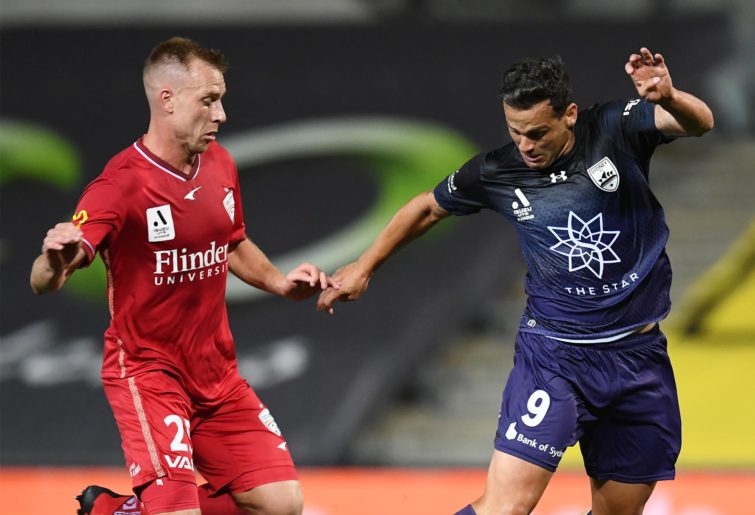 It was a debut to forget, and Barr will more than likely head back to the bench after this performance. Barr is strong enough to mentally recover from this performance, but having toiled away in the NPL for all those years for a debut like this will hurt.

Going from the NPL to the A-League is an incredibly tough thing to do. Players like Andy Pengelly, Travis Major and Marco Jankovic have dominated their state NPL competitions for years but have struggled to convince A-League clubs to sign them.

Many players who look like Ferraris in the NPL end up looking like battered Datsuns once they start training and trialling with A-League clubs.

It’s a massive step up going from a semi-professional competition to a full-time professional league. Infrastructure, training and recovery are just a few things NPL players struggle with.

A lot of the time it’s just too far to climb, no matter how talented you are.