Is this the best Samoan rugby league team of all time?

In this series, I’ll name what I think are the greatest teams of all time from some of our Pacific rim neighbours.

Today, the focus is on Samoa, and the only criterion for selection is that the selected player must have appeared in at least one Test for Toa Samoa.

Here’s the team. Appearances for Samoa are in brackets.

1. Anthony Milford (seven)
He is an explosive attacking player who, at his best, can tear any defence to shreds, and is one of the best broken field runners in the game. He has played over 190 first-grade games and two Origins for Queensland.

2. Francis Meli (eight)
He was a big, powerful winger who is very hard to stop near the line. Meli played over 350 first-grade games, scoring 219 tries. He represented Samoa in both the 2000 and 2008 World Cups, won three back-to-back Challenge Cup finals with St Helens, played 14 Tests for NZ, and scored five tries in the Warriors’ victory over the Bulldogs in the 2003 qualifying final.

4. Va’aiga Tuigamala (two)
He was a destructive ball runner who delighted in running over the top of opponents wherever possible. He won two Challenge Cup finals with Wigan and represented both Samoa and New Zealand at rugby union World Cups.

5. Krisnan Inu (one)
He is a powerful outside back and great goal kicker who has, to date, played 247 first-grade games and six Tests for NZ, and was named in the 2020 Super League Dream Team.

6. Jarome Luai (five)
He is only in the early days of his career but is one of the best five-eighths in the game, who can challenge even the best defence. He has played 65 first-grade games, won a premiership in 2021 and has also played two Origin games for NSW. 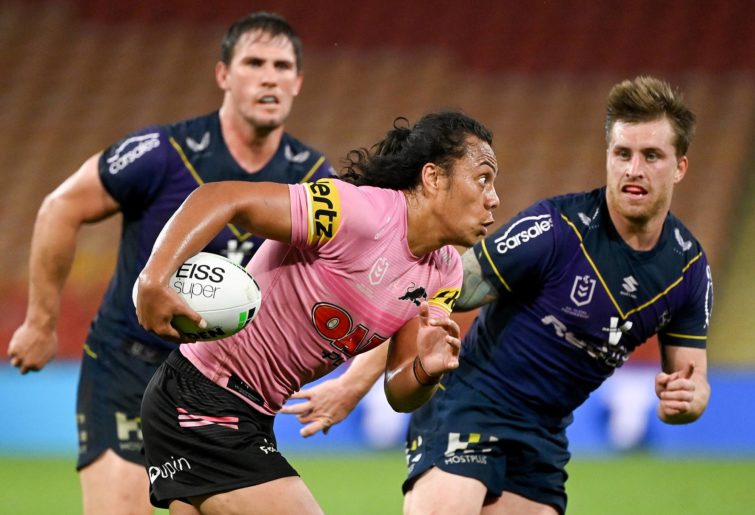 7. Ben Roberts (15)
Roberts has scored the most points for Samoa with 36 and represented them at three World Cups and one Four Nations tournament. He’s played 236 first-grade games and five Tests for NZ.

8. Josh Papalii (four)
Currently one of the best front rowers in the game, Papalii represented Samoa in the 2017 World Cup. He’s played 237 first-grade games to date as well as being a regular selection for both Queensland and Australia.

9. Monty Betham (four)
He was a tough and versatile forward and hard man who successfully tried his hand at boxing after his rugby league career, winning titles in both Samoa and NZ. He also represented NZ on nine occasions.

10. Roy Asotasi – captain (one)
An imposing figure and a natural leader, Asotasi captained Samoa in their first ever Test match and has also captained both NZ and South Sydney. He played a total of 275 first-grade games, won a premiership with the Bulldogs in 2004, and also played 24 Tests for NZ.

11. Ali Lauiti’iti (seven)
He was a huge player who combined power running with excellent ball skills and was always a threat to the defence. He played 409 first-grade games, primarily in England, over his 17-year career and also represented NZ 19 times. He won five Super League grand finals and one Challenge Cup during his time with Leeds.

12. Frank Pritchard (eight)
He was another big, powerful forward who was a wrecking ball when playing at his best. He played over 280 first-grade games, was a Challenge Cup Final winner with Hull in 2016 and also played 27 Tests for NZ. 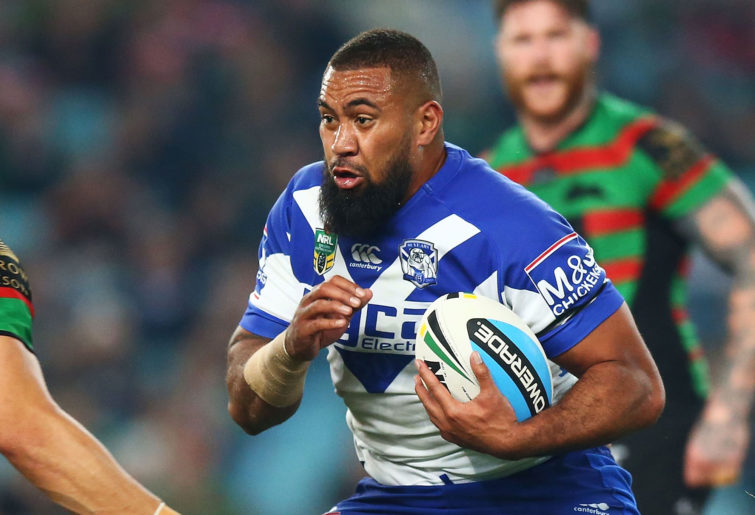 13. Isaac Liu (five)
He is a hard working middle forward who has played over 200 first-grade games to date and won two premierships with the Roosters. He also represented NZ on eight occasions.

15. Iosia Soliola (four)
Talented and tough, Soliola was always a threat to the opposition either in attack or defence. He represented Samoa in the 2013 World Cup, played over 330 games in the top grade as well as 12 Tests for NZ.

16. Leeson Ah Mau (16)
He holds the record for most appearances for Samoa, playing virtually every game between 2013 and 2017. A hard-grafting player, Ah Mau played over 220 games at the top level and also represented NZ nine times.

17. Junior Paulo (nine)
Currently one of the best front rowers in the game and an automatic selection in the NSW Origin team for the last two years, Paulo has played 177 first grade games to date and represented Samoa in the 2017 World Cup.

There’s a lot to like about this side. They have a strong spine that should be able to work well off the back of the huge and talented forward pack and have plenty of point-scoring ability out wide.

So what do you think? Are there any players unlucky not to make the team? How would this team go?