Aaron Mauger doesn’t really know how he came to be standing atop the chair in the coaches’ box in the mad moments after flying replacement back Danny Toala had scored the match-winner in Moana Pasifika’s 24-19 golden point win over the Hurricanes at Mt Smart Stadium in Auckland.

In fact, he only realised he was up there when someone began hugging his legs.

“The excitement took over,” Mauger told The Roar Sports podcast.

“[Assistant coach] Dale [MacLeod] was hugging my legs. Not sure if it was out of excitement or he was trying to protect me from falling off!”

Moana Pasifika’s first win in the Super Rugby Pacific competition was as joyous as it was unexpected. The week before they’d lost 59-12 to the Chiefs. Covid-19 had stuffed their preparation. The squad only met in person three weeks before their first pre-season game.

This season four of their games have been cancelled and stuffed back into a tight schedule. They’ve played six games in 23 days.

Mauger, a 45-Test All Black and four-time Super Rugby champion with the Crusaders, describes these things, in the way of the coach, as “challenges”. But lest you think he’s all platitudes and coach-speak, Mauger added that beating the Hurricanes was a “one of the best moment I’ve had in the game”.

“It was a hugely proud moment … I’ve been a part of some big occasions – Test match footy, Super Rugby titles but this … I remember seeing [All Blacks legend] Sir Bryan Williams, and the smile on his face, he was just beaming.

“People like that who carved the path for this team, to see him with a tear in his eye – it was a pretty awesome moment,” Mauger said.

Like everyone in the Pasifika squad, players and coaches, Mauger sees himself as more than a member of a professional rugby squad. He talks of the inspiration of elders – Williams, the legendary All Blacks and Auckland flanker Michael Jones. And not just famous rugby players. But family. Ancestors.

“My own grandmother, she got adopted into another part of her family in Tonga. She never saw her birth parents again. She got on the boat to come to New Zealand as a 19-year-old, to explore the world, to create opportunities. It takes courage to do that, resilience.

“She’s one of the most special people I’ve ever met, if not the most. She’s certainly taught my family a lot,” Mauger said.

The squad often shares similar narratives. Mauger said that all have a relative or significant other who’s carved a path. He said that the squad feels “privileged” to offer a similar example to young people in the Pacific today.

Mauger uses the term “family” to describe his squad. In not atypical Islander folk fashion, it’s a big one.

Moana have used 46 players in eight games this season; 30 of them Super Rugby debutants. There are players who’ve only played a handful of NPC games. There are some who’ve never played in that third tier at all.

Some of the players – and there are shades of the ’96 Brumbies in this – were not picked in the academies of competitive New Zealand provinces. Mauger said “there were some scars there” among the discards.

Overall, though, Mauger is a positive man. Indeed, he comes across a little Svengali. On using 46 players he said it’s improved their pool. On not being able to play he said it allowed them to spend time together. He said winning one game in eight rounds in the tough New Zealand conference had been “enjoyable”.

And he said his squad knows where rugby sits in the greater schema.

“I love coaching these boys,” Mauger said. “It’s like a family. Our cultural roots really help that.

“We connect with prayer and sing some songs in the morning. We’re more than just a rugby team.

“The game is really important for us, a vehicle for everyone to express themselves and grow. But it’s just part of our lives and everyone has context on that.

“Not to say we aren’t very competitive and trying to win. But we have perspective about where the game sits and how we enjoy it.” 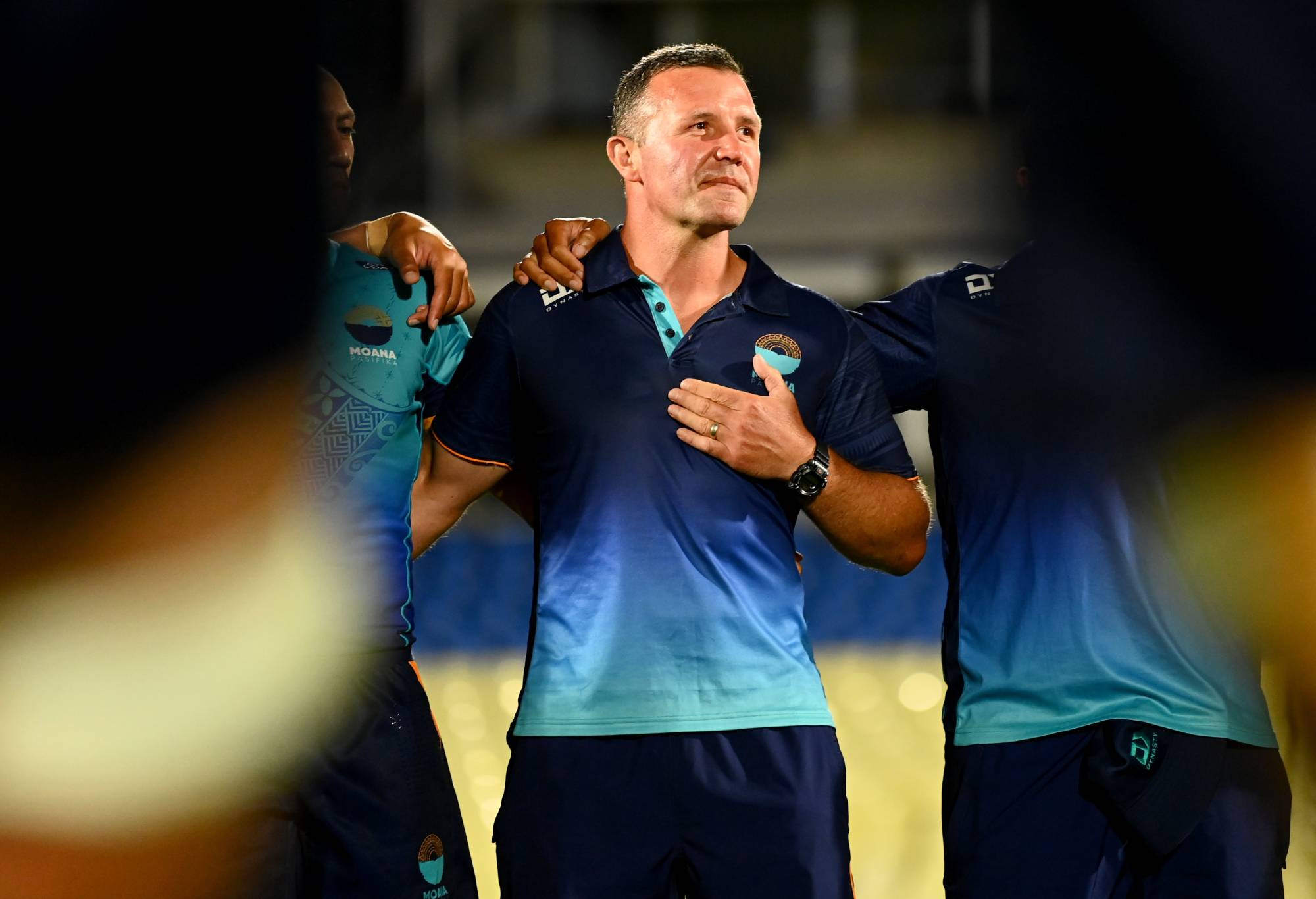 Moana face Melbourne Rebels on Saturday night at AAMI Park feeling refreshed after their game against Western Force was called off because of Covid-19. The Rebels, meanwhile, were flogged 42-17 by the Crusaders.

Asked if his team was confident going into the fixture Mauger said “the power of humility is a strength”, that his squad has “critical anchors” and that “the Rebels are a good side and the heart they showed against the Crusaders … they really scrapped.”

Of his own team’s game plan, he said it wouldn’t differ much from that employed every game. They will attack.

“People talk about earning the right to go wide. Our guys, if they’ve got the space and they can back their skills to get it there, that’s the best opportunity.

“What that does is spreads a team out and makes up the middle a little bit easier. It’s a big philosophy of ours,” Mauger said.

The other big philosophy is their connection to their communities and each other.

“We are focussed heavily on rugby but also relationships with each other and our key stakeholders and our community – helping them feel connected to our journey,” he says.

“I think they’re feeling it. The commitment levels have been outstanding.

“We’re getting better every day. We have five million coaches in New Zealand. Everybody is a critic but we are lucky to have this level of support.”

Western Force have kept their Super Rugby Pacific finals hopes alive after snapping their losing streak with a key 48-28 win over Moana Pasifika.… 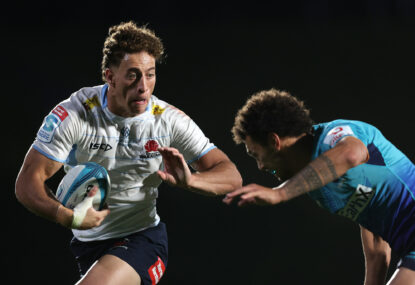 Sekope Kepu played in 141 games for the Waratahs, including their greatest triumph at Super Rugby level, so you can expect him to carry… 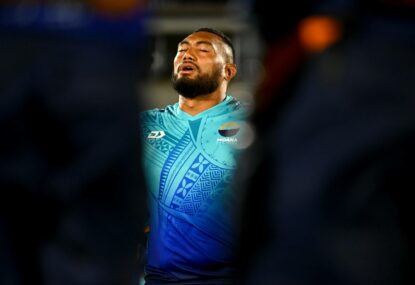 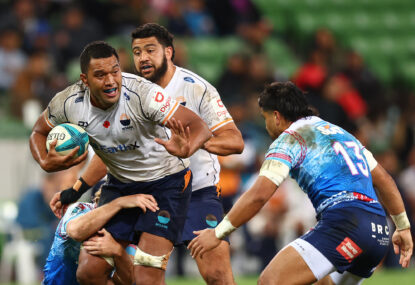