Will Sydney FC sneak into the A-League Men finals?

Steve Corica’s Sky Blues might be teetering on the edge of finals oblivion, but it doesn’t mean the super coach hasn’t practised his acceptance speech yet.

Clearly, Sydney FC are still in with a chance, as the race to A-League Men glory heats up.

Somewhere south of the boarder, Ante Milicic was probably grabbing his passport. The Macarthur manager narrowly missed out on challenging for the championship.

Having made public his intention to coach in Croatia, the Bulls’ mentor seemed to have lost some of his gleam recently, which might have affected team morale.

Currently five A-League Men teams are locked in to compete for silverware. One spot remains, being contested by two clubs, each from separate nations.

The question is: are you a Wellington or Sydney FC supporter? 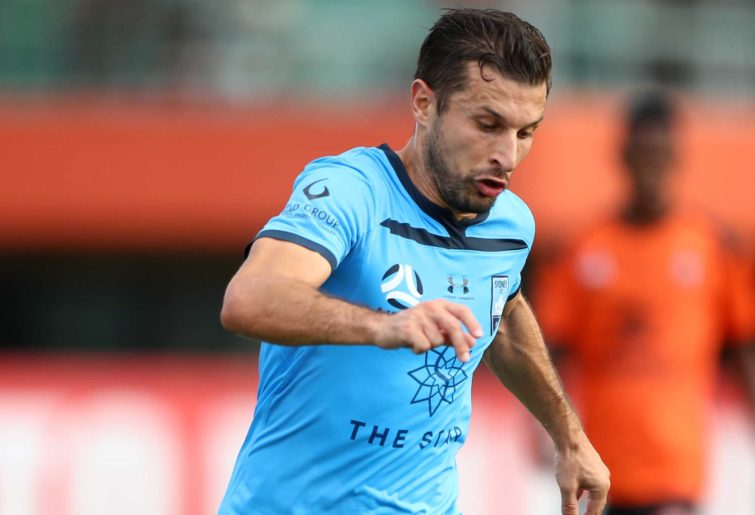 Mathematically, if the Phoenix choke in their final two matches then the Sky Blues have a chance, provided they win against the Victory and Roar.

Although it is Melbourne’s final game of the regular season, so Tony Popovic’s men would dearly enjoy conquering another Big Blue, and trying to take the premier’s plate.

If Steve Corica’s team fails, however, it means no Sydney club will be represented in the top half of the table.

How this could affect streaming metrics is yet to be seen. It can only be assumed Channel 10 will not be thrilled.

Potentially, Australia’s most populated city will miss being showcased on football’s biggest stage. Does this finally mean an end to the infamous east coast bias?

Or will Sydney’s luck continue, equating to a larger number of Paramount subscribers being pleased?

Such is the conspiracy theory behind the metropolis narrative, where heaven and earth are moved to suit bigger clubs.

Keep in mind, for such a grand occasion to occur, Wellington would have to lose to Western Sydney and Melbourne City, which is still perfectly viable.

Call them underachievers, but the Wanderers have only lost one match during their last five appearances.

With Sydney FC striker Bobo announcing his retirement at the end of the season, a fairytale finish for the Brazilian writes itself nicely into the history books.

The audacity of success follows Sydney FC like an expensive perfume.

Don’t be surprised if they bounce forward.