NRL Round 9 talking points: More blowouts, but fun ones

Another send-off, another Melbourne carnival act and a key win for Parramatta. A bit to get through for NRL Round 9 – here come your talking points.

Will Kennedy deserved to be sent off, but so did Jesse Ramien

Cronulla fullback Will Kennedy needed to take a seat for his high shot on New Zealand’s Reece Walsh, and I’d argue Sharks centre Jesse Ramien needed the same treatment for his high shoulder on Euan Aitken.

I’m not going to back over this whole send-off thing for two weeks in a row but I will say three things – it doesn’t matter there’s no injury from the act of foul play, Channel Nine’s commentary team seem to have learnt their lesson from last week’s hysterics, and it’s good to see NRL referees take stronger actions to punish foul play.

What a game on Friday night. We all wondered how Penrith and Parramatta would possibly top the 6pm barnburner put on by the Raiders and Bulldogs (yes, this is sarcasm) but the teams from the west delivered and then some.

Parra threw everything they had at the Panthers and hung tough as Penrith played their last ten minutes at a withering intensity which would have overwhelmed most.

Dylan Brown was immense at five-eighth where he should have been playing all along, Mitch Moses did his job, I’d love to have Clint Gutherson at my club and Parramatta’s entire forward pack put in massive shifts, one of the only ways you can keep Penrith off-balance. Not everyone can do it but the Eels have the talent in Junio Paulo, Ryan Matterson, Isaiah Papali’i and Reagan Campbell-Gillard who can make that huge impact.

That’s now Melbourne and Penrith the Eels have beaten and at their own homes, too. The Eels are fourth with a very winnable month ahead featuring Canberra, Canterbury and Manly. 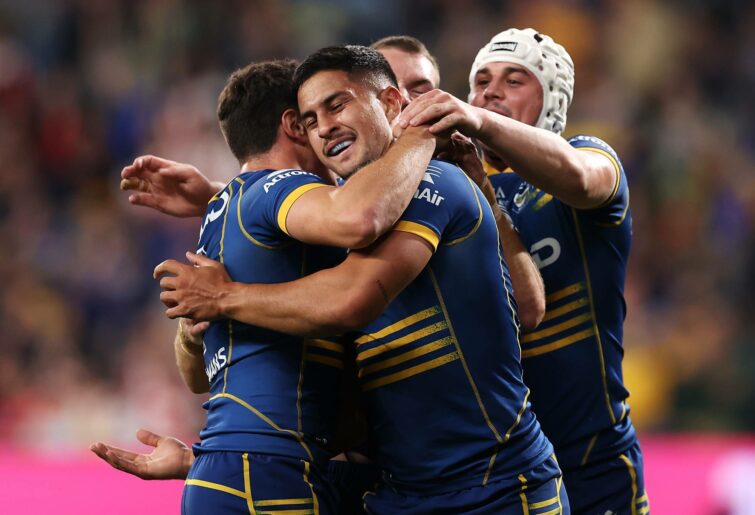 As for Penrith, one loss is hardly the end of everything. Let’s keep some common sense to mind as the premiers approach the State of Origin period. Don’t be that person who writes off a great team too early, because there’s a bit of that around.

Oh, and one last thing – while the Eels might cop a fine for their trainer running across the field, it had no effect on Nathan Cleary missing a conversion. It’s times like this I miss Tim Gore the most…

No one cuts your team apart quite like the Melbourne Storm

Many times an opposition supporter watches their team playing the Storm with a sense their mob is in the fight.

Indeed, often teams come away from a match against Melbourne thinking you played okay and sometimes stats for tackles, completions, metres gained and all that might match up pretty well.

But for all that, when you look at the scoreboard your team has still gone down by 30 because Melbourne are an insatiable, ruthless and unbelievably efficient point-scoring machine who attack your try line from minute 1 to minute 80.

After taking advantage of the V’landysball omni-shambles to break all sorts of scoring records last year they’re again racking them up, breaking the record for points scored after nine rounds which stood for 87 years.

In their last three games Melbourne have scored 162 points. More than what Newcastle, Canterbury, Brisbane, Canberra, Gold Coast, Wests Tigers, St George Illawarra and New Zealand have scored for the entirety of the season, three times as many games. That’s half the bloody competition.

What a team. When the Storm are on, all you can do is sit back and marvel.

North Queensland’s emphatic second half secured a 36-16 win over Newcastle, the Cowboys’ fourth win on the trot with the last three by a combined score of 101-24.

The Cowboys are third with six wins and while they’ve been taking care of business, pessimists may argue it’s tough to get a true line on them given their wins include Canberra twice, the Gold Coast, Newcastle and early-season Brisbane, although the Broncos are slowly finding a tune.

That’s a harsh take, because Todd Payten’s team are clearly better than previous models. Their defence is stout, on par statistically with the Storm and Panthers. Tom Dearden and the much-maligned Chad Townsend are a good halves combination and young guns coming through like Heilum Luki and Jeremiah Nanai create huge problems for opposition defences.

-A great win by the shorthanded Cronulla. New Zealand, however, are garbage

-Reports of the Sydney Roosters’ demise may have been somewhat overblown

-Debutant Trent Peoples was pretty decent on a bad Friday night for the Rabbitohs… but what kind of amateurish shambles of a setup was it that put him in the squad and on the field while ineligible for selection?

-Brisbane were good value for their third win on the trot, a 32-12 away win over South Sydney. If they can beat Manly in Magic round they’ll have a good break in the top eight

-Speaking of Manly, they continue to quietly accumulate wins where they should and unveil yet another good Trbojevic

-A two-year deal for Kieran Foran on the Gold Coast from next year? Good for him 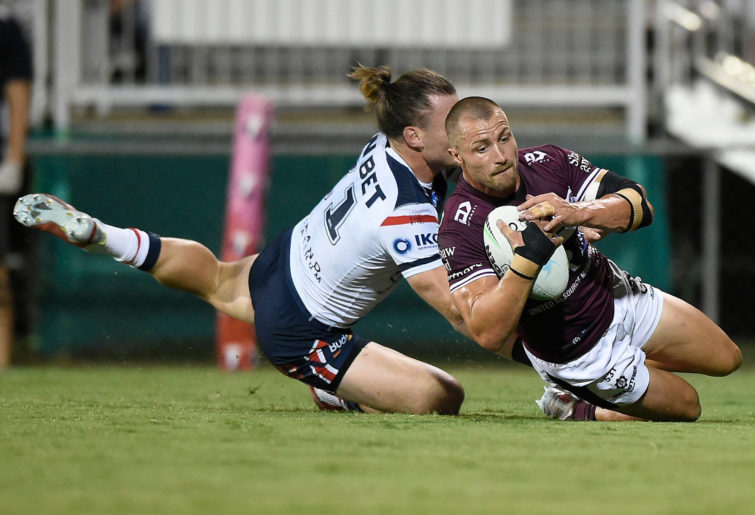 -Canberra finally won a game but it might have come at the expense of club legend Jarrod Croker’s career. Hopefully his injured shoulder is not as bad as it looked at the time, because he’d done good things up to then in his first game of the season.

Round 10, Magic Round, the most magic of rounds! What lies ahead for the good folk of Brisneyland and their assorted visitors?

To be honest, the game to make sure you’re in front of next week is Melbourne and Penrith on Saturday night. First versus second, no love lost, and a good match-up to boot. It’ll be a great game and a good test of both sides’ defence.

In other match-ups, Canterbury and Newcastle face off for 16th, Manly and the Broncos have a four-point game, the Bunnies and Dragons really, really need to beat the Warriors and Titans, Cronulla plays Canberra, the Roosters will get a workout against the Eels and the magic wraps up with Wests Tigers ‘hosting’ a rampant North Queensland.

What did you think of the weekend’s NRL games, Roarers?